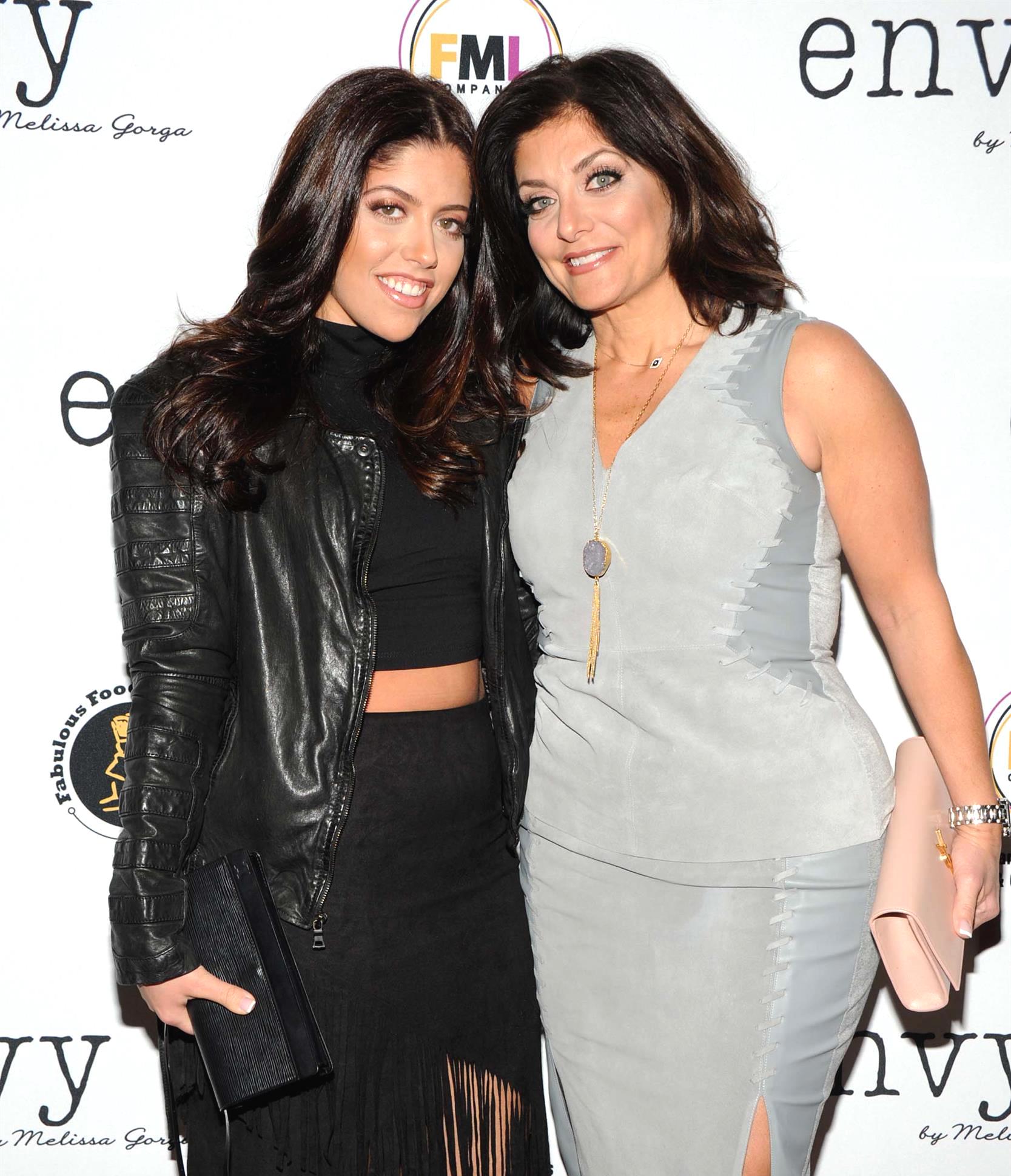 Former Real Housewives of New Jersey castmember Kathy Wakile‘s daughter Victoria Wakile is newly engaged to Teddy Kosmidis. Kathy even let fans in on the fun by posting a video of the beautiful engagement on Instagram.

It’s been a while since RHONJ fans have heard about Kathy and her on-again, off-again relationship with her cousins Teresa Giudice and Joe Gorga. The last time we saw Kathy and her husband Richie Wakile on the show, she had two teenage kids, Victoria and Joseph Wakile. But these days, her kids are all grown up.

Kathy, 53, has officially announced that she will become a mother-in-law after her 25-year-old daughter Victoria, who now works as a nurse, became engaged to Teddy on Saturday, August 24 at the Liberty House Restaurant in Jersey City.

“Richie and I are overjoyed with emotion and joy. We couldn’t be happier,” the former RHONJ star gushed in an interview with US Weekly. “We love our future son!”

“Two years ago you introduced me as your friend, and I always knew I wanted more. Will you be my wife?” Teddy reportedly asked his now-fiancée as he got down on one knee.

The couple celebrated the news surrounded by friends and family while enjoying a delicious strawberry shortcake with olive oil dessert (nope, not Kathy’s famous cannolis).

And while Kathy may not be followed around by Bravo cameras these days, she captured the beautiful proposal on Instagram so all her fans could get a glimpse.

Meanwhile, in an interview with the Hollywood Life last week, Kathy addressed a possible return to the RHONJ, admitting there had been “rumblings” about it from fans.

“Right now, honestly, I have really found what I love to do, and I’m really having a great time doing it,” Kathy shared. “It’s really my passion. Housewives was fun, and from that I got a lot of attention for my cooking and being in the kitchen. I’ve used that and I’ve gotten opportunities from that, so that’s keeping me really busy. There’s no drama in the kitchen. No drama whatsoever, so I’m happy.”

For the time being, Kathy remains focused on her cookbooks and her cannoli kit. She also stays busy by teaching a cooking course at the Remington College Culinary Training Center in Memphis, Tennessee.