Aviva Drescher Claims a RHONY Producer Forced Her to Do Shots and Slams Carole Radziwill as “Very Contrived,” Plus She Reacts to Ramona Singer’s Make-Out With Harry and Reveals If She’d Return

Vanderpump Rules Star James Kennedy On Where He Stands with Katie and Jax, Calls Jax’s Comments on Ariana’s Sexuality “Disrespectful” and Says Kristen’s “A Wreck”

EXCLUSIVE: RHOC Star Vicki Gunvalson Slams “Thirsty” Braunwyn Windham-Burke for Suggesting She Made Show ‘Inauthentic’ and Issues Her a Warning, Plus Braunwyn Claps Back at Fan Over Hair Loss 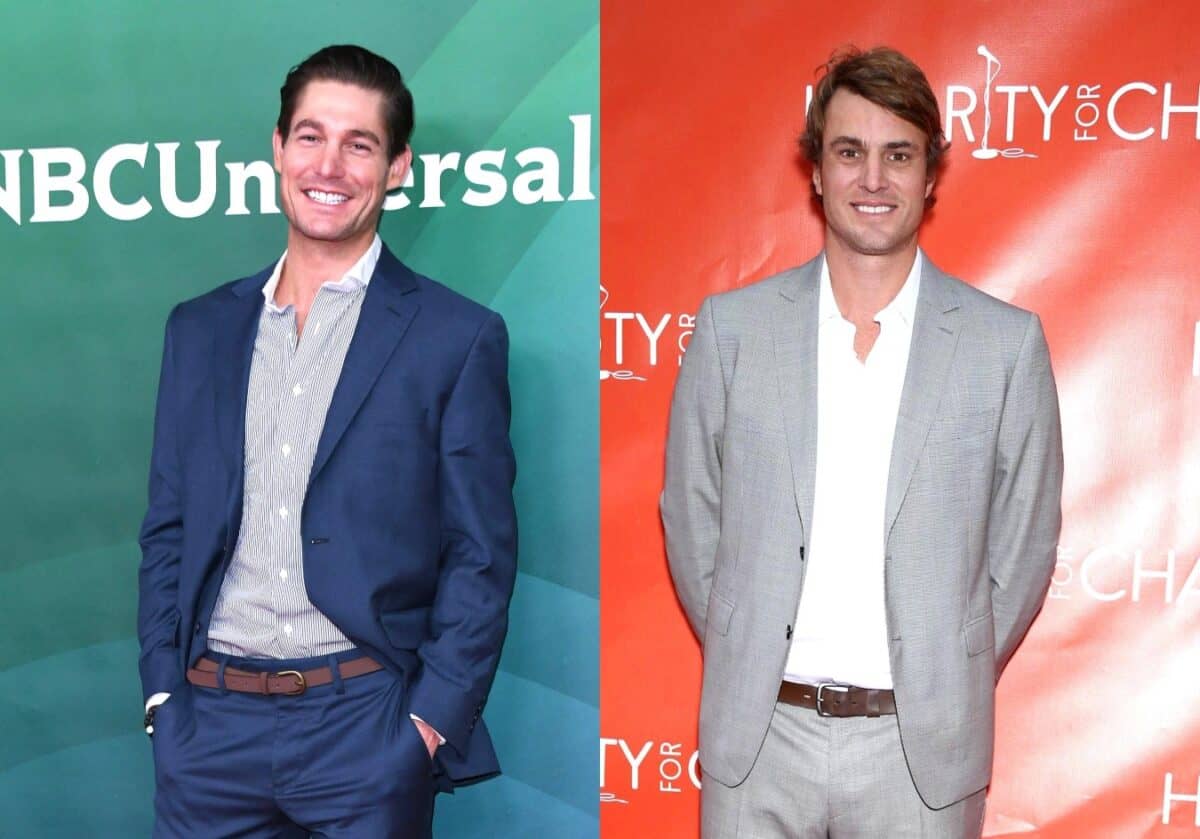 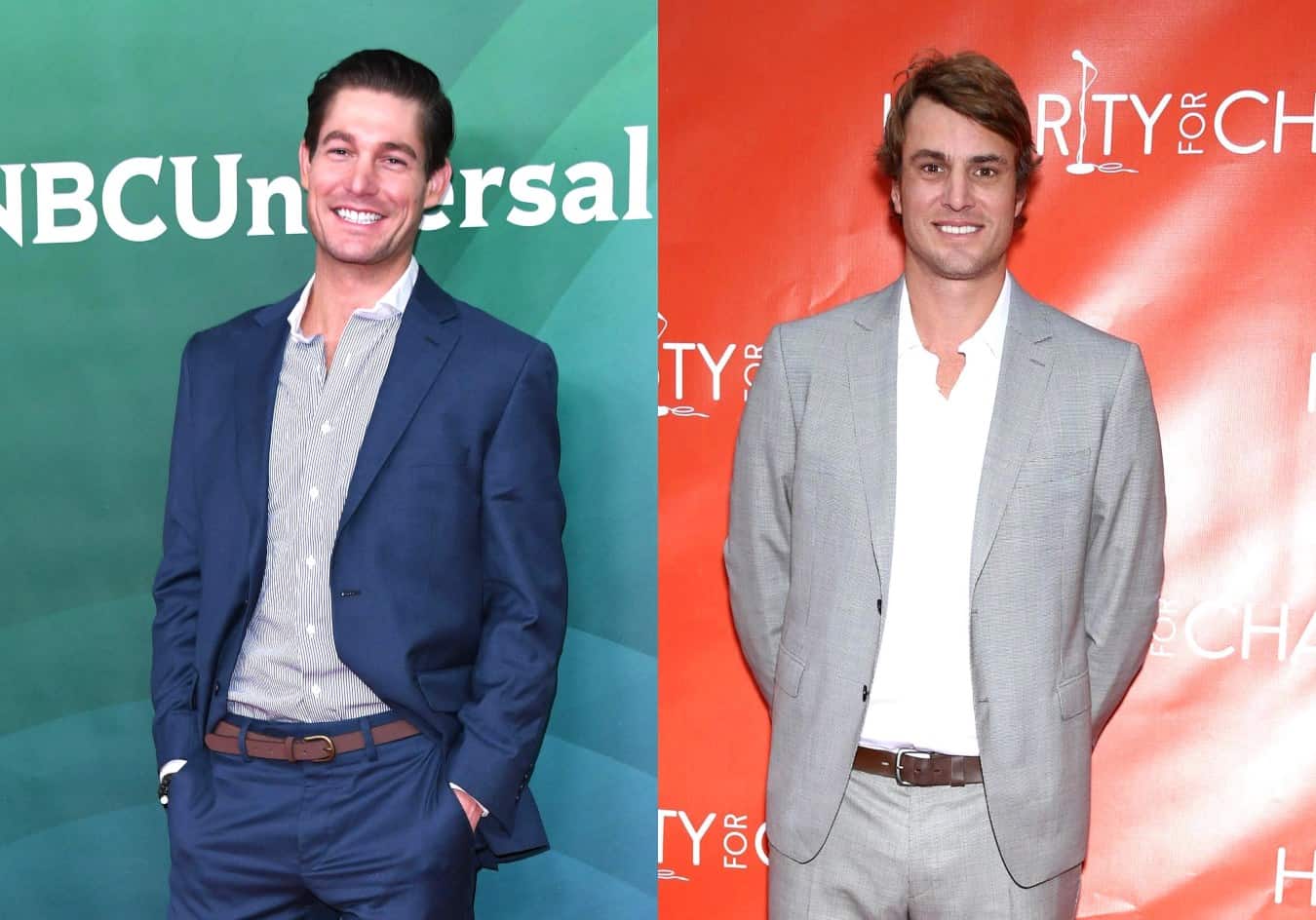 Craig Conover was raising a ton of cash for a good cause over the weekend as his Southern Charm co-star, Shep Rose, celebrated his 40th birthday.

As Shep was joined by at least one of his co-stars and several family members on his milestone birthday, Craig and his company, Sewing Down South, were teaming up with Lend a Hand Bahamas at The Lucky Knot clothing boutique in Alexandria, Virginia, where he raised $20,000 for those affected by Hurricane Dorian in The Bahamas.

“This is what it’s all about. Thanks to everyone that made it possible,” Craig wrote in the caption of an Instagram photo, which featured him and two other men holding a $20,000 check for the nonprofit organization.

This is what it’s all about. Thanks to everyone that made it possible. @lendahandbahamas @sewingdownsouth

After Craig shared this image, a number of his Southern Charm co-stars applauded his relief efforts. 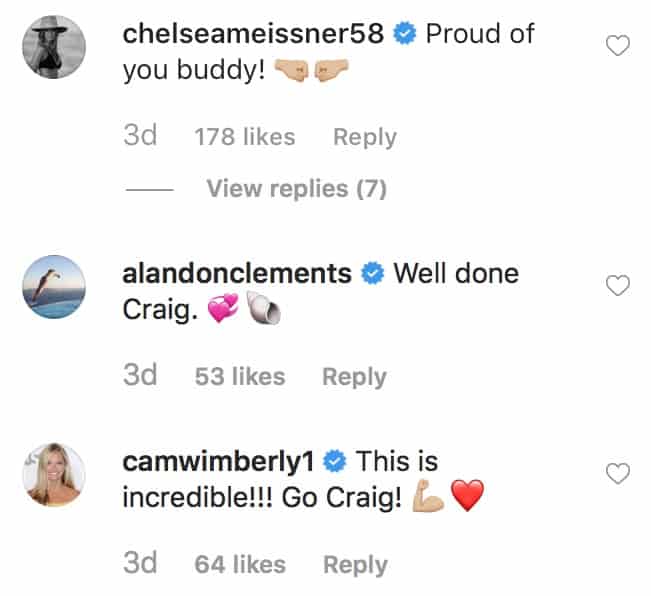 Amid Craig’s busy weekend in Virginia, Shep shared a photo of himself and his longtime friend Cameran after a cake fight.

“Thanks for all the birthday wishes today. Makes me feel all warm and fuzzy,” he wrote. “This picture is from a birthday cruise a few years ago. [Cameran Eubanks] started the cake fight if I remember correctly. I told my British friend [Cameron Lawther] I was 40 And his response was: ‘Bloody hell mate, well done for making it this far!’ Hadn’t thought of it that way. I like it. Count your blessings, etc.”

Thanks for all the birthday 🎂 wishes today. Makes me feel all warm and fuzzy. This picture is from a birthday cruise a few years ago. @camwimberly1 started the cake fight if i remember correctly 🤔. I told my British friend @cameronlawther i was 40 And his response was: “Bloody hell mate, well done for making it this far!” Hadn’t thought of it that way. I like it. Count your blessings 🙏 etc.

Shep then shared photos of himself spending time with several family members in Linville, North Carolina for his birthday.

With all the grandkids (and grandpup) getting ready to feast on this temperate night in the Appalachians. Every now and then one of them bursts into tears for no discernible reason (toy hoarding seems to be the typical culprit) But it’s mostly laughter. Thanks to @hallwines and @waltwines for sending a case for my birthday. ✌️ 🙏.

There are also adults here. Thanks as always to Mom and Dad for hosting and raising us. Loving laughing at old stories (we just rehashed how many times we’ve all gotten stitches (i win by a mile: over 15 times, 9 in the head) also scroll through for @goodboycraig face in the final photo. It’s amazing (swear I’m not holding him hostage) @williammahoney.us

Follow us and get the latest news delivered to your timeline!
Craig ConoverShep RoseSouthern Charm