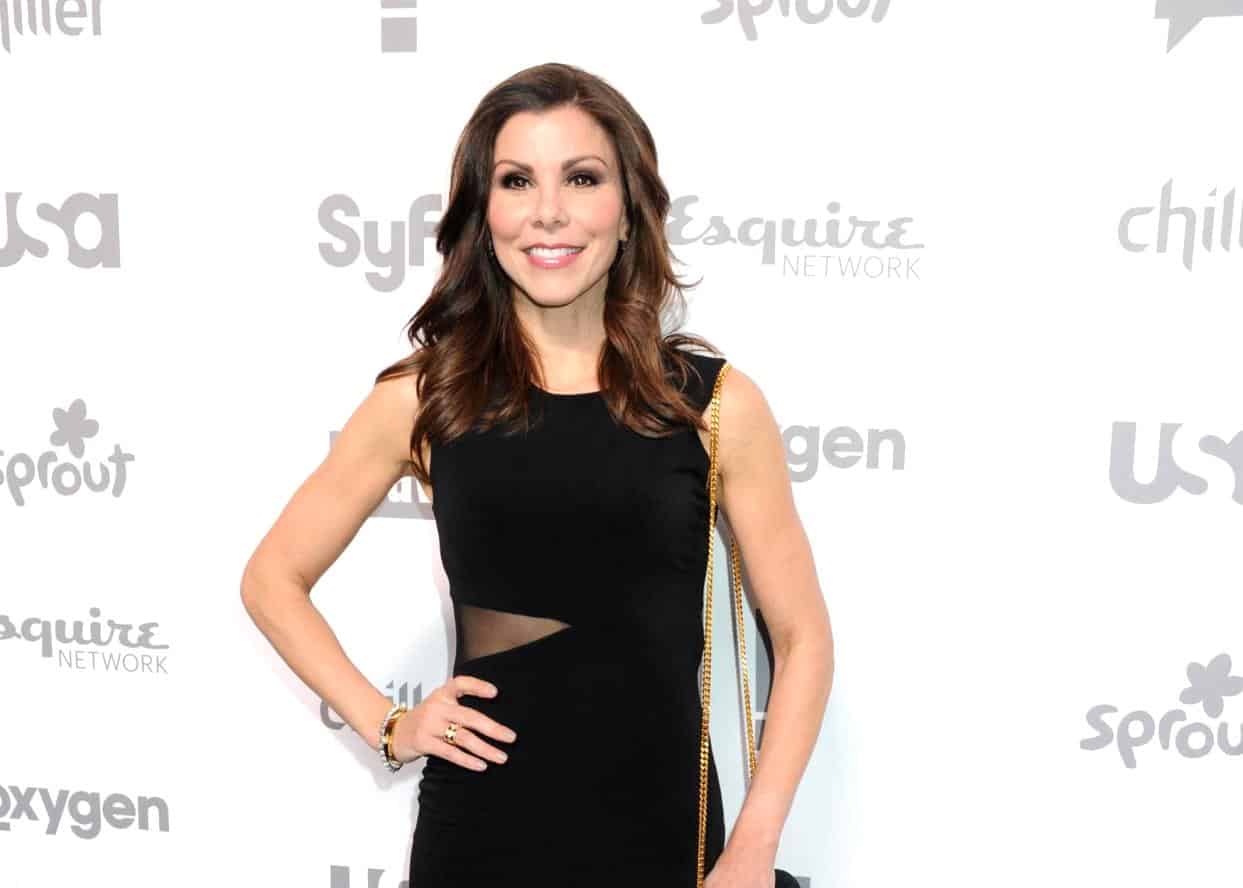 Heather Dubrow is looking back at her time on The Real Housewives of Orange County with amusement.

During a surprise appearance on David Spade‘s stand up special, Lights Out, Heather, at the prompting of comedian Whitney Cummings, poked fun at the Bravo TV reality series as she joked about the way in which the show impacted her mental health.

“Do you know how I got onto The Real Housewives?” Heather asked, via Entertainment Tonight.

“No, I’m asking,” she continued, “because I was drunk the whole time. Did you watch that?”

Heather was added to the RHOC cast in 2012 for the show’s seventh season and announced her exit from the show in 2016 after season 11.

Continuing on to the audience, Heather compared RHOC to the high-impact sport of football.

“If you don’t know what The Real Housewives is, it’s like football for women,” she explained. “But with more brain damage.”

As the show went on, Heather poked fun at her appearance and her marriage to plastic surgeon Terry Dubrow, who is featured on the E! Network series Botched.

“I know, I look like a woman who used bribery to get my kids into college,” she laughed.

“Everyone wants to know the secret to staying young… marry a plastic surgeon. I married one to get the employee discount!” Heather added.

Since Heather quit RHOC, her potential return has been discussed on a number of occasions. However, with her former on-screen nemesis Kelly Dodd still on the show, it is highly unlikely that she’ll reprise her role anytime soon. That said, during an interview earlier this year, Heather said “never say never” when asked about a possible comeback.

“I don’t know! If you had asked me eight years ago, ‘Would you ever do a reality show,’ I’d be like, ‘Nooo! Not happening!’ And here we are. So I say ‘never say never’ because I do so many things I never knew I was ever gonna do,” she explained to TooFab. “Not imminently, how about that?”