Kelly Dodd Slams Heather Dubrow For Saying She’s Unlikely to Return to the RHOC Because of Her, Reveals Season 14 Premiere Date 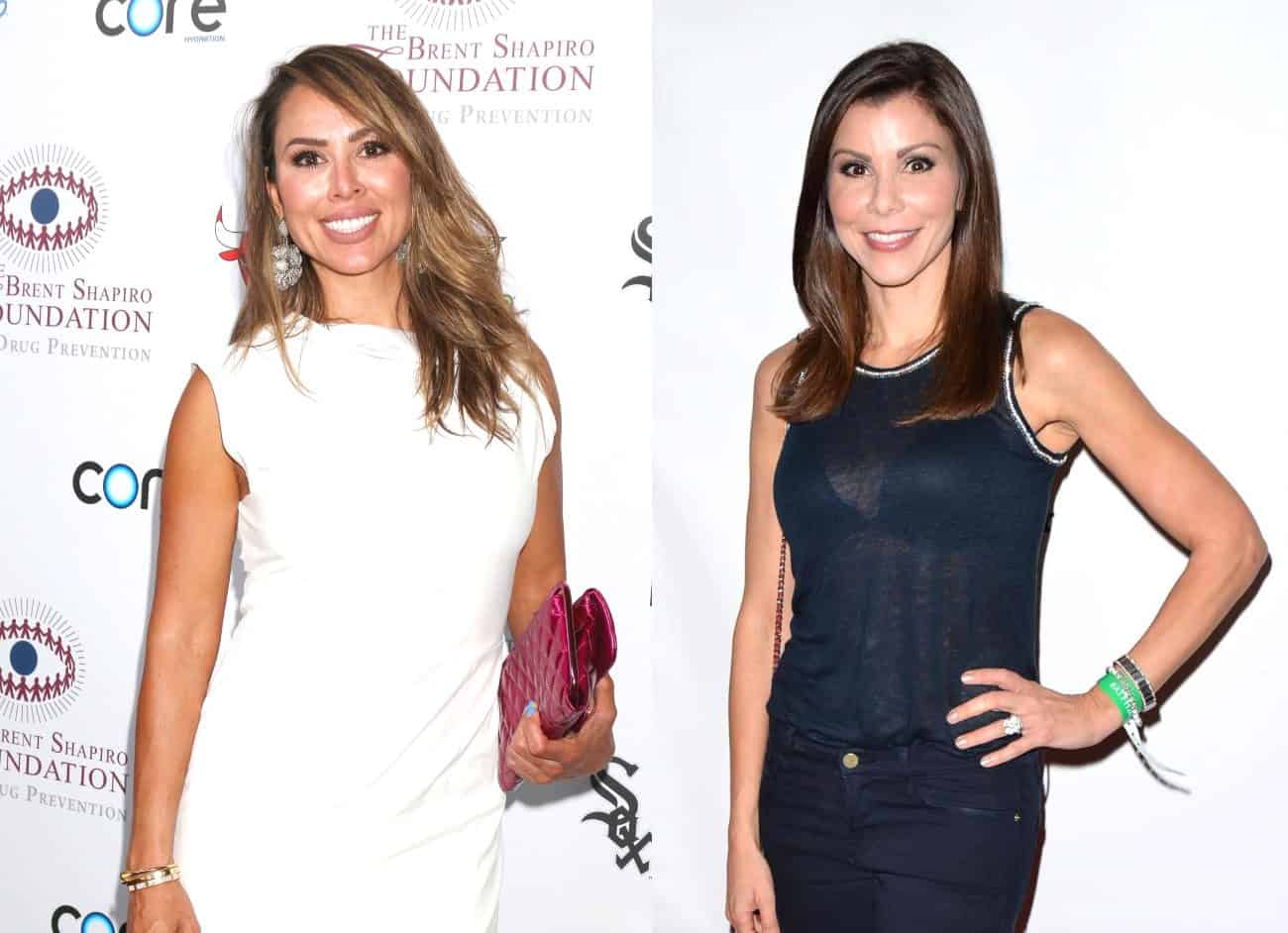 Kelly Dodd is firing back after learning that Heather Dubrow recently said she’d be far more likely to consider a Real Housewives of Orange County return if Kelly was not on the show.

After Heather discussed her ongoing feud with Kelly on her podcast, Heather Dubrow’s World, and admitted that their drama has kept her away from the series for the past few years, Kelly responded to a fan who wanted to know her thoughts on the matter. She then proceeded to confirm the upcoming premiere date for season 14.

“Time for her curtain call to close!! #Sorrry not sorry go away! #irrelevant,” she added in a second message. 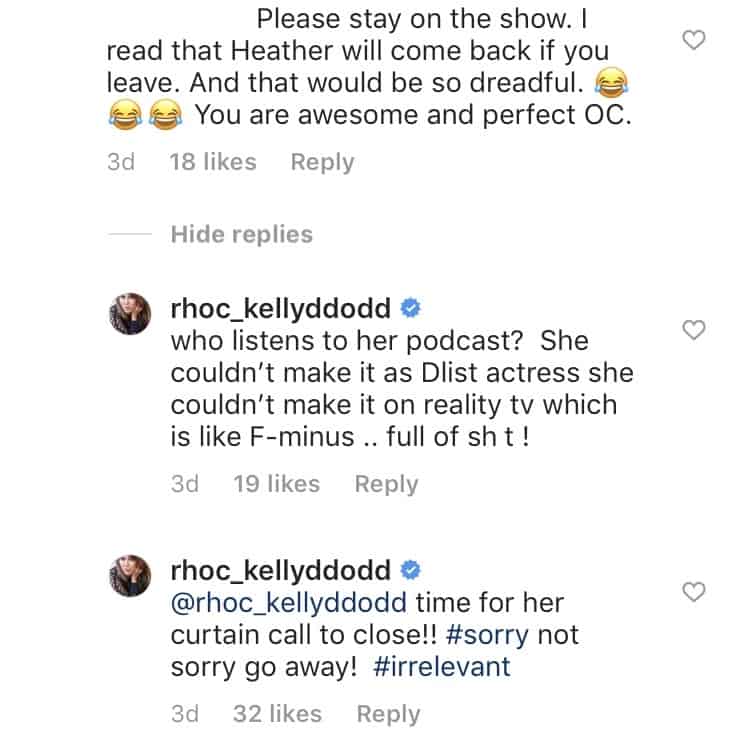 In another set of messages, Kelly told her online audience that Heather was given the option to return to the RHOC for the series’ 12th season but failed to do so because she was only offered a “friend” role. Kelly slammed Heather’s on-screen antics as “fake.”

“Sorry not fired she got demoted .. so she didn’t take the deal. My bad,” Kelly said.

“Remember her crying in the car leaving the sushi place? Couldn’t get a tear out #fake,” she continued. 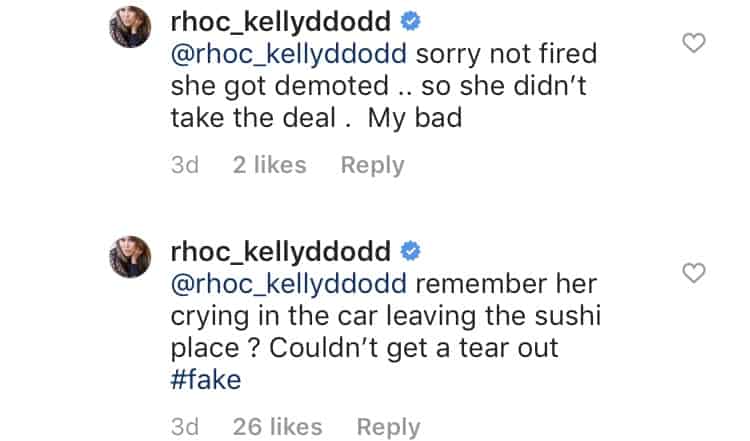 In 2017, shortly after Heather departed from her full-time role, Jeff Lewis suggested she did not vacate her role on her own accord.

While Bravo TV has not yet confirmed the start date or official cast lineup for season 14, Kelly took it upon herself to leak the premiere date on Instagram as she vented about Heather.

The Real Housewives of Orange County began production on season 14 earlier this year.