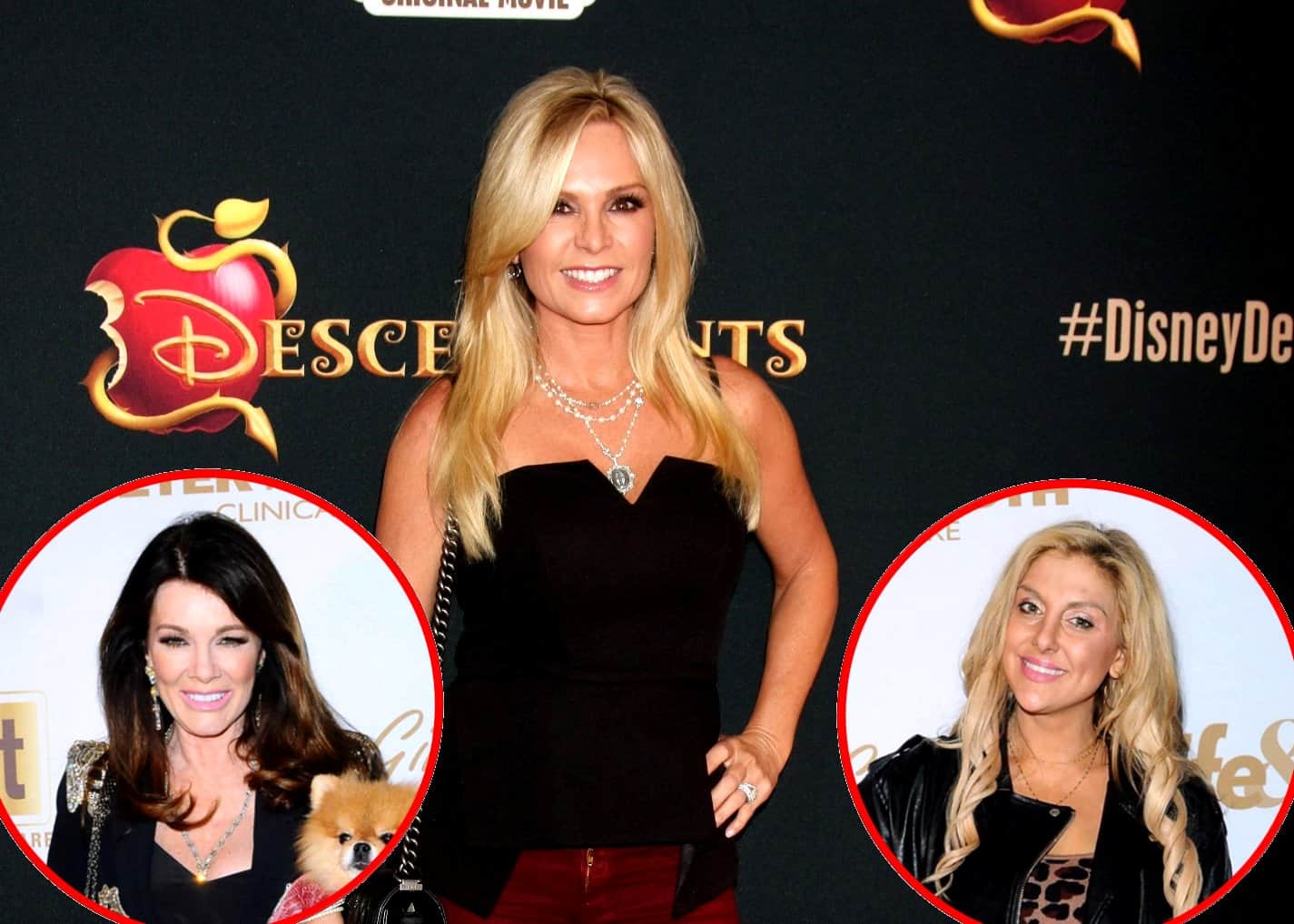 Tamra Judge is revealing what fans can expect on the upcoming Real Housewives of Orange County season!

During a recent taping of Heather Dubrow‘s Podcast One radio show, Heather Dubrow’s World,  Tamra dished on the upcoming 14th season of the RHOC, which is expected to be quite dramatic for Gina Kirschenheiter. Tamra also revealed her thoughts on Lisa Vanderpump‘s exit from The Real Housewives of Beverly Hills.

When it comes to what fans can expect to see from The Real Housewives of Orange County season 14, Tamra suggested someone was “secretly filming.” She also said the new episodes were not lacking content.

“Everybody had something going on in their life. It’s not one of those things where we’re sitting around the table going, ‘But you didn’t invite me to that party!’ No, it was like real-life stuff, and that’s when things are good,” she explained to Entertainment Tonight during the taping of Heather’s podcast.

“Gina had a lot going on in her life,” Tamra continued. “I think everybody is gonna be shocked. I think Gina really was a rockstar this season.”

As fans may have heard, Gina was charged with DUI earlier this year as filming began on season 14. She also reportedly reconciled with husband Matt months later.

Tamra also voiced her thoughts on Lisa leaving The Real Housewives of Beverly Hills after skipping the reunion. She said Lisa should have gone and resolved things with her co-stars.

“The difference between me and Lisa is I need the check,” Tamra laughed. “And if you don’t go [to the reunion], you don’t get paid.”

As for Heather, she revealed if she’s still open to returning to the RHOC.

“Well, I always say ‘never say never,’ because, you know, if in two years I was back on the show I don’t want to be like, ‘Well, they’re going in a different direction and I really like the way it’s going.’ You never know what life is gonna bring you, but I feel like I’m in a good spot [off the show],” Heather shared.

Prior to her exit after season 11, Heather was involved in a number of heated disputes with co-star Kelly Dodd, who recently lashed out at her on Instagram after seeing her at their local gym. Heather admitted that she’d be far more likely to come back if Kelly wasn’t on the show.

“I think when it’s authentic and we can show our true lives and interact with people that we really would have in our day-to-day lives, and with the normal interactions and drama that goes along with that, I love it and I’m completely on board,” Heather explained. “But I feel like, when certain characters—and I will say characters—are brought on to be incendiary and light the match, then that takes me a little bit back.”