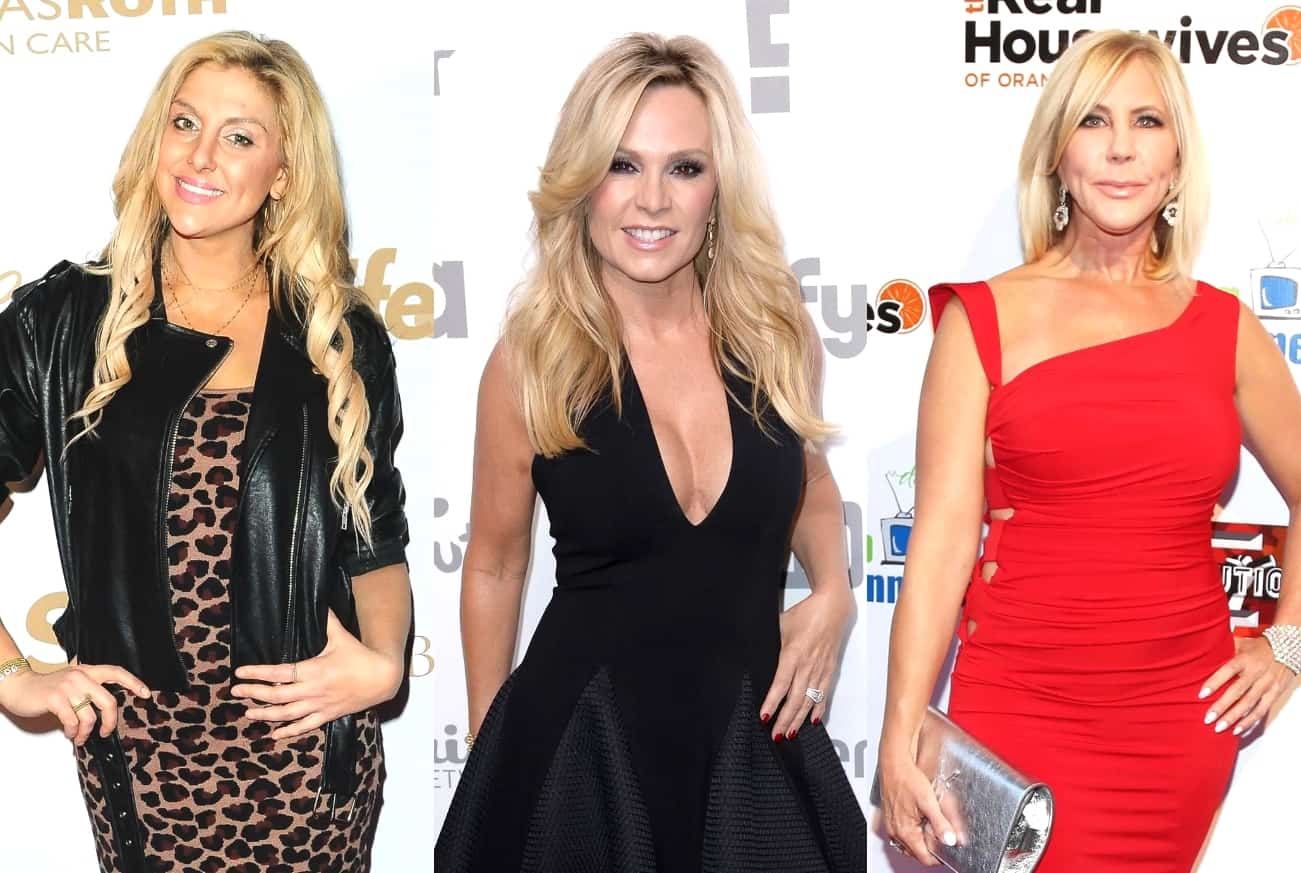 Gina Kirschenheiter is speaking out about her Real Housewives of Orange County co-stars, Tamra Judge, and Vicki Gunvalson.

During a new interview, Gina opened up about the best and worst traits of Tamra and Vicki before revealing the sweet and salty sides of herself.

“Tamra and I are actually really good friends and she’s really is one of the only people who, when I was going through everything that I was going through, would consistently check in on me and see how I was doing,” Gina revealed to People TV’s Reality Check on November 5. “She’s always there for me. She really is.”

“I know people now are trying to say that all of the sudden I’m friends [with her] but I’ve consistently been friends with Tamra from the start,” she continued. “We just became better friends throughout all this B.S.”

While Gina believes Tamra is a great friend to her, she also said that she’s a bit of a loud-mouth.

“If you do not want something repeated, you cannot tell that woman because she is for sure going to lay your dirt out there,” Gina explained.

That said, Gina added that if Tamra knows someone really doesn’t want something repeated, she won’t share it.

“I mean, I’ve basically given people all of my skeletons by now, but she’s known some of them before I’ve shared myself,” Gina said.

Gina then spoke about Vicki, explaining that while she is very maternal and sweet, she also has a naturally salty side.

“What I love about her, her sweet part is she’s very maternal. She’s always calling me ‘honey’ and petting me and kissing me. But then at the same time, she can’t help herself. She naturally switches to that salt,” Gina noted.

During one particularly salty moment, Gina allegedly watched as Vicki told people at an event that she was embarrassed to be a part of the current cast of RHOC.

“She’s like telling everybody who wants to associate her with Housewives, ‘I’m just so embarrassed to be a part of this cast right now,'” Gina recalled. “[Vicki] doesn’t care. She gives zero Fs… In the same sentence, she can care about you and then care about no one.”

As for her own best and worst qualities, Gina said she has no filter.

“I’m like that person where you’re thinking it, but I’ll say it,” she admitted. “It’s the New Yorker in me. And I don’t think there’s anything wrong with that. That’s why I have a hard time navigating the Orange County thing because they don’t do that.”

Despite being a “bit brazen,” Gina said she does her best to be a “good person” and “do nice things for people.”