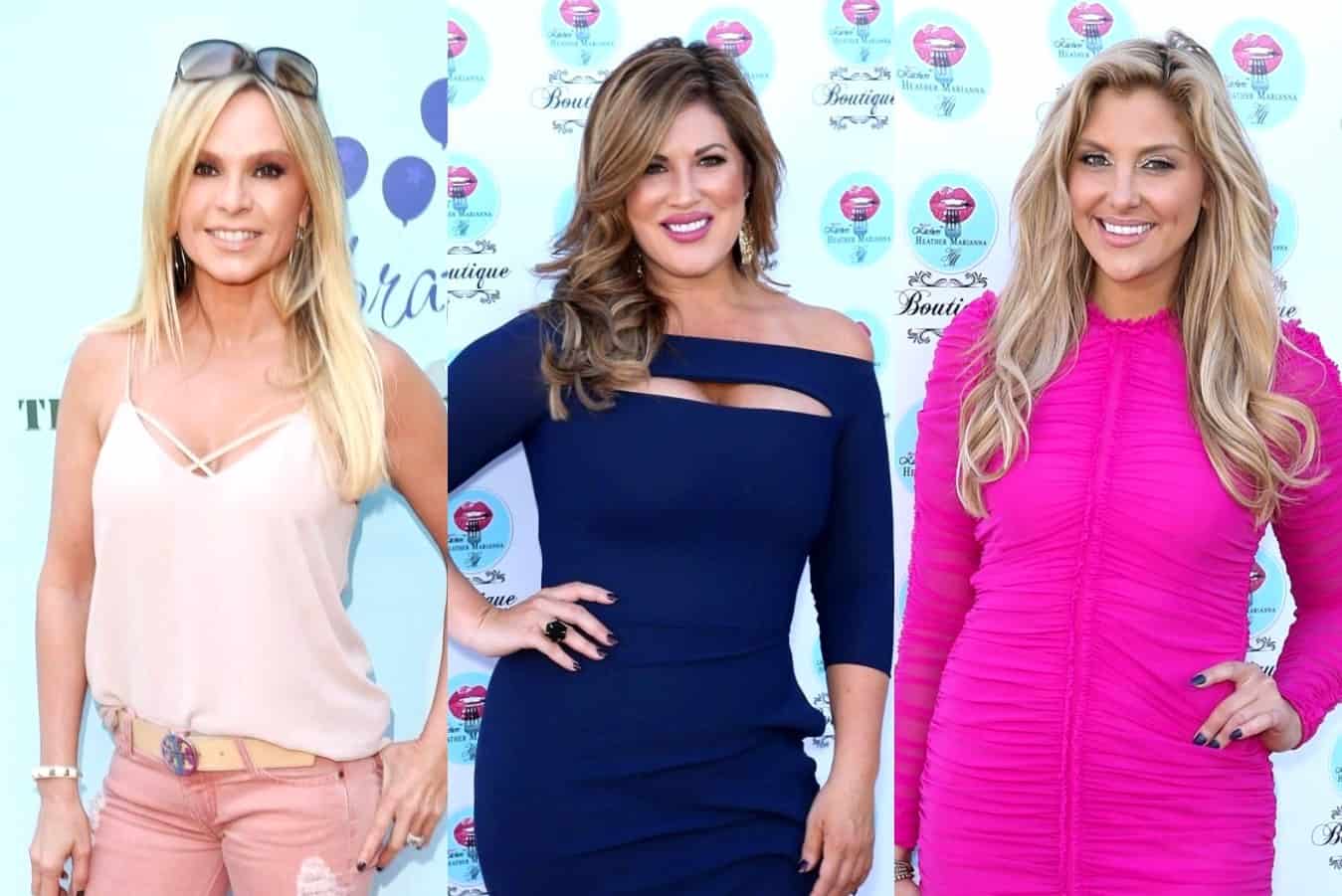 Tamra Judge is making a shocking accusation against Emily Simpson in a series of posts on Twitter as she claims Emily tried to “dig up dirt” on their Real Housewives of Orange County co-star Gina Kirschenheiter.

After Gina was accused of incorrectly assuming that Emily was out to hurt and embarrass her during season 14, Tamra said that was exactly what Emily was doing before slamming the mother of three for manipulating Gina and playing victim.

“Why in the world would Gina just assume that Emily was out to hurt or embarrass her. I cannot see Emily doing that on purpose,” a fan wrote on October 18.

“Because she is!” Tamra replied.

According to Tamra, she has proof that Emily was attempting to get dirt on Gina amid filming on the new episodes.

“I have the messages of Emily trying to dig up dirt on Gina her bff. So when Emily says she’s not manipulative…bullsh*t! That’s why no one wants anything to do with her,” Tamra continued, adding the “victim” hashtag. 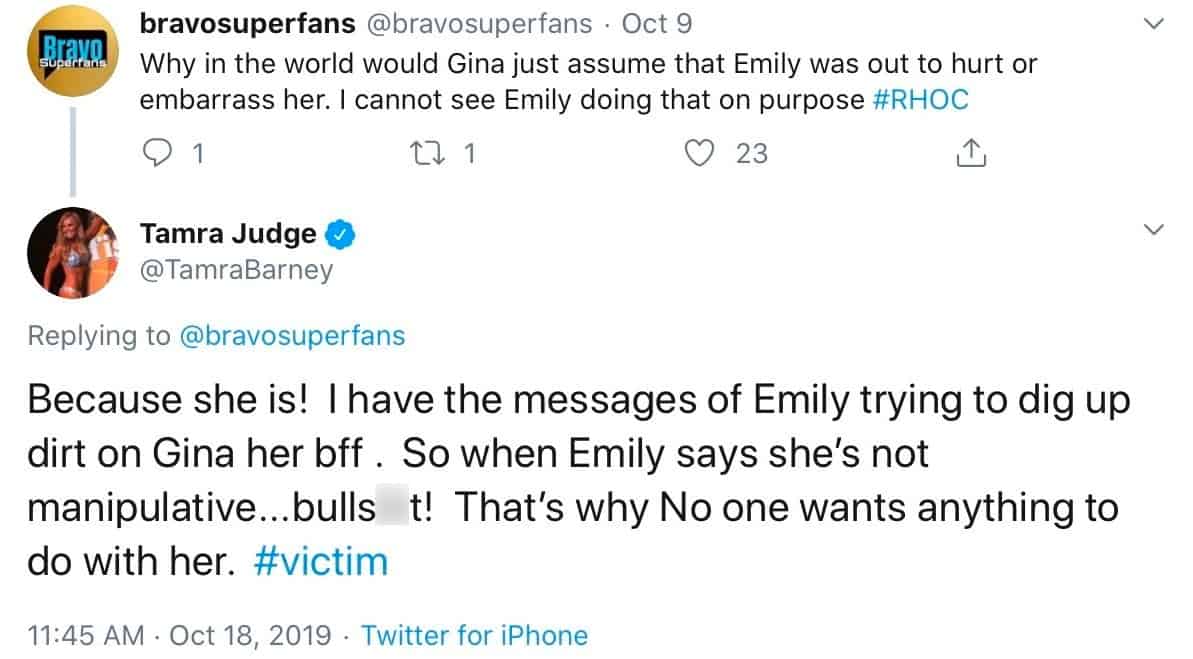 In a second tweet, Tamra responded to a fan who accused her of breaking up Emily and Gina’s friendship.

“You came into an old friendship and messed with it. You’re horrible. This is why you have no real friends,” the person said.

“Keep thinking that. I’ve done nothing to her. Just because someone plays victim doesn’t mean they are innocent,” Tamra explained of Emily, who she blocked on Twitter weeks ago. “I’d rather be a strong survivor.”

Earlier this month, Emily appeared on an episode of Watch What Happens Live with Andy Cohen, where she accused Gina of taking issue with her in an effort to get closer to the other women of the show, including Tamra, Shannon Beador, and Vicki Gunvalson.

“I really didn’t get upset but I felt that she was getting closer to them to the detriment of our relationship and that’s what bothered me. And that’s what hurt me,” Emily said. “I have tons of other girlfriends and so does she, so that wasn’t the issue.”

“I felt like she kept getting mad at me to get closer to them and that’s what bothered me,” she added.