Home Real Housewives of Orange County News Does the RHOC Cast Think Tamra Judge is the Master Pot-Stirrer? They Speak Out as Kelly Accuses Her of Having an Agenda, Plus RHOC Live Viewing Thread

Does the RHOC Cast Think Tamra Judge is the Master Pot-Stirrer? They Speak Out as Kelly Accuses Her of Having an Agenda, Plus RHOC Live Viewing Thread 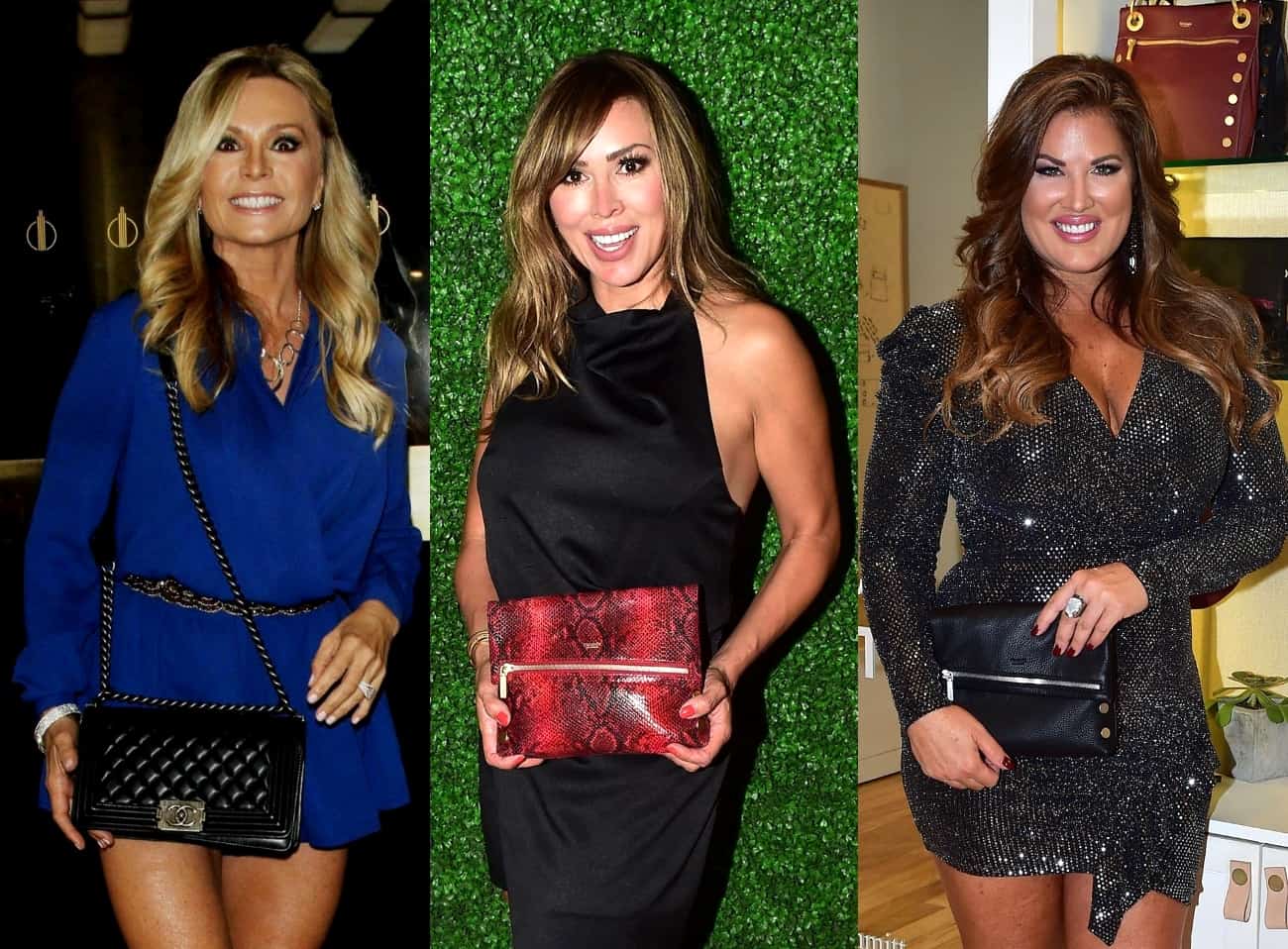 The Real Housewives of Orange County cast weighs in on whether or not Tamra Judge is calculating in the way she goes about the show. Plus, the ladies explain why Kelly Dodd manages to get away with more things on the show than they can.

Nearly every housewife put Tamra’s character into question during Tuesday’s episode after she was caught in a lie, claiming Braunwyn Windham-Burke was speaking badly about Kelly during Vicki Gunvalson‘s birthday party. But after speaking with Braunwyn face-to-face at a dinner alongside Emily Simpson and Shannon Beador, Kelly realized that Tamra’s story just didn’t pan out.

“I left for the weekend without cameras and Kelly texted me going, ‘I wish you were going to this dinner tonight,'” Tamra explains of the dinner during Bravo’s After Show. “Something happened, I’m not aware of it and Kelly does what Kelly does, goes and just blasts me.”

As fans can recall from Tuesday’s episode, Kelly revealed to Shannon that Tamra bad-mouthed her all the time, even about her supposed weight gain.  “Tamra’s two-faced. She’s a freakin’ two-face, okay?” Kelly shouted at Shannon, Tamra’s closest friend on the show, who was nothing short of dumbfounded.

“When you heard the compilation, it was like, what?” Shannon recalls of the episode on the After Show alongside a nodding Braunwyn. “What? This is my best friend, we’re like sisters, what are you talking about?”

The camera then cuts to Kelly, who goes on to explain how Tamra stirs the pot on the show.

“Tamra’s very, very, very, very, uber, uber smart,” the Positive Beverage Owner dished to the camera. “I think that she — what she does is she hits the beehive and she runs so if you see the whole past 14 seasons, she has a way of doing that.”

“But under all these layers, like an onion, she has an agenda. And that’s to make everyone kinda look bad but herself,” adds Kelly.

Emily, who sat beside Kelly during the interview, agreed with the sentiment that Tamra likes to start drama.

“It was just a realization when you put people together and they start cross-referencing notes that really Tamra was the one behind a lot of these frictions that were caused in these relationships,” Emily explains. “I think Tamra has relationships with people out of fear.”

In more RHOC news, Bravo has released photos of the women during the reunion taping that took place last Friday. Below are the pics.

RHOC Live Viewing – This is also a live viewing thread for tonight’s episode of the RHOC, so feel free to comment and chat as the new episode airs tonight at 9/8c on Bravo TV. A preview clip is below.