RHOC’s Kelly Dodd Accuses Tamra Judge of Purposely Telling Vicki About Her Funeral Comment, See What Tamra’s Saying About Her ‘Loose Lips’ as Kelly Says it Wasn’t a “Slip” 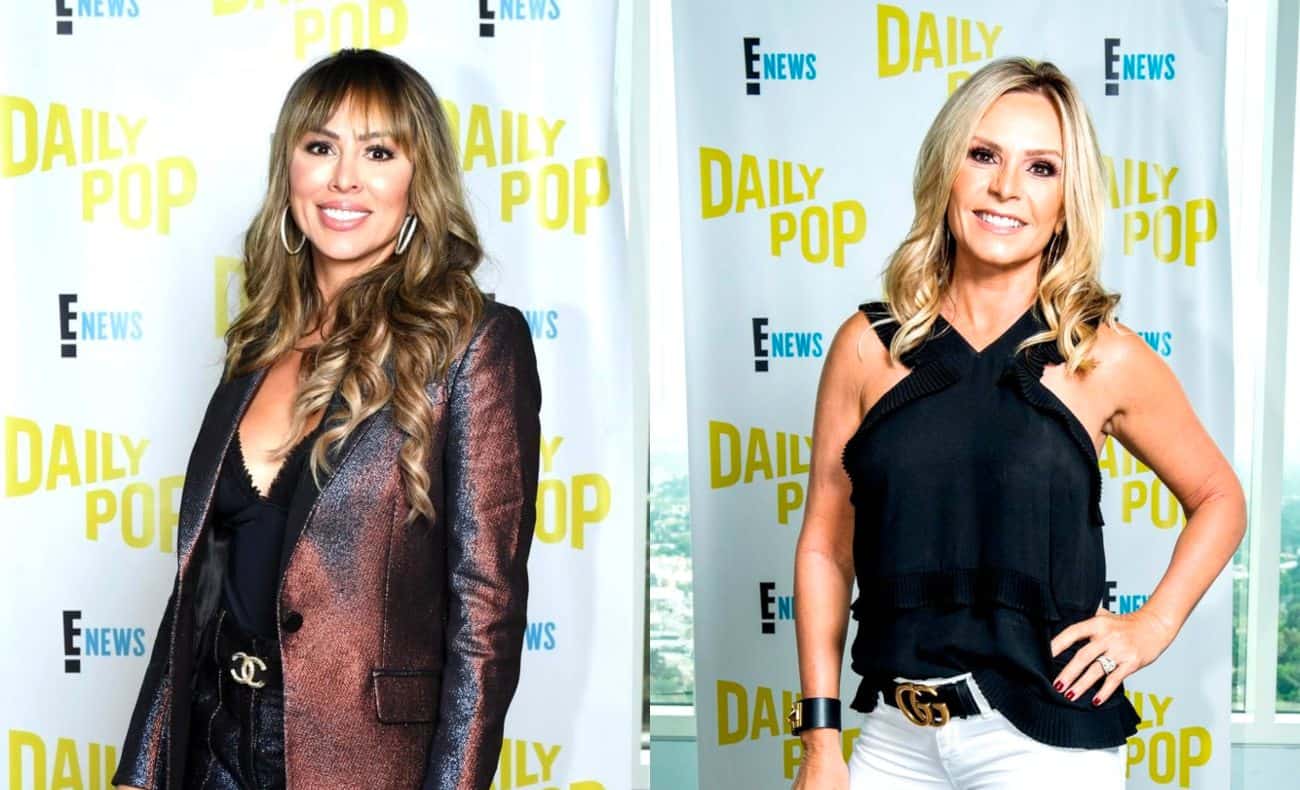 During the latest episode of the Bravo TV reality series, Tamra repeated to Vicki that Kelly had earlier told her that she would rather go to Vicki’s funeral than attend her birthday party. After blurting this out to Vicki during a car ride, Tamra acted like it was an accidental slip. Kelly, however, isn’t convinced that Tamra didn’t mean to leak the information to Vicki.

Along with a meme in which a woman was seen pretending to be shocked, Kelly reacted to Tamra’s alleged “slip.”

“Tamra letting that ‘slip’ out and then acting like…,” Kelly wrote in the caption of the meme.

Tamra letting that “slip” out and then acting like…
#RHOC pic.twitter.com/tE4tiVEUIe

Kelly then shared a second tweet in which she told her fans and followers that she decided to skip Vicki’s birthday party in an effort to avoid any potential drama her appearance would cause.

“I thought by sitting this one out they’d have something else to talk about,” she explained.

At the beginning of October, Kelly shared a post with her online audience in which she accused Tamra of playing both sides and “stirring the pot.” Earlier this week, she re-tweeted the post.

“In case you’re new here. Tamra plays both sides and keeps both parties at odds while stirring the pot (on and off camera) in order to keep the heat off herself,” Kelly wrote.

In case you’re new here. Tamra plays both sides and keeps both parties at odds while stirring the pot (on and off camera) in order to keep the heat off herself #RHOC

While Tamra didn’t respond to Kelly’s tweets, she did react to a couple of fans on Instagram, who questioned her about her decision to tell Vicki what Kelly said about her funeral. 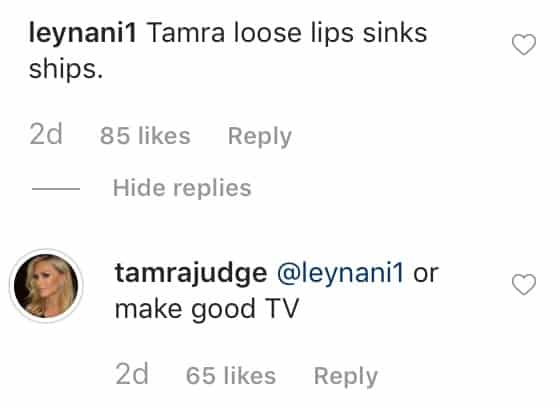 “Why would you tell Vicki about what Kelly said!!!” another fan wrote.

“Who cares,” Tamra wondered. “She said it on camera.” 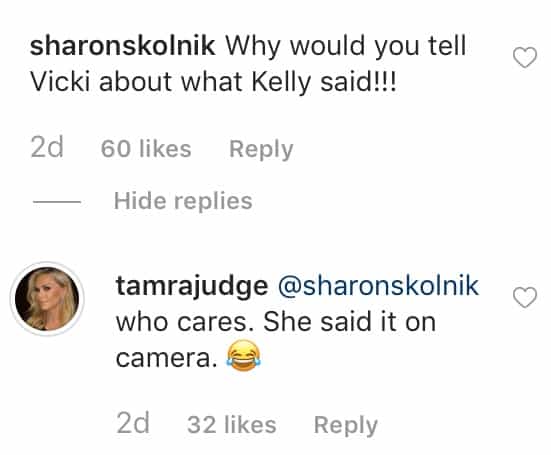 Tamra also explained herself on the RHOC: After Show.

“I knew she had said it to me on-camera and I’m kind of that person, like, if you say something to me on camera, unless you tell me, ‘Don’t say it,’ what’s the harm?” Tamra wondered.