RHOC’s Kelly Dodd Slams Tamra Judge as an ‘Uneducated, Stupid A**’ and Addresses Her Comment About Vicki Gunvalson’s Funeral, Plus Brandi Glanville Gives Update on Friendship With Kyle and Kim 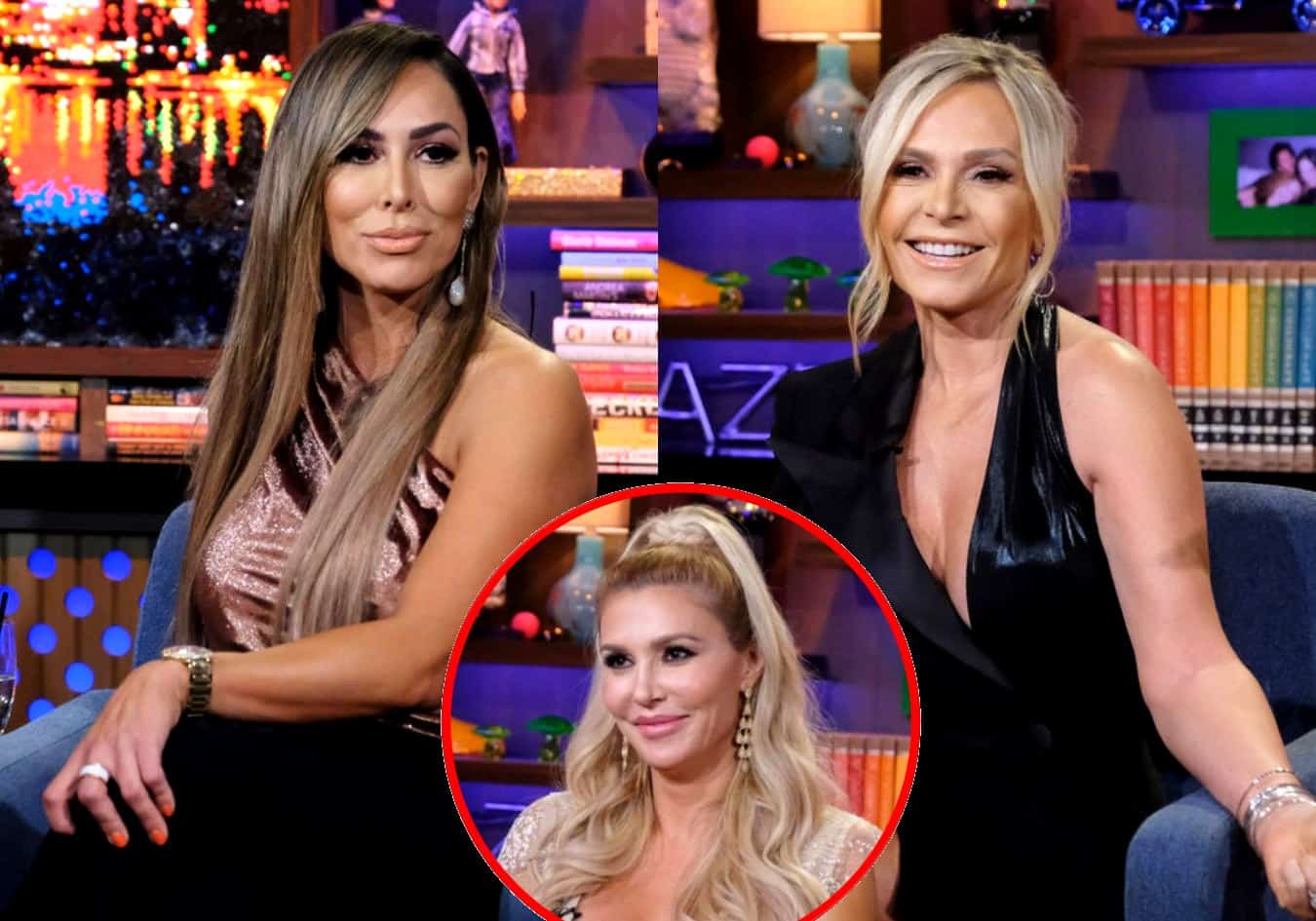 Kelly Dodd and Brandi Glanville appeared on the Tuesday night episode of Watch What Happens Live, where Kelly dissed her Real Housewives of Orange County co-star Tamra Judge. Plus, Brandi offered an update on her relationships with her former Real Housewives of Beverly Hills co-stars.

After being seen admitting on Tuesday’s episode of RHOC that she would rather go to Vicki Gunvalson‘s funeral than her birthday before downplaying the comment on the After Show, Kelly responded to Tamra’s statement about her being a “hood rat.”

“She’s the hood rat! She’s an uneducated stupid a**. Like, really? Go ahead!” Kelly explained to host Andy Cohen when asked about her co-star’s diss.

As fans may have seen, Tamra slammed Kelly for her comment about Vicki’s funeral on RHOC after telling Vicki the news, but Tamra claimed she blurted it out accidentally.

“It was meant to be a joke,” Kelly insisted of her statement while appearing on the After Show. “I made a pact to be cordial with the woman. I don’t want to be friends with the f**king b***h. Let’s just be honest. [She’s] done a lot of damage to me. Why would I want to celebrate [her] birthday?”

“Listen, if the lady died, I probably wouldn’t even go to her celebration of life,” Kelly continued. “I’m not going to pretend she’s going to be best friends with me. These other women pretend. I don’t pretend.”

While Tamra didn’t initially intend to tell Vicki what Kelly had said about going to her funeral, she accidentally leaked the information to her during a car ride with Shannon Beador. Looking back, Tamra explained that she didn’t feel too bad about telling Vicki what Kelly said because she knew Vicki would ultimately find out.

“I knew she had said it to me on-camera and I’m kind of that person, like, if you say something to me on camera, unless you tell me, ‘Don’t say it,’ what’s the harm?” Tamra wondered.

Tamra then said that Vicki definitely played the “victim” after hearing about Kelly’s comment.

“I feel like there was a whole lot of acting going on back there. I’m like, ‘Come on, guys. It’s Kelly being Kelly,’” she explained.

Also during the Tuesday night episode of WWHL, Brandi said that when it comes to her relationships with the RHOBH cast, she is finally in a good place with her former on-screen nemesis, Kyle Richards.

“For the first time in forever, Kim, Kyle, and I are all friends at the same time,” she shared. “It’s shocking.”