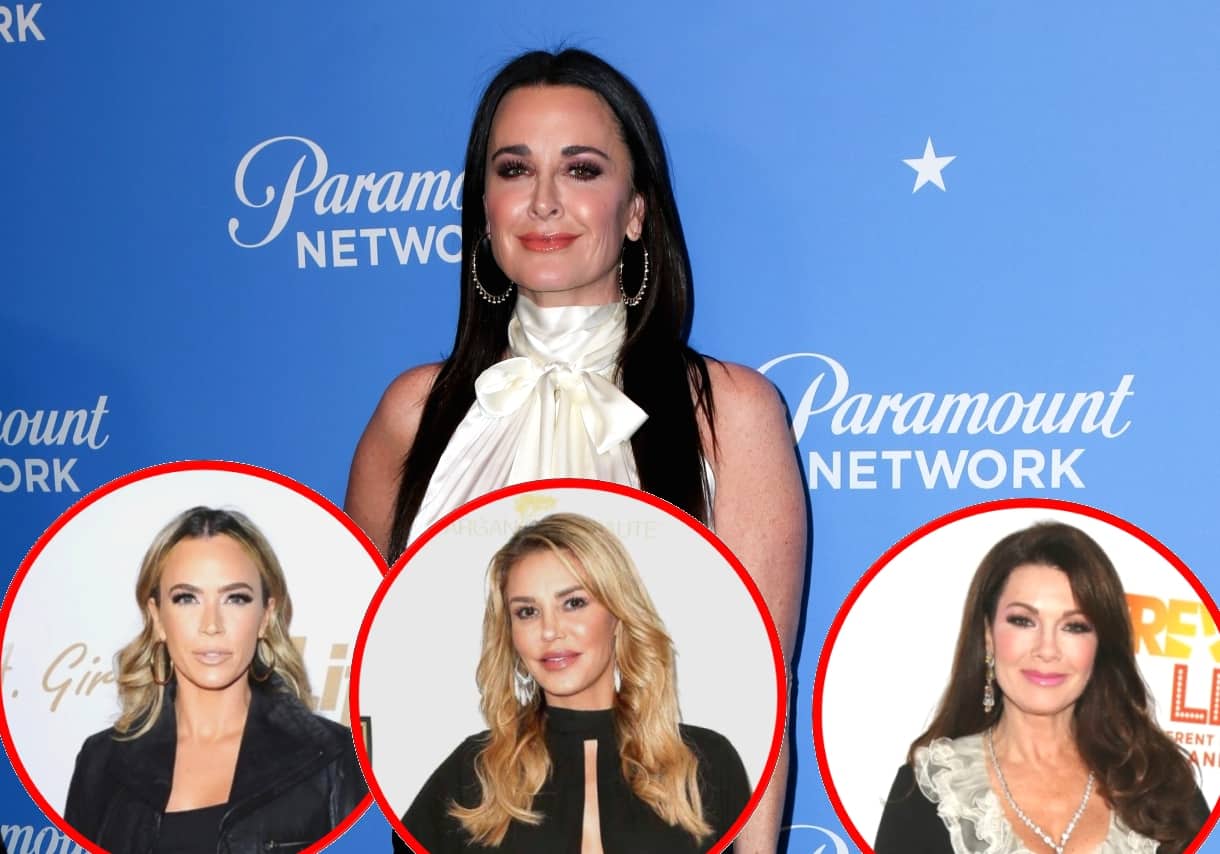 Kyle Richards is admitting that the thought of Brandi Glanville returning to the Real Housewives of Beverly Hills as a full-time cast member makes her very “nervous.”

During a recent interview on SiriusXM Radio’s The Jenny McCarthy Show, the Real Housewives of Beverly Hills star discussed her drama with Lisa Vanderpump before opening up about Camille Grammer‘s reunion behavior, her friendship with Teddi Mellencamp, and more.

“I’m waiting to be blocked,” Kyle Richards told host Jenny after being asked if Lisa blocked her online. “I’ve actually checked a couple of times, ‘Am I blocked yet?’ I’m not gonna lie. I literally look.”

According to Kyle, people notice everything she does on social media. Months ago, after a run-in with Brandi in Los Angeles, fans noticed Kyle began following Brandi online. Now, after putting the past behind them, Kyle is hoping to see Brandi back on the show.

“Yeah, honestly, I mean, I would. She makes me nervous sometimes just because she can go very low, to be honest. Sorry, Brandi, but I would. There’s a history there,” Kyle Richards explained, also adding that filming with Brandi is like “walking through a land mine.”

While Kyle and Camille have been friends for years, things between them became tense as they filmed the season nine reunion earlier this month after Camille arrived to the taping with “guns blazing.”

“I really did everything I could to not argue with her because we’ve made so much progress over these nine years since we had our fight season one. But the thing is, if you are going to think something and feel something, you’ve got to have some conviction,” Kyle explained. “You can’t change your mind every time someone else walks into a room. She just says whatever the person she’s talking to wants to hear so you don’t know what she’s really thinking and feeling.”

“She’s a people pleaser,” Kyle added. “She’s scared of the backlash so she just says whatever.”

Although Kyle and Camille may not be in the best place with one another today, Kyle’s relationship with Teddi is going strong. During Tuesday night’s show, the two women were accused of being “in cahoots” by Erika Jayne. Speaking to Jenny, however, Kyle denied any such thing.

“We were not in cahoots but when you have a friend on the show, it can be perceived as that,” she explained. “Teddi to me, she’s just an amazing girl. We have a lot in common. I love being with her. We spend a lot of time together off-camera. She’s so great. She’s such a great girl.”

Kyle then said that while she and Teddi weren’t “in cahoots,” as Erika suggested, Teddi does have her back.

“Teddi is a very strong-willed person. So, if someone is messing with me, she’s definitely going to step in,” Kyle said.

Also during the interview, Kyle addressed the rumors regarding her sister Kathy Hilton‘s potential addition to the Real Housewives of Beverly Hills cast.

“The thing is, my sister Kathy… She is one of the funniest people you’ve ever met. She is a prankster, she’s really wicked funny and everything she does is like a practical joke. She’s just crazy funny. She actually would be [really great on the show],” Kyle noted.

And while Andy Cohen has denied being in talks with Kathy at this time, Kyle suggested there was at least a slight chance that fans could eventually see her on the show.

“Andy came out and said that’s not true but never say never because although it’s not in talks, you never know,” she teased.