Home Real Housewives of Beverly Hills News Lisa Vanderpump Reveals if She’s Open to Fixing Friendship With Kyle Richards and Talks RHOBH Exit, Plus is She Filming a Special for the Reunion?

Lisa Vanderpump Reveals if She’s Open to Fixing Friendship With Kyle Richards and Talks RHOBH Exit, Plus is She Filming a Special for the Reunion? 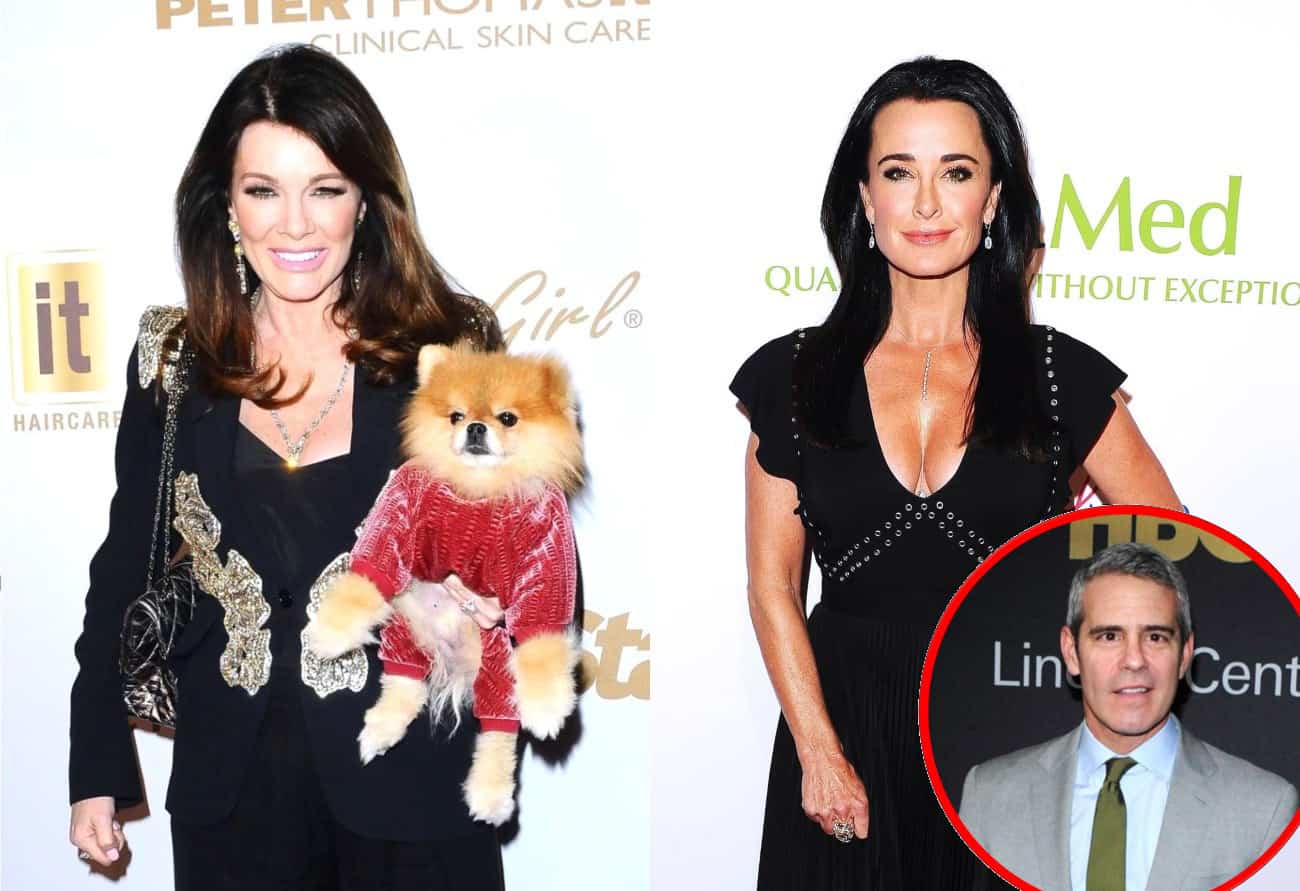 Lisa Vanderpump announced her exit from The Real Housewives of Beverly Hills last week, and in a new interview, she’s opening up about her falling out with Kyle Richards, and revealing if she’s open to fixing their friendship.

In addition to announcing her plans to quit the RHOBH last week, Lisa skipped the reunion taping which cost her a huge portion of her salary. Days after the reunion filmed, Kyle took to Twitter where she admitted she had actually hoped to find resolution with her former friend following their feud this season.

Unfortunately for Kyle, it doesn’t appear Lisa is as receptive to rebuilding their friendship.

“I think she had that chance,” said Lisa to the Hollywood Life when asked about possibly mending her friendship with Kyle in an interview published on June 9.

Lisa also questioned Kyle’s past attempt at reaching out to her, following their ugly fight at Lisa’s home which led to Kyle being kicked out, after Kyle stated she did not believe Lisa’s denials regarding not being the person who leaked a negative story about Dorit Kemsley to the media.

“It was the day before my birthday so that would be 10 months ago and I got a text the next day,” said Lisa about Kyle reaching out to her following their fight. “When people say they’ve reached out — When people reaching out to you to film on camera, that’s not really — ‘Do come meet us for drinks, oh by the way, the cameras are there.’ That’s a different scenario.”

Lisa also opened up about her time on the RHOBH as well as her soon-to-be departure from the series.

“I think 9 seasons — I’ve done 300 episodes of reality television, that’s a lot. I think 9 seasons it was good, it’s just a shame it ended like that. The negativity and the nastiness is something I’ve never thought anybody should have to endure,” she shared.

In more Lisa news, days after Andy Cohen confirmed he did not film any one-on-one special with Lisa for the upcoming RHOBH reunion, a new report is revealing an interview with Lisa for the reunion special might still be in the works.

“Andy and Lisa have both spoken about her absence at the reunion, and although he was bothered by her choice not to attend, he still wants her to be involved, so there are lots of talks happening about Andy and Lisa filming something on her own,” a production source revealed to the Hollywood Life.

“Lisa is very open to this idea, as she knows the fans would love to hear from her and see her film what will be her last episode of RHOBH. Andy is a businessman and he knows the reunion needs a little LVP to spice things up. At the end of the day, she is a staple on the show,” the insider continued. “Andy has also received a lot of heat from the other wives about giving Lisa special treatment, so the subject needs to be addressed in a fair and correct manner.”

As for Lisa, she is totally at peace with her decision to leave the show although Andy would prefer she stayed on.

“Andy and Lisa have spoken since she made her decision, and although he doesn’t want her walking away from the show, he knows it’s not his decision and her mind is totally made up. She’s really at peace with it,” added the insider.