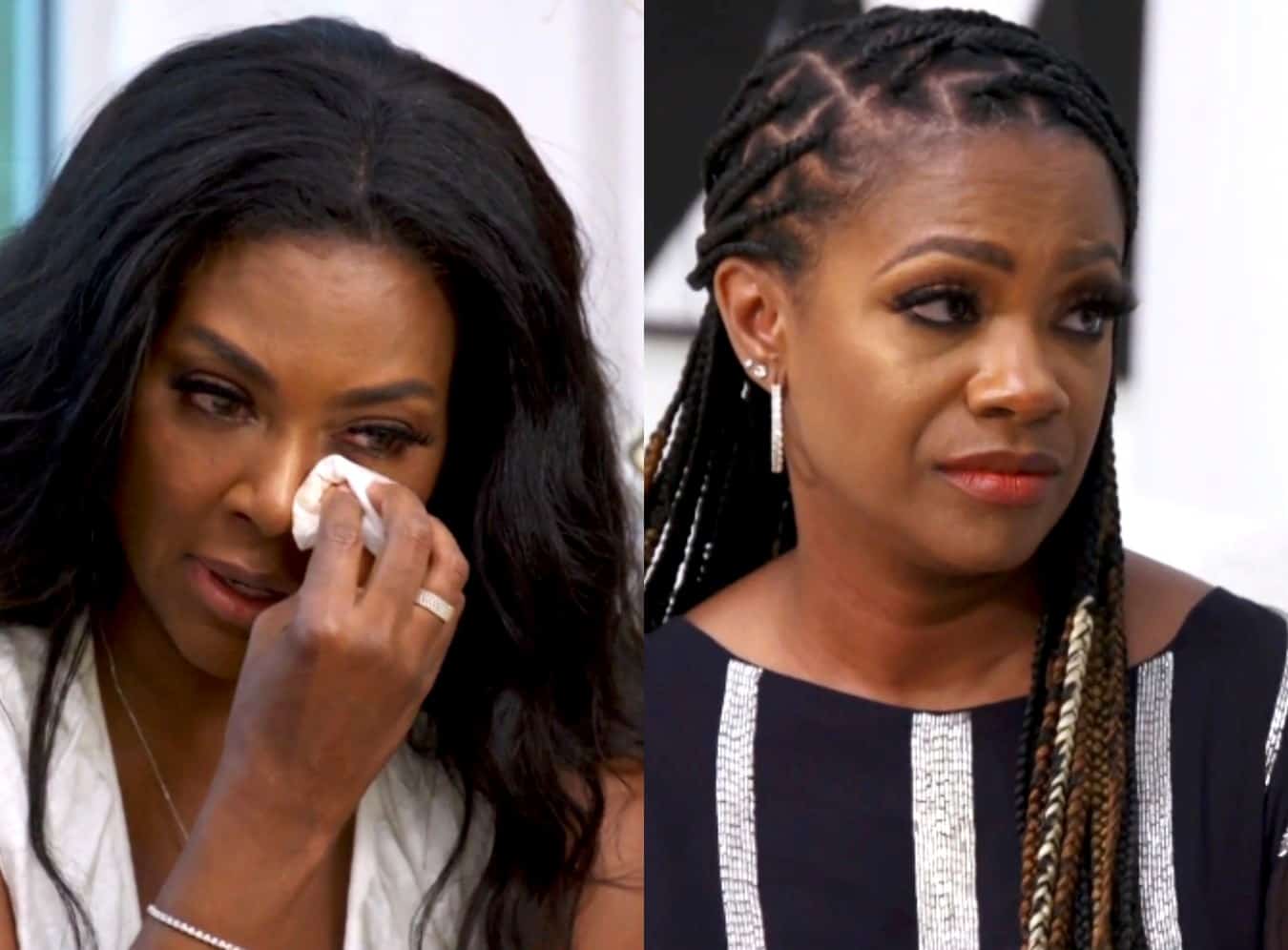 On this week’s episode of The Real Housewives of Atlanta, Cynthia and Nene collide on the World Pride Float in NYC!

Nene speaks to Noelle, but it’s a little awkward with Cynthia… We see quite a few of the other housewives from various cities. Marlo makes an appearance on the float and Eva is not happy to see her at all. I have to say Eva is one of the most beautiful pregnant women! Does Nene think she is the gay community’s “rainbow b**ch”? I would be interested to hear if that is how they truly feel about her!

Porsha meets up with her counselor and she is still really troubled about Dennis and his cheating. The counselor tries to make Porsha see how their relationship moved really fast. She tries to get Porsha to take a moment so she doesn’t make any rash decisions about Dennis.

Kenya is visiting Kandi and talking about motherhood. Kandi tells Kenya about the surrogate and her baby’s arrival date. Kenya is looking for advice from Kandi regarding Marc. Kandi says, “Who would ever think Kenya would be described as submissive?” Kenya is really trying to connect again with Marc, and it is really odd how disconnected they are when they are still pretty much newlyweds.

Cynthia and Eva are meeting for dinner and Marlo is joining them, and Eva is not a happy camper. I love Eva when she goes out to eat, as she actually orders a lot of food and eats it and still looks like that! Eva wants her food packed up since she can’t stand being in Marlo’s presence. Marlo can’t wait to bash her once Eva leaves the table! Marlo wants to know how Cynthia is doing with Nene, but you know she already knows what is going on. She can’t stand that Cynthia is friends with Eva over Nene. It’s funny at the end of the scene, Eva is chowing down at the bar!

Porsha is going back to work and she’s taking PJ with her. She obviously didn’t think she would be in this situation as a single mom.

At the Boathouse restaurant in NYC,  Nene meets up with Marlo for lunch. Marlo, aka Nene’s soldier, shares with Nene what was discussed with Cynthia the previous night. Nene claims she is only retaliating against Cynthia since she poked the bear first. Marlo eating that octopus and flicking her tongue was disgusting! Nene basically tells Marlo to mind her own business regarding Cynthia. Nene is not even considering apologizing or accepting any responsibility for what is going on with Cynthia, and she literally ditches Marlo at the restaurant! Marlo acts surprised that Nene would do that, but I am not in the least!

Porsha survived her first day back with baby PJ! Lauren makes sure that Porsha faces the fact that she needs to hire a nanny since she has to work and can’t depend on Dennis.

Kandi goes to Kenya’s house to bring over some gifts for the baby. Kenya talks about Marc not being interested in sex since she was six months pregnant. She tells Kandi that she went on her anniversary trip to the Turks and Caicos without Marc, and that is really bizarre.

Marc doesn’t want a nanny to travel with them, and so he refused to go. Kenya feels pushed aside because of the baby. She feels like Marc is crossing lines he shouldn’t during their arguments. Kandi gives good advice since she is so level-headed. Kenya won’t even answer the producer when they ask what tone Marc uses when he talks to her, and it makes you wonder what is going on in their relationship. Kenya breaks down in tears, revealing she just wants to be a good mom and protector for Brooklyn and doesn’t want a toxic relationship with Marc.