RHOBH Star Brandi Glanville Tells Fans She Was “Drugged” in Alarming Tweets, Reveals She Was “So High” 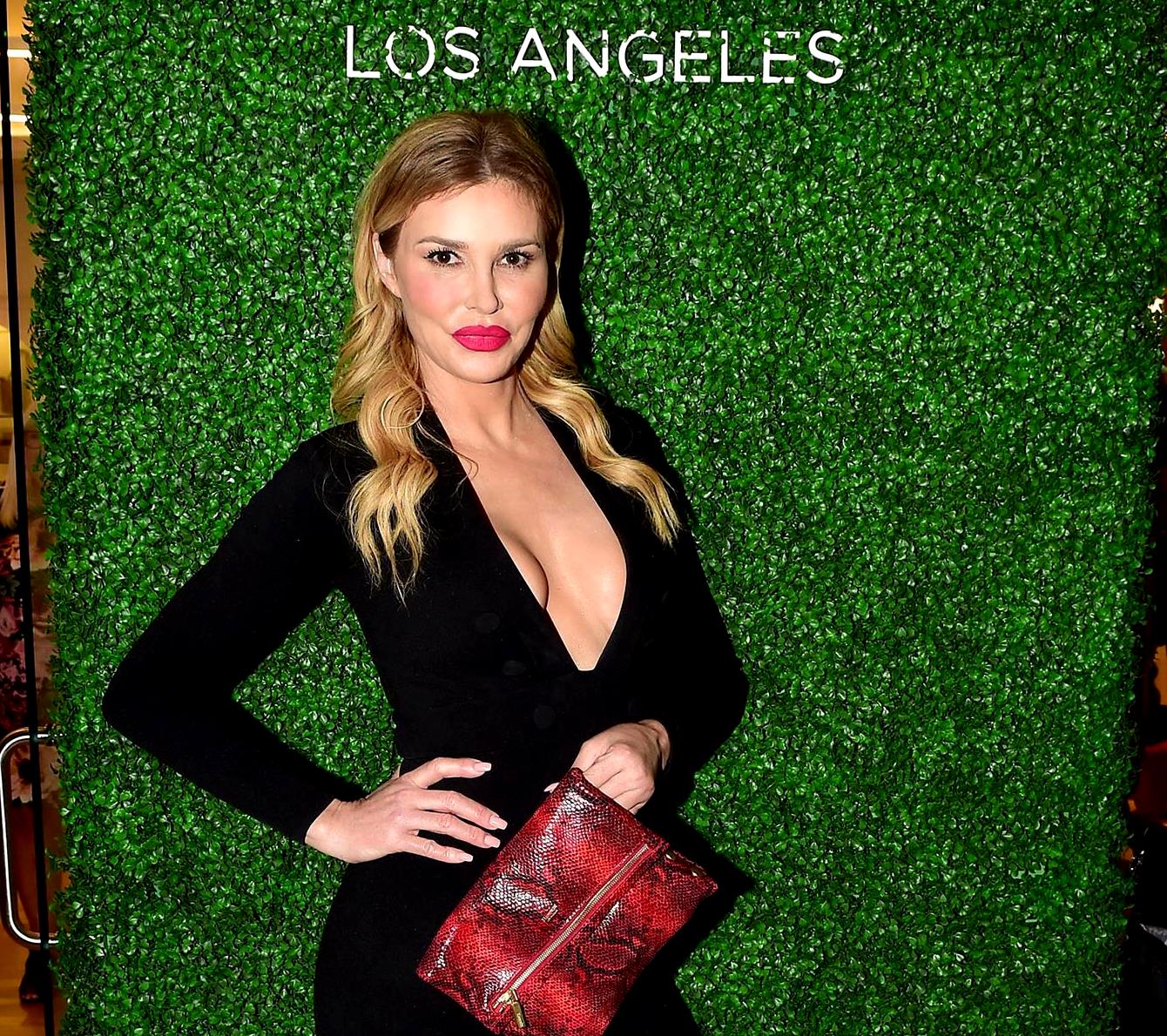 Former Real Housewives of Beverly Hills star Brandi Glanville posted a series of alarming tweets over the weekend, claiming she had been drugged.

Posting jaw-dropping statements is nothing new for Brandi, but yesterday,  her tweets took a somewhat concerning turn. On Sunday, the reality star took to Twitter to let followers know she was intoxicated and not necessarily by choice.

“So high” Brandi tweeted on December 8 followed by another post that read, “It’s def just molly”

Shortly after, the reality star posted, “Pretty sure I just got drugged #water what?” 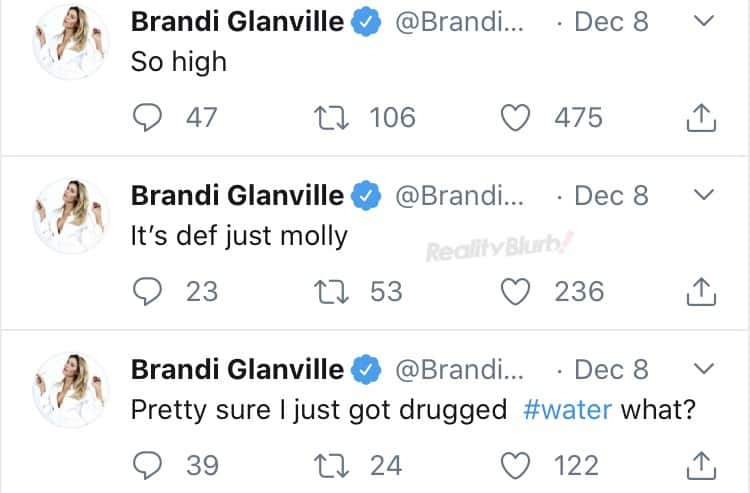 Did Brandi just tell the world she got drugged? While that’s what the reality star claimed on her account, it’s hard to know when she’s kidding or not since she’s made a habit of speaking her mind while drunk on rosé, her supposed wine of choice. She even stars in her own YouTube channel called Drinking & Tweeting where she talks to the camera about all things housewives and more, full glass of wine in hand.

But fans who were worried about Brandi after her series of alleged “drug-induced” tweets were relieved to learn the Bravo star was, in fact, okay.

“All good this am ????” Brandi tweeted in the late morning of December 8.

All good this am 💗

And later that same day, the former Beverly Hills housewife wrote, “Im the most fun person I’ve ever met”

Im the most fun person I’ve ever met

So was Brandi actually drugged? Was she in another deep, drunken wine stupor? Or was she just being Brandi? Your guess is as good as ours.