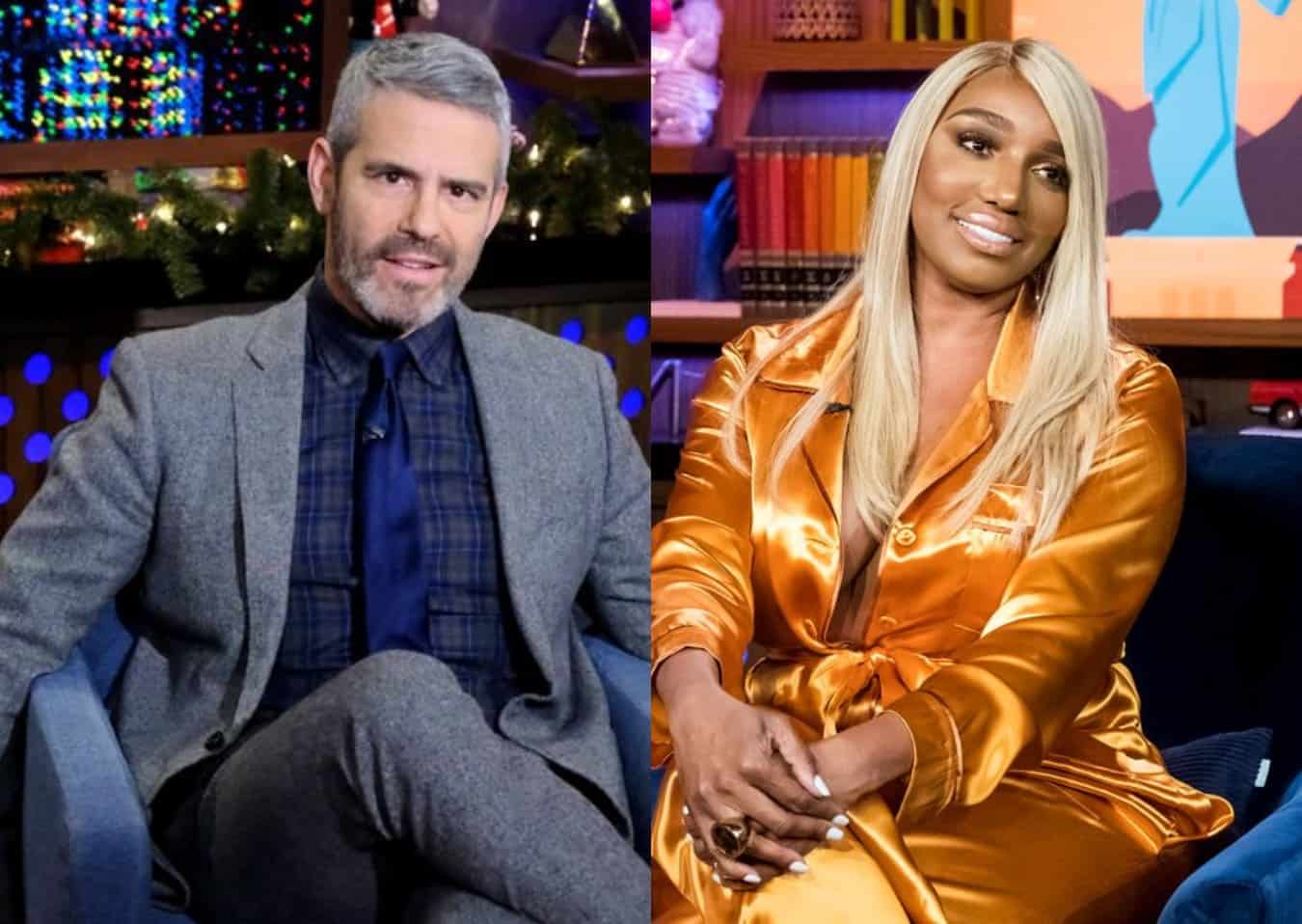 Andy Cohen isn’t apologizing for the comments he made about Nene Leakes recycling a dress on Sunday night’s Watch What Happens Live.

After pointing out that the dress Nene is seen wearing in her cast confessionals for The Real Housewives of Atlanta was one she also wore to an event in Los Angeles, much to Nene’s dismay, Andy took to his Twitter page where he shared a telling GIF in reference to what he said before facing a second round of backlash from Nene.

“I said what I said,” read Andy’s GIF, which featured Nene at a RHOA reunion. 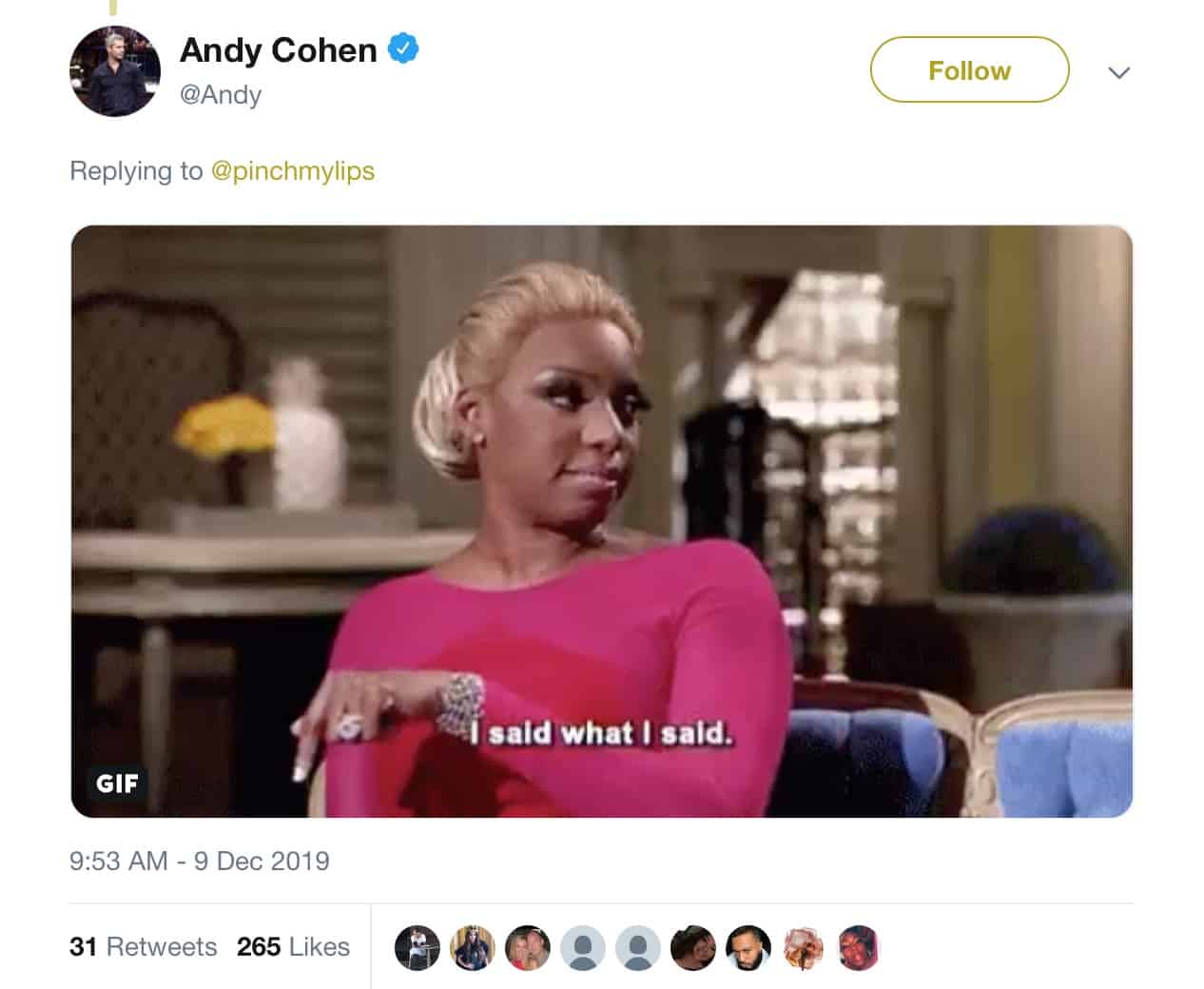 “And what you said was some bullsh*t,” she replied.

Back on Instagram, Nene also implied that Andy isn’t too fond of her after a fan said they were surprised Andy would poke fun at her as they believed Nene was Andy’s favorite housewife.

“I am not his fav! Truest me on that! I know a lot things you don’t,” Nene wrote. 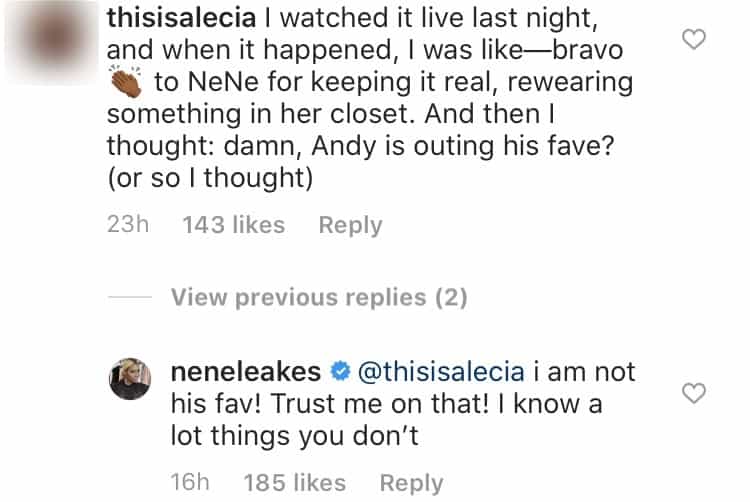 Nene also slammed Andy with a re-tweet from a fan who suggested that Andy may have been trying to embarrass Nene on his show.

“Was he trying to embarrass or poke her a little bit to get a reaction?” the fan wondered.

Also in the tweet, the woman wondered if Nene was on the verge of a Vicki Gunvalson–style demotion.

“We’re not seeing much of Nene this season – wondering if she is getting the Vicki treatment. We need more of Nene and the OGs deserve better. They built these franchises,” the fan stated. 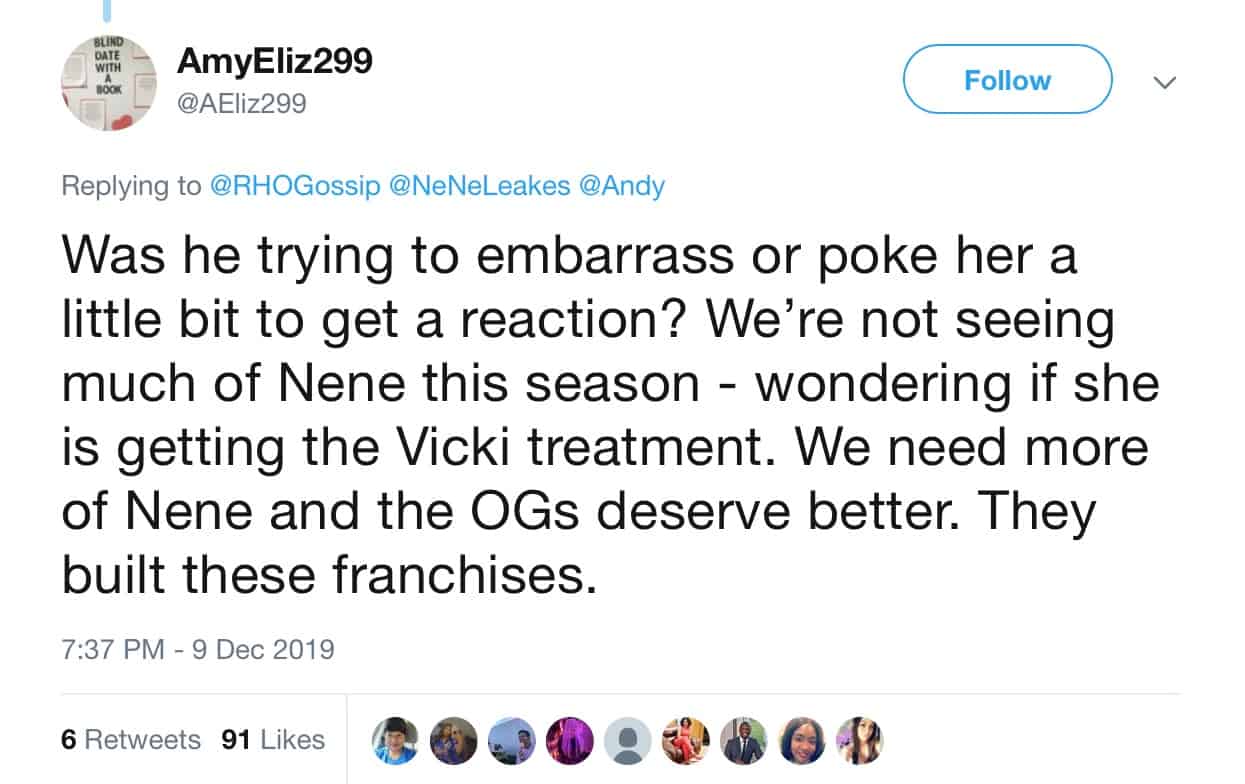 As fans of The Real Housewives of Orange County well know, Vicki was demoted from her full-time role on the show earlier this year after starring in a “housewife” role for the series’ first 13 seasons. A short time later, Andy explained that he was simply trying to keep things fresh on the series by making the sudden casting decision.

Following Sunday night’s show, Nene called out Andy for being “messy” on her Instagram page.