RHONJ Recap: Margaret and Teresa Clash Over Danielle Plus Joe’s Appeal Gets Denied 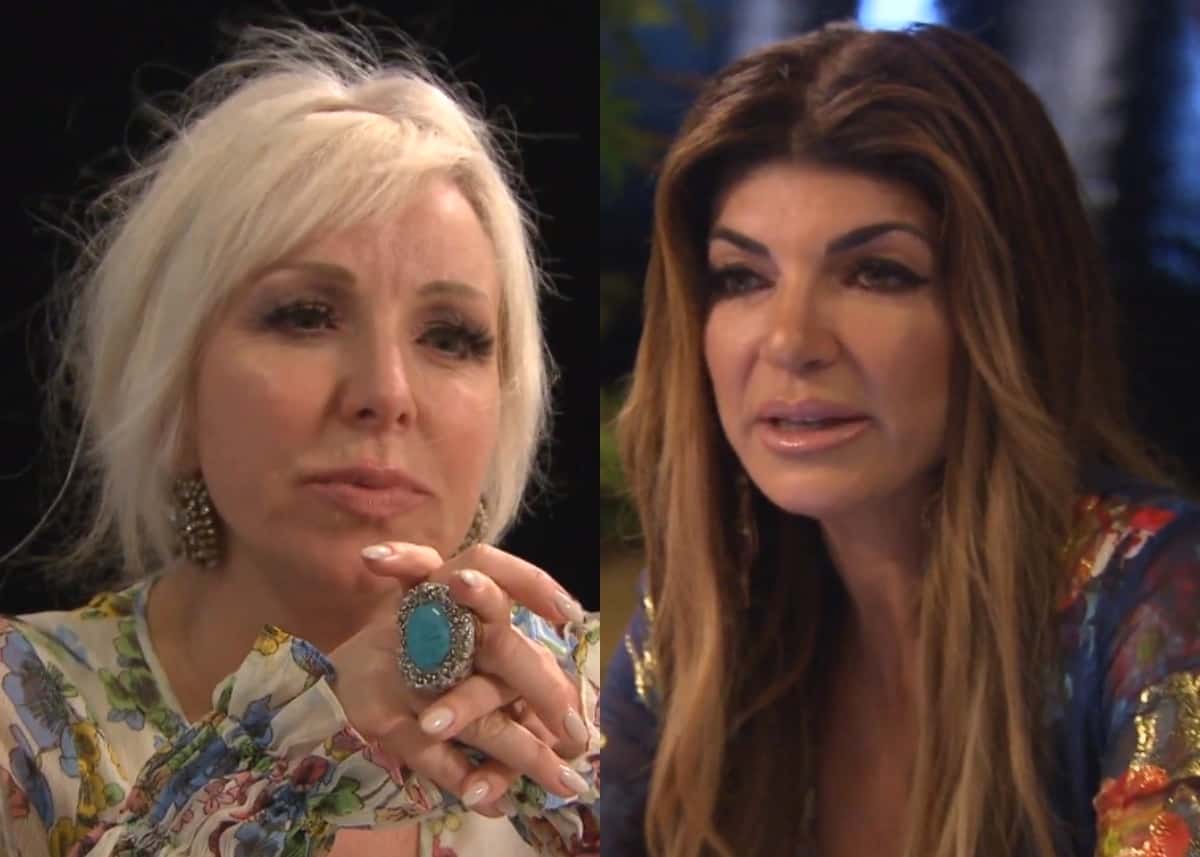 On this week’s episode of The Real Housewives of New Jersey, we are still in Jamaica, wreaking havoc in every restaurant there enjoying the beautiful island, and then back home to Jersey dealing with some bad news for the Guidice girls…

In the morning, Jennifer talks to Bill and he says he is a bit hungover from hanging out with the guys. Melissa tells Joe about the conversation with Teresa about Joe Guidice. Teresa talks to Gia who is at Rutgers for student admission day. She feels like she is really on her own and she hates the food!

Dolores and Jackie are both talking about the argument from last night, and obviously they both have different spins on it. David finally takes Dolores’s call. She nags him about his shirt, and he hangs up on her. How rude!! On a side note, Dolores said regarding Jackie “no relationship should be this difficult.” She should apply that same mentality to David as well…

The ladies go to Dolphin Cove to swim with the dolphins. The beautiful creatures all give them kisses. I have done it before and it is incredible. Margaret’s dolphin doesn’t just kiss her — she gets humped too! Lol! It looks really fun with the dolphins on the boogie boards. Teresa says, “I am not a fan of animals I don’t know…” She should be more discriminating about her friends Danielle, etc. and less concerned about the animals. They are much safer to be around!

Jackie and Melissa eat lunch together and they talk about how Margaret loves to be naked. You gotta love her confidence! They both think that Jennifer is going to hold Dolores and Teresa harmless during the roast. Teresa and Dolores head to the spa. They both talk about how Jackie annoys them. Jennifer and Margaret are shopping and it is mentioned how particular Jackie is about eating. This is foreshadowing for sure and the show is going in a direction they shouldn’t be knowing Jackie’s history with food.

We now see Frank Catania having dinner with Dolores’s imaginary boyfriend David Principe. Frank is trying to get out of David what his intentions are with Dolores. David is bobbing and weaving around every question. Frank then grossly says, “We need to double team her to get stuff done??” Who would ever want their ex-husband to talk about them like that! It really shows his lack of respect for her and now it makes total sense why she picked David. She definitely has a type!

Frank asked David about Dolores moving into his house and how she expects a commitment first. He is so wishy-washy about it, saying we will see how it goes. David thinks this conversation is about deco and trim? He is definitely not on the same page as Dolores.

David then says, “She knows my first love is my career.” He also says, “Once we get the house done things will get a lot clearer.” What is that supposed to mean? Once Frank finishes the house,  David is dumping her beside the construction dumpster outside?? David is like we haven’t even done tile yet!! What?? Are Frank and Dolores just hired contractors to build his house? He also tells Frank not to beat him up if something goes wrong in their relationship. Dolores’ relationships are just dysfunctional…

They have a gorgeous dinner outside on the water. I feel like this ambiance is wasted on this group. Teresa then shares with the ladies that Danielle had sex with Marty?? He must have Stockholm syndrome or something. Who in their right mind would go back to her after escaping?? She must really have “mad skills” since she keeps getting men to propose, marry, divorce, and reconcile with her! They show a photo of Danielle with another guy already.

Margaret doesn’t believe Danielle, and so she tries to call Marty to corroborate the story. He denies it, but I am not quite sure about that. Margaret thinks if it did happen it was a negotiation tactic to get a share of the house they were living in. Marty says, “She has to come up with money for my house.” Is that a denial or a confirmation??? The ladies, except Margaret, think, “a stiff d*** has no conscience and he might have slid it in.” Maybe she made a mortgage payment that way with a swipe????

Now Teresa’s phone is ringing and conveniently it is Danielle. That didn’t take long. When Teresa says the ladies were listening to the call, Danielle hung up on her. Teresa is drinking Danielle’s Kool-Aid and Margaret thinks she is so oblivious to the craycrayness of Danielle.

As threatened promised, Jennifer “roasts” the other ladies by impersonating them. They show clips where Jennifer has overreacted on multiple occasions where she behaved badly while drinking. Melissa is concerned since sh** faced Jennifer can be a problem and she is drinking tonight…

Jennifer starts off cackling like Margaret and claiming how she thinks Teresa is soooooo hilarious. She always says “by the way” all the time. Jennifer then mocks Melissa with her obsession with “Envy” and herself. She should have mentioned her song “On Display!”

Jennifer goes in on Dolores, dragging her about David’s absence. She says, “Dolores has two men but is always alone.” Now that is spot on. Jennifer impersonates Teresa about her fixation on having a tight a**. She also does the whole “oh my gawwwd” and “I can’t” that Teresa always says.

Jennifer says Jackie is obsessed with food, which is true but I don’t think it is a laughing matter. She also says the woman with two degrees is really “obsessed with knowledge.” She thinks Jackie sees herself as up here and they are down there. I hate to admit this, but Jennifer was actually pretty good at impersonations.

Dolores tells Jackie that she is sorry things got out of control and can they both move forward? They then start breaking glasses just for fun… You can’t take these ladies anywhere near glassware or knives.

We have a scene with Gia, Milania, Gabriella, and Audriana going through some old family photo albums. Audriana doesn’t have the memories of her dad like the other girls do since she was so young when he went to prison. It is heartbreaking for those girls that they have had their lives turned upside down because of their parent’s actions. Gia has really been forced to grow up fast and she is a really level-headed kid.

I have to make note of Teresa’s emotional ITM interview. During it, she is wearing flaunting what appears to be diamond Chanel earrings. This shows her lack of awareness since those expensive items are what likely got them into this hot mess to start with!

Dolores and Frank are having new landscaping done on their house. Dolores is walking her dogs wearing pants that have giant slits on the sides, which looks really strange. Frank is talking to Dolores about David and he tells her he is concerned that David is not on the same page. Frank is really trying to make Dolores see the light. He thinks she is not capable of asking for what she really wants in a relationship. He even shares he used to walk all over her and she never spoke up…

Teresa’s lawyer spokesperson spiritual adviser counselor Jim Leonard comes over to deliver the news we ALL knew was inevitable. Joe Gorga comes over to show support to his sister. The family gets the bad news that Joe’s appeal was denied.

Joe Gorga thinks, for the sake of the family, that Joe Guidice needs to stop fighting since it is so costly. Teresa doesn’t want to be the one to tell her girls that they need to let him go. I have to agree with Joe on this one. You need to know when to move on when you are fighting a losing battle.

Next week, we see some serious issues coming up, such as Jackie’s dad being extremely insensitive to her anorexia, and the Guidice girls aren’t ready to let their dad give up the immigration battle and go back to Italy…