Tori Spelling Addresses Claims She Wants to Join RHOBH Cast, Has She Been Asked to Join the Show? 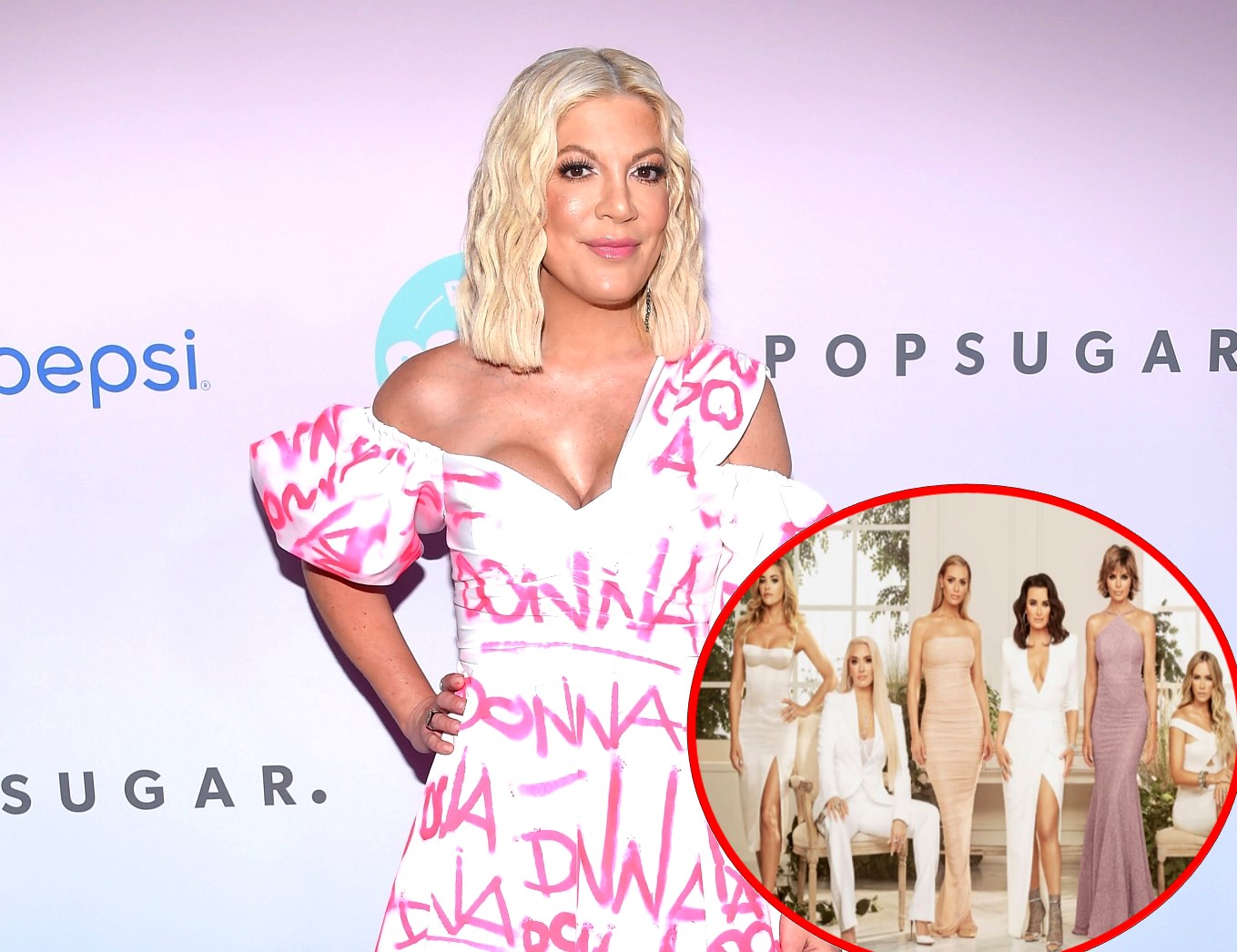 Tori Spelling is addressing rumors claiming she’s been trying to join The Real Housewives of Beverly Hills cast for years.

While attending Disney on Ice’s Holiday Skating Party in Los Angeles over the weekend, the mother of five confirmed that rumors of her possible role on the show are “completely false” before explaining why she wouldn’t be a good fit for the franchise.

“That [rumor] keeps following me, and I’ve always said I’m just a huge fan,” Tori told E! News at the December 13 event. “But no, not at all. I’m friends with so many of them and I’m a huge fan. I always say I watch the show. But no, I have never asked to be on the show.”

Although some have felt that Tori would be a great addition to the show due to the fact that she’s a lifelong Beverly Hills resident and has been a tabloid magnet for years, Tori suspected she “would get eaten alive on that show.”

“I’m too nice,” Tori explained. “The drama I like is like my family chaos at home and like, you know who’s watching what and who wants to eat what for dinner? I can’t deal with girl drama.”

During another interview with Us Weekly at the same event, Tori, who is a client of accountability coach and RHOBH star Teddi Mellencamp, said she does not want to be a part of the show.

“I do not want to be on the Housewives, I could never do that,” she shared. “I am like, ‘That drama …’ but, God, I love to watch it and I’m friends with them. I’m just like, ‘Nope, I just wanna watch it on TV… I could never. I would get eaten alive. I am too nice and a people pleaser to be, to get in those fights they get into.”

Tori’s comments about not wanting to be a part of RHOBH come just months after she appeared on Jenny McCarthy‘s podcast series, The Jenny McCarthy Show, and said she was “really sad” that her BH90210 co-star, Jennie Garth, had been asked to join the cast instead of her.

“I was born in Beverly Hills, so I have one thing going for me,” she explained. “I’m married with a lot of kids, drama follows me everywhere, they’ve never asked me!”