Home Real Housewives of Beverly Hills News Erika Jayne Hints That a RHOBH Costar is ‘Two-Faced’ as She Reveals the Best and Worst Part of Filming the Show, Plus She Dishes on “Emotional” New Season and Her Broadway Debut

Erika Jayne Hints That a RHOBH Costar is ‘Two-Faced’ as She Reveals the Best and Worst Part of Filming the Show, Plus She Dishes on “Emotional” New Season and Her Broadway Debut 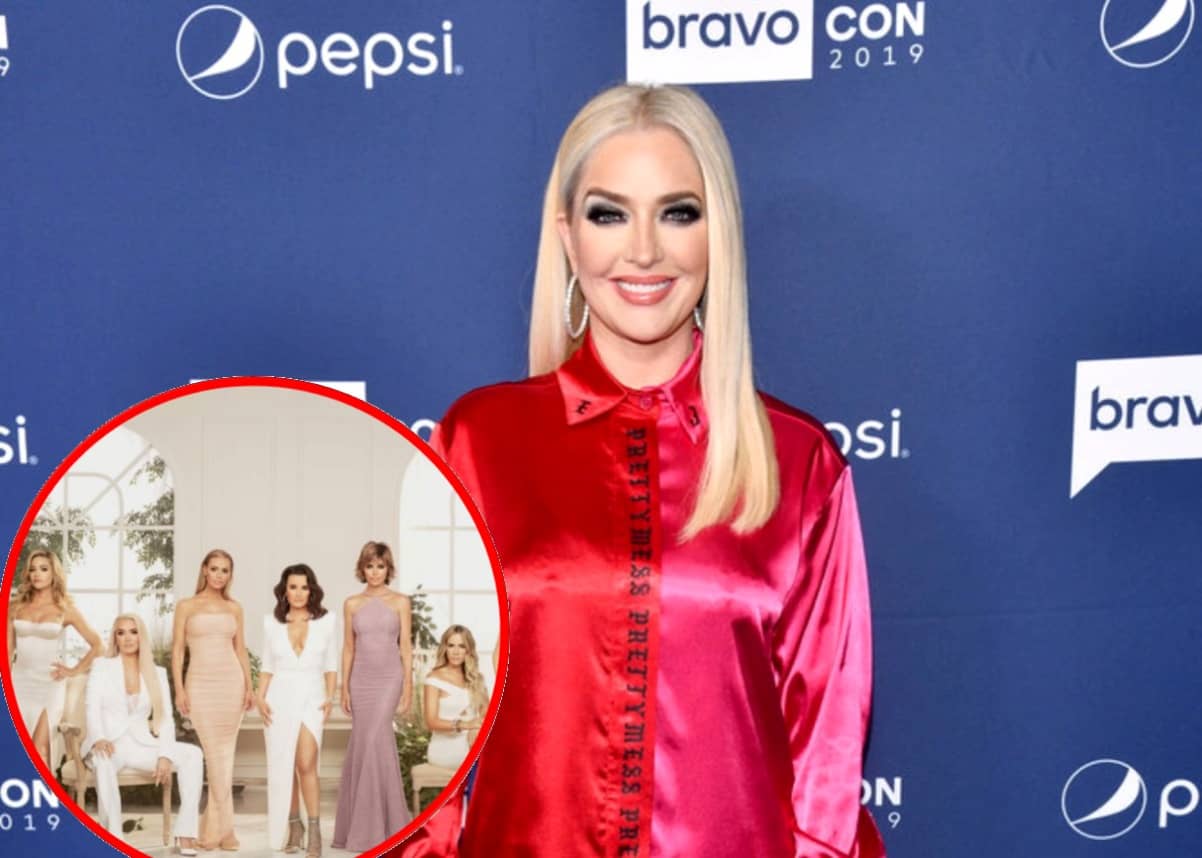 The Real Housewives of Beverly Hills star Erika Jayne is teasing season 10 of the show as she also reveals what life has been like while rehearsing for Chicago.

While the new season of RHOBH was once rumored to be a snooze-fest, much of the cast has proven otherwise in recent weeks. And according to cast member Erika, this next season is going to be anything but boring.

“Everyone expected us to have a smooth season and we have anything but that,” Erika recently revealed to ET Canada. “It’s emotional, it’s beautiful, we go to Rome and have a lot of fun. Then there’s some hard knocks along the way. Our show definitely has conflict.”

And while the Bravo star wouldn’t give too much away, she did tease that one of the housewives may be two-faced.

“Sometimes you think you know someone and you don’t. I’ll leave it right there!” Erika said, vaguely.

But even though Erika has had to endure plenty of uncomfortable drama during her time on the show, she can’t deny that it’s opened many doors for her when discussing the best and worst part of doing the hit Bravo series.

“The greatest part is all these opportunities that ‘Housewives’ brings,” admitted the singer. “Then the hard stuff is when you care about people and get into disagreements with them. That hurts. There are moments you get embarrassed or put your foot in your mouth. Those things are hard to watch, but overall, there have been more pluses than minuses.”

As fans already know, Erika will be making her Broadway debut in Chicago as Roxie Hart in January. And while this is new territory for the reality star, her life as a performer has seemingly led her right up to this moment.

“I grew up performing and it’s on every performer’s list to do Broadway, so this an incredible opportunity in an incredible musical,” Erika gushed. “Roxie Hart is tons of fun. I think everybody identifies with Roxie. She’s fun, raw, sassy. It’s fun to play with those devilish parts of yourself. I think [what I relate to most is] her survival skills, her hope and never letting go of her dream, even though it was attained in a very strange way. She’s an optimist.”

And while Erika is excited for RHOBH fans to see her in this new light on stage, she’s looking forward to steering focus away from her reality TV character and onto this new project.

“A lot of focus is on the drama and conflict,” explained Erika. “So, it’s nice to be away from that and just indulge my creative senses and focus on becoming the best I can be in this role.”