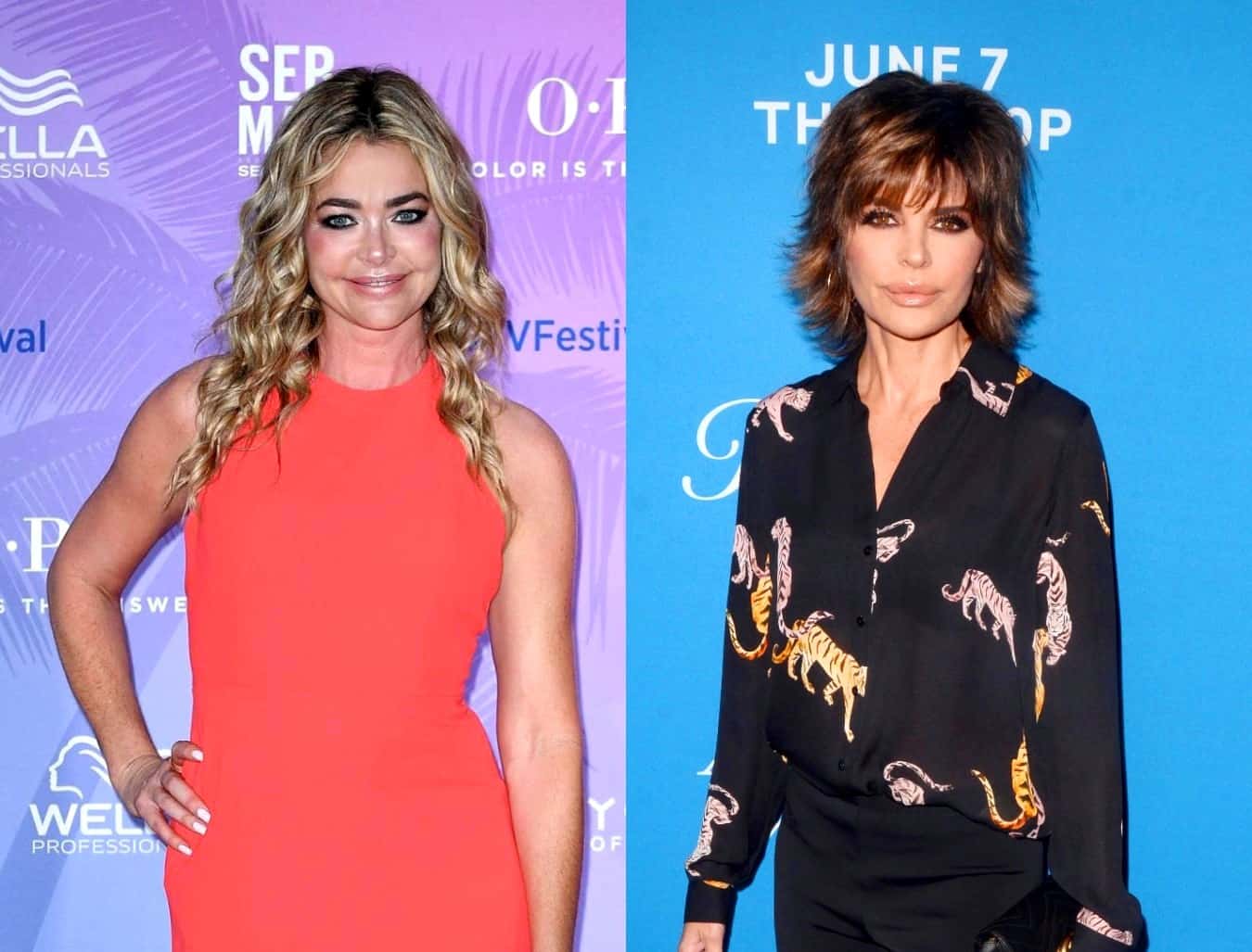 Real Housewives of Beverly Hills star Denise Richards is said to be over Lisa Rinna‘s drama following her recent health scare. Find out what Denise has allegedly been saying about her costar behind closed doors.

Has Lisa pushed fellow Beverly Hills housewife Denise over the edge? Lisa caused a bit of a stir on social media this Tuesday after she called Denise out on Instagram for failing to show up to the season 10 finale event that took place at Dorit Kemsley‘s home last weekend. And while Denise hasn’t addressed Lisa’s comments publicly, a source close to the reality star is saying she’s far from pleased.

“Behind the scenes, Lisa Rinna is continuing to be the instigator and continuously stirring the pot for maximum drama. Rinna does this to make herself relevant and maintaining job security,” the insider dished to US Weekly on December 20.

The source added: “Denise has had enough of Rinna’s constant meddling and passive-aggressive behavior, especially with social media. Denise and Rinna are headed toward a showdown on camera, which is what Rinna has wanted.”

This drama seemed to come to a head after Lisa left a seemingly shady comment on Denise’s Instagram post where she went into detail about the surgery she had endured for two femoral and 2 inguinal hernias months prior.

“Denise are you ok? You never showed up to Dorit’s Sat night we were all so worried about you. What happened?!” Lisa commented on Denise’s post, as was previously reported. “You said you were coming, you were meeting Garcelle [Beauvais], We never heard from you. What happened ?”

“Denise did not quit #RHOBH and Rinna you throw your friend under a bus,” Camille tweeted on December 18 in defense of Denise. “How about calling her to see how she’s Doing and stop tweeting about it.”

“I did reach out to her privately. Thank you for your concern, Camille.” Lisa promptly responded, although Camille would later allege that Lisa did not privately reach out to Denise before her public posts.

As for Denise, the source claims she wants Lisa held accountable.

“Rinna is going to be exposed and held accountable; if Denise is the one to do it, bring it on,” the source threatened.

In more RHOBH news, Lisa put out some posts this week on her Instagram Stories promoting the upcoming season of the show.

In another post, Lisa wrote: “I think this may be the best one yet.”

While season 10 of RHOBH had been rumored to be a snooze-fest, this drama alone is enough to prove otherwise!