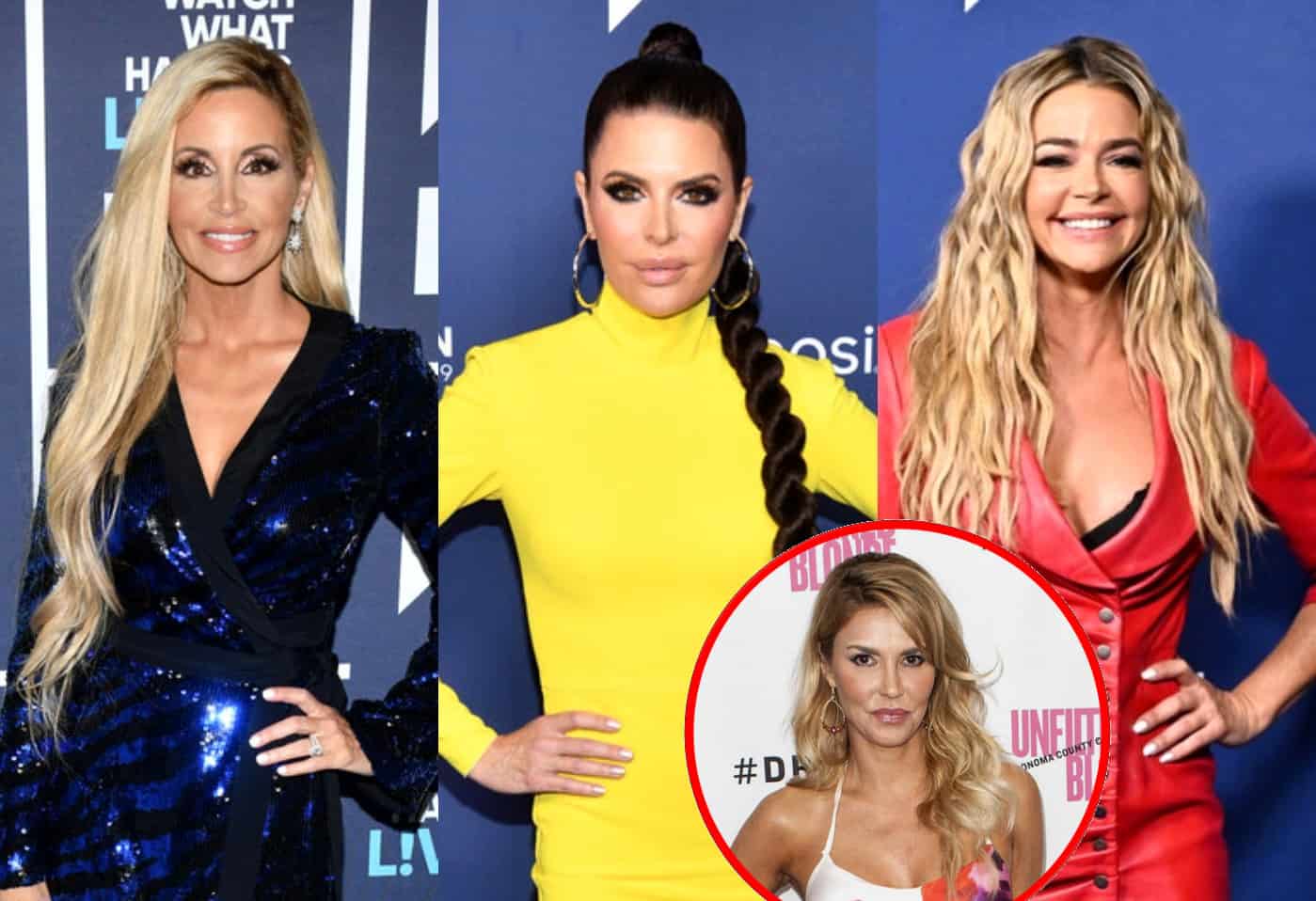 Camille Grammer is implying Lisa Rinna is lying about having reached out to Denise Richards before calling her out publicly for skipping Saturday night’s taping of The Real Housewives of Beverly Hills.

In a series of new Twitter posts, Camille slammed Lisa for confirming Denise wasn’t in attendance during Saturday’s taping. Then, she mentioned whether or not Bravo’s production team was aware of the supposed potential hiring of a private investigator during season nine. Plus, Brandi Glanville seemingly called Camille out in a vague post shared on her own Twitter page.

“I was told Rinna did not reach out to her in private when she put it out there on [Instagram] and or Twitter,” Camille said.

Camille’s tweet came after Lisa called Denise out for being a no-show during Saturday’s taping in the comments section of an Instagram post that revealed Denise had undergone a six-hour surgery to remove four hernias earlier this year. In Lisa’s posts, she questioned whether or not Denise and her family were okay before confirming she was missing in action when the cast filmed the finale episode of season 10 at a party for Dorit Kemsley‘s new line of champagne.

After calling out Lisa, Camille shared a PEOPLE magazine article about Denise’s surgery and said she was glad Denise listened to her body.

Denise Richards Recovering After Emergency Surgery for 4 Hernias: ‘Always Listen to Our Bodies’ https://t.co/6xottVoTgn via @people I’m glad you listened to your body. 🙏💜

Earlier this week, after calling Lisa out, Camille claimed a “friend” or “friends” of someone on the show considered hiring someone to investigate another member of the cast. In response, one fan wanted to know why Bravo and their production companies would allow something like that to be discussed. They also wanted to know why Bravo would bring back whoever mentioned the idea.

“I don’t believe production knew about the possible hiring of a PI,” Camille said in response.

I don’t believe production knew about the possible hiring of a PI.

Camille also said that she didn’t say anything about the potential hiring of the investigator during season nine because she “didn’t know this info last season.”

In another tweet, Brandi appeared to call out Camille for the comments she made toward Lisa.

“I’ve been asked not to get involved and I won’t but I have sooooo many things to say about A certain someone tweeting at certain other person to get off Twitter…R U serious !!!!! Pot call kettle,” she wrote.

As RHOBH fans will recall, Brandi previously called out Camille on Twitter in November after Camille talked trash about Brandi online, but then she ran from her when they saw each other at a filmed party thrown by Kyle Richards.

The Real Housewives of Beverly Hills season 10 will air on Bravo sometime next year.