Home Below Deck Below Deck Recap: Alexis Bellino Celebrates Her Divorce, Plus Rhylee is on Thin Ice as Brian Dumps Courtney

Below Deck Recap: Alexis Bellino Celebrates Her Divorce, Plus Rhylee is on Thin Ice as Brian Dumps Courtney 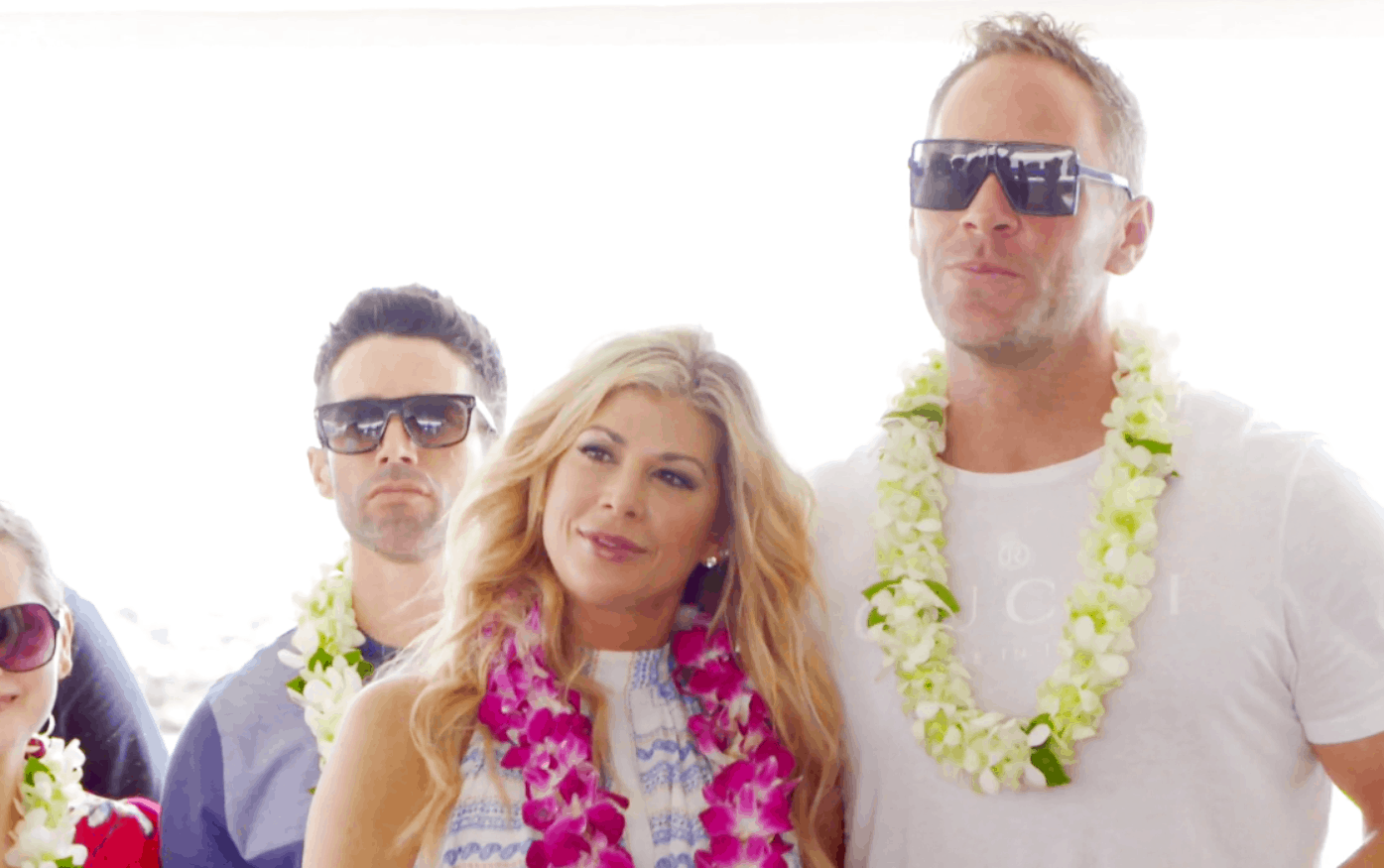 Captain Lee makes a decision for the boat and on-board relationships get rocky on this episode of Below Deck.

With only 46 hours until the next charter, Rhylee gets called into the sky lounge by Captain Lee. He is NOT happy. After talking to all of the crew members, Captain Lee calls the situation between her and Ashton “unpleasant.” He lets Rhylee know that he has decided to keep her on board, as she is a hard worker and there’s no chance of him letting her go. Well, now things are about to get 100 times more awkward on board…

After dealing with Rhylee, Captain Lee calls in Ashton and tells him that he needs to make things work with his arch-nemesis. As the boat’s manager, Ashton must step up and put his big boy pants on. Ashton is p*ssed. He cannot believe that he’s now forced to coexist with Rhylee. Rhylee and Ashton have a tense exchange, and I just hope they stay on opposite sides of the yacht.

Wow. How thirsty are Molly and Justine? As if the time on the yacht wasn’t quiiiiiiite enough screen time, amiright? No one is more annoyed to see these two girls than Kate. Kate has been planning on going home with Tanner all night, but now that Tanner lays his boozy eyes on Justine, he simply states, “I’m just gonna get drunk and see what happens.” You know what’s gonna happen? Kate’s gonna get annoyed, and your chances of hooking up with her will dwindle greatly.

As the night wears on, Ashton begins sticking his tongue down Molly’s throat, and just as Tanner begins getting closer to Justine, Kate reels the fellas in and they all head back to the boat. Kate’s description of Ashton’s “weenie” is hilar and I kinda think she should be a comedian when she’s drunk like that. However, I am disappointed in her late-night hook-up choice. Tanner?! Kate is tired of Tanner flirting with her all season and, “Now I would like to cash in my tickets, thank you.” She desperately tries to wake Tanner up, but the young buck has passed out. Man, he blew it!

The next morning, Captain Lee watches from afar as Rhylee and Ashton “work” around each other. Brian makes it clear that he cannot bring ladies in and out of his daughter’s life, so perhaps he should have a legit convo with Courtney, as the yachting season is wrapping up, and Kevin, poor Kevin. The chef seems to have thrown his back out. Does it ever end with him?

Ah, charter #8. Alexis Bellino. Yep, THAT Alexis. She is holding a “divorce celebration” trip following her split from ex-husband Jim Bellino. Can you even? She is arriving with her NEW boyfriend (girl moved on fast, huh?) Andy Bohn and a few of her other pals. Seems like the charter will be painless, unlike the relationship between Ashton and Rhylee. Tell me you caught Ashton saying, “Just keep quiet and take the orders.” Whoa, Ashton. Talk about a power trip.

Alexis is just as obnoxious as I remembered and I love it. In the words of Kate, it’s like a “Barbie Mattel factory” boarded Valor. As the boat pulls away from the dock, Alexis sucks face with her new boyfriend and repeatedly tells him that she loves him. The boyfriend’s reaction is cringeworthy, as he pretends like he doesn’t hear her. LOL.

Over Courtney’s break, Brian shoots her a text and says, “We’re just having fun, right?” Her feelings are hurt, as she is an ice queen and actually opened up to Brian, only to have her heart broken. Kate decides sending Courtney out on the island excursion would be a great idea so she can keep her mind off of Brian. But alas, Alexis is not making it easier on her. I am not even sure how Alexis can breathe with all of that making out. All I know is PDA is NEVER a good idea, especially if you are breaking up with your boy. Poor Courtney.

So Kevin overheard Courtney telling Kate about Brian’s text. Kevin tells Brian, and now Brian is annoyed. Wait. I’m sorry. Why is HE annoyed? Post excursion, Brian finds Courtney and asks to have a conversation with her. She blows him off, but again, Brian is irked by her behavior. When he confides in Ashton, naturally Ashton sides with his buddy and essentially calls Courtney messed up. #boysclub. Side note: hooking up on a (not-so-small-but-small-enough-to-have-to-see-the-person-every-day) boat with a coworker is NEVER a good idea. Just look at Tanner and Simone.

It’s the Irish theme party night. It kinda reminds me of a frat party. What adults request this?! As the guests enjoy some potatoes and meat, Brian frantically tries to justify his text message to Courtney, but she isn’t having it. The girl finally breaks down and gets emotional over Brian alone in her bunk. I could totally understand how she feels, but did she think they were going to live happily ever after?!

The next morning, during breakfast service, Kevin goes down. His back is SHOT. He cannot straighten it and suddenly, this guy, Teh, comes out of nowhere. I know I am supposed to be concerned about Kevin and his pain, but I am more perplexed where Teh, the first mate, came from, and now I am wondering if there are more! I mean, I can understand why some strange man hopped in. Simone is the only other person around and she is completely useless.

“What I said to you last night, you took things the wrong way.” GIVE IT UP, BRIAN. You’re either in or you’re out. Stop messing with Court’s head and break things off completely. The yacht cannot handle any more upset. They’re all gonna be starving soon if Kevin doesn’t get any pain meds for that back of his anyway…