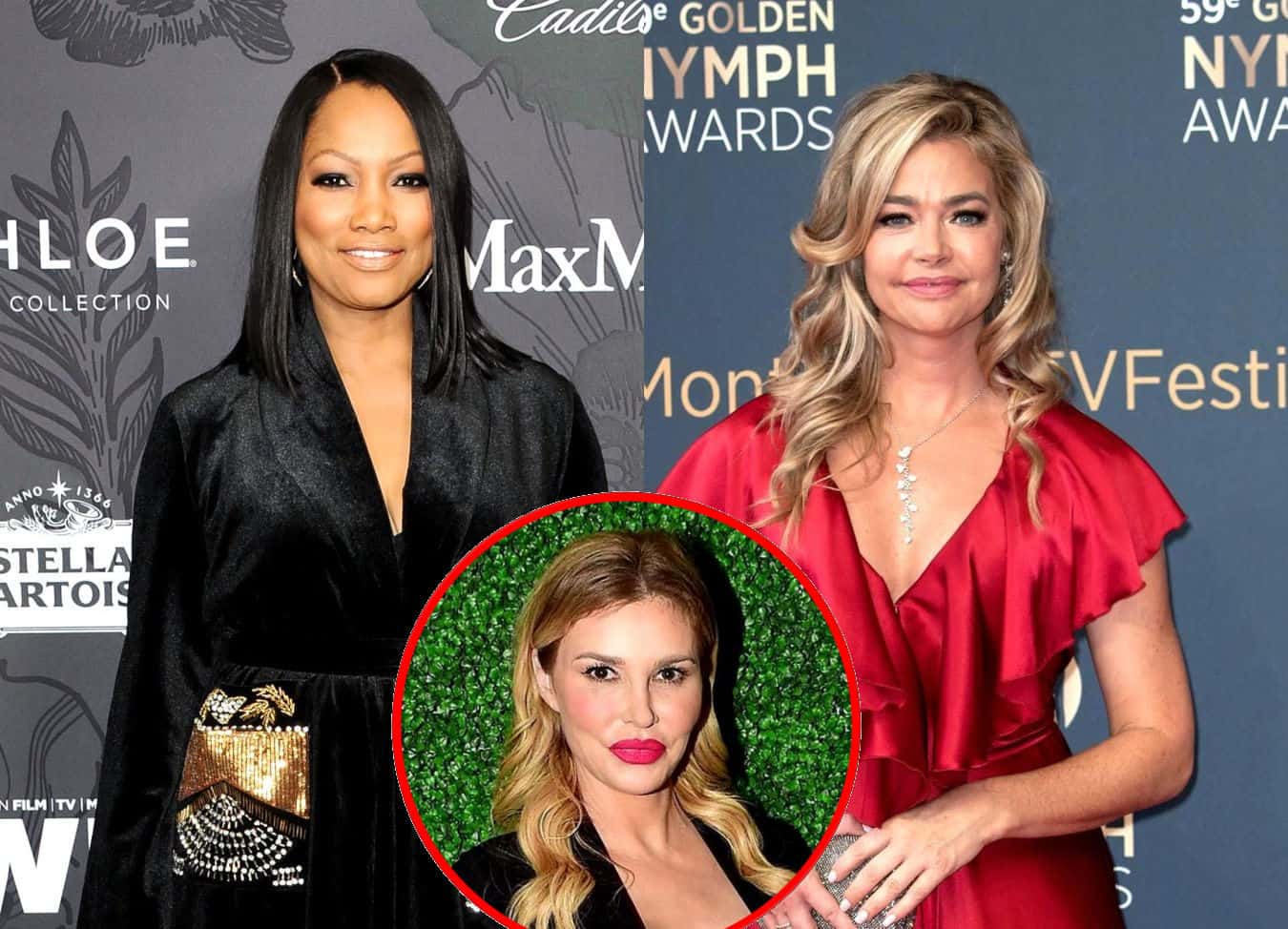 Real Housewives of Beverly Hills star Garcelle Beauvais is dishing on how her friend Denise Richards feels amid all the pre-season 10 cast drama. Plus, the newbie housewife reveals what she thinks is the toughest part about being on the show.

Season 10 of RHOBH hasn’t even aired yet and the drama is already next-level thanks to rumors that Denise was allegedly having an affair with ex-cast member Brandi Glanville. And while the newbie housewife, Garcelle, may not be in the middle of all the drama, she appears to be getting the scoop from Denise herself since she appears to be one of her closest allies on the show.

“[Denise and I] only texted and she’s like “Girl, I have so much to tell you,’” Garcelle dished to Us Weekly on Tuesday regarding Denise’s alleged drama. “So we’ll catch up and figure it out, but it’s tough when you have everything exposed and you have your side of it and people are seeing their side of it. It’s hard to figure out what’s right and what’s wrong. So we’ll know at the end. We’ll figure it out at the reunion.”

While fellow cast Beverly Hills housewife Teddi Mellencamp has claimed viewers don’t know the whole story yet, rumors of a Denise/Brandi hookup rocked the internet after Brandi posted a string of cryptic tweets insinuating she was at odds with the actress-turned-reality star.

“It shocked me that things are out there already, because I feel like who’s leaking? But, it’s very shocking,” Garcelle continued of the recent drama.

When it comes to the hardest part about filming the RHOBH, the veteran actress admits it’s difficult seeing her costars attack each other.

Despite all this alleged drama, the 53-year-old actress did admit that she’s been getting along with many of her castmates in her freshman season.

“I’ve been friends with Denise and [Lisa] Rinna for a long time. Erika [Jayne] I love, because her and I are very similar in terms of we say it how it is and we keep it moving. I really enjoyed working with her a lot,” added Garcelle of the cast.

Season 10 of The Real Housewives of Beverly Hills is expected to premiere around March.