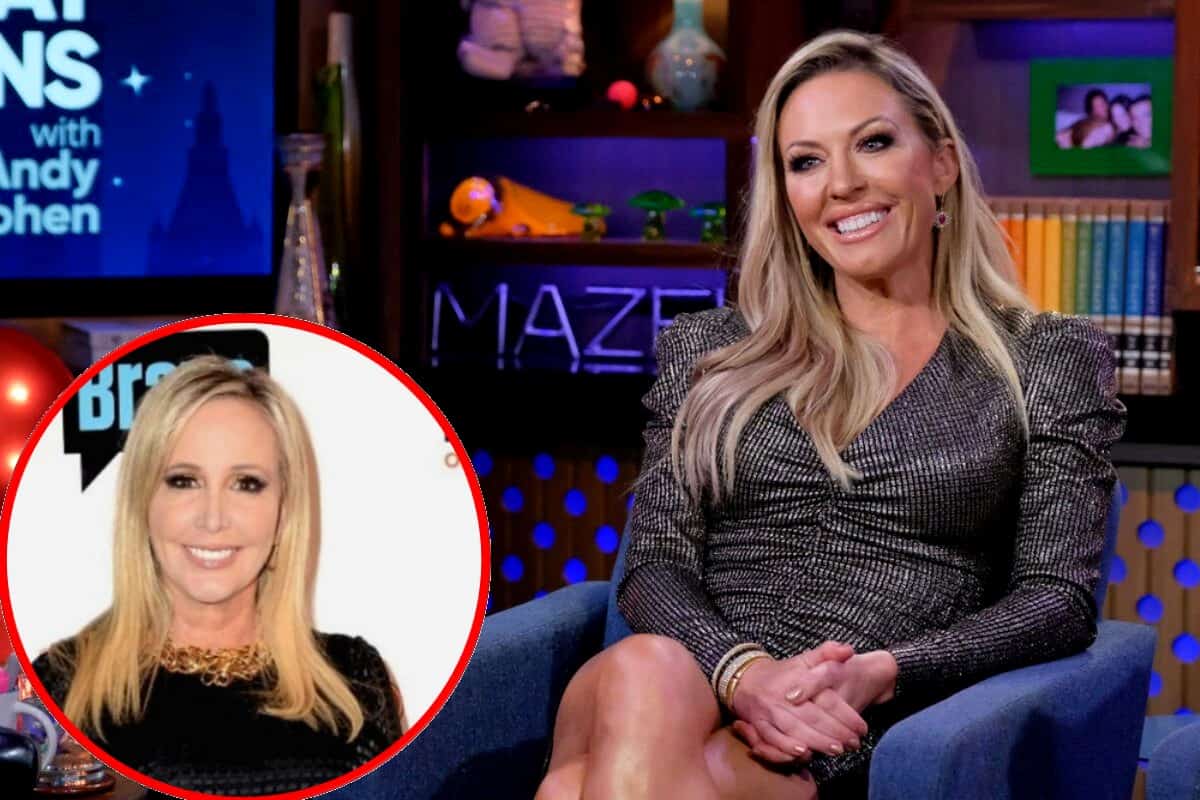 Braunwyn Windham-Burke was added to the cast of The Real Housewives of Orange County last year, and while she was quite familiar with the series and considered herself a “fan” before she joined, she was met with a few surprises.

While filming an episode of the RHOC: After Show with her co-star and friend Shannon Beador, the mother of seven opened up about the biggest misconception she had about the show before explaining how she’s changed since the start of season 14 as Shannon labeled her a “blessing.”

“I didn’t understand how hard it was,” Braunwyn admitted. “That was probably the biggest misconception. I thought it was easy. I thought they showed up and they filmed.”

Braunwyn was also surprised by the friendships she formed with her co-stars.

“I didn’t understand how close I was going to get to these women so quickly and how much I was going to care about them. That actually surprised me,” she explained. “I thought it would be like having co-workers, where you go to work and you come home at the end of the day.”

“But I will say this. I think I enjoyed it more than I thought I was going to, even the hard parts,” she continued.

As for how she’s changed over the past several months, Braunwyn said she’s gained a backbone.

In her own comments to producers during the After Show, Shannon said she found Braunwyn to be a “breath of fresh air.”

“Finally there is another person that is authentic, that is putting sh*t out there that is real,” Shannon stated. “[Braunwyn’s] talking about things that are really serious but they are real in [her] life and the fact that [she’s] able to be authentic and put that out there… It’s a real blessing for the show.”

The Real Housewives of Orange County is currently on hiatus amid production on the next season.