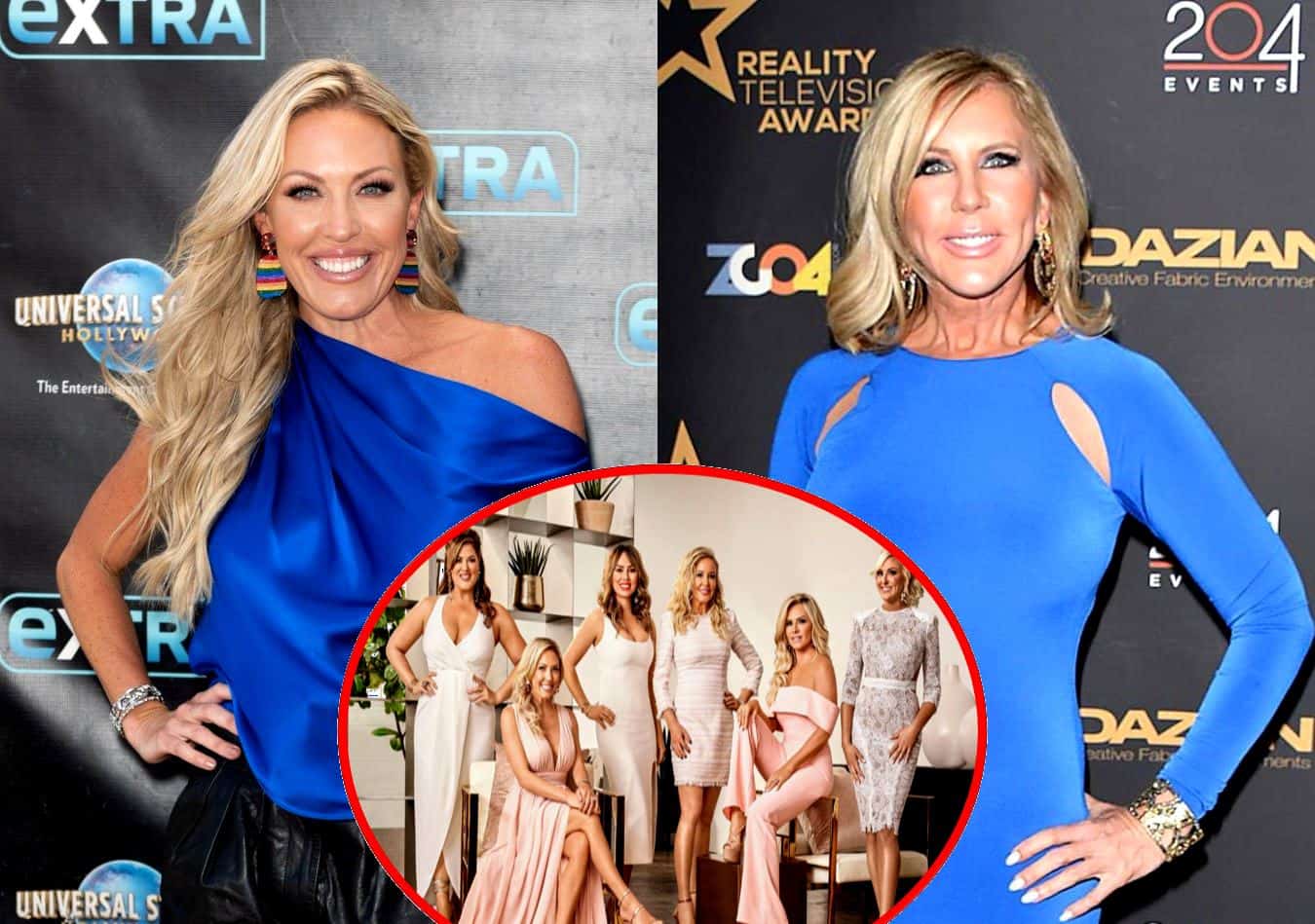 Braunwyn Windham-Burke appeared to be thrilled with the news of Vicki Gunvalson‘s recent departure from The Real Housewives of Orange County cast.

Just after Vicki confirmed on Instagram that she would not be part of the upcoming 15th season of the Bravo reality series, the mother of seven shared a series of telling emoji in response to the news as a number of other Real Housewives cast members weighed in.

In a screenshot shared by Bravo Betch on Instagram, Braunwyn was seen leaving a comment of four dancing emoji after the fan page announced, “She’s out!” 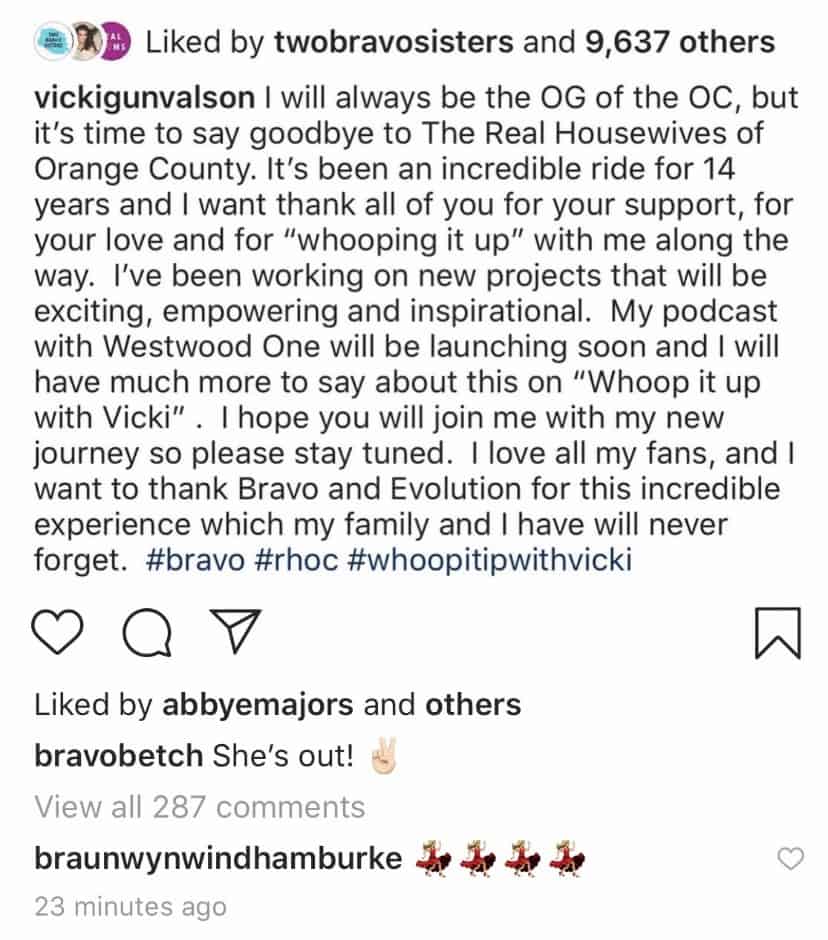 While Braunwyn didn’t have anything nice to say about Vicki following her RHOC exit, Shannon Beador told her former co-star that she would miss filming with her in the comments section of her departure confirmation.

“You will always be my tres amigas sister. The show may be over, but our friendship will always continue on,” she wrote. “Will miss seeing your hospital visits, taking tequila shots, driving gold carts into restaurants, flipping kayaks, and basically just whooping it up! Love you!”

In response, Vicki said, “Girl.., there is no other person I’d rather have those memories with are you and [Tamra]. REAL true fun, authentic and embarrassing all in the same sentence. I’m passing the torch. Have fun, have faith and don’t let this thing called “fame” destroy who you are. So happy for your future and my best for you in 2020 and my best to you and John and your beautiful family. Friends forever.” 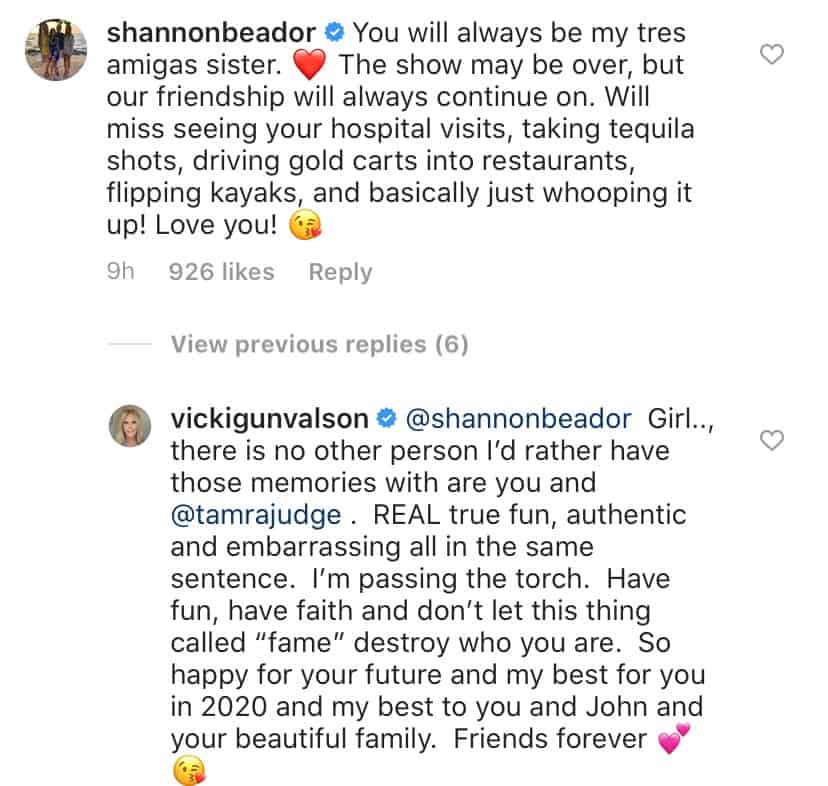 Also in the comments section of Vicki’s exit announcement, a number of other women from the franchise spoke out.

“You will forever be THE OG. Thanks for paving the way. Sending you love and light,” Kyle Richards wrote, along with a red heart emoji.

“Ahh you had an incredible run! You will always be the OG of the OC.!” Gretchen Rossi said, adding a kissing emoji. 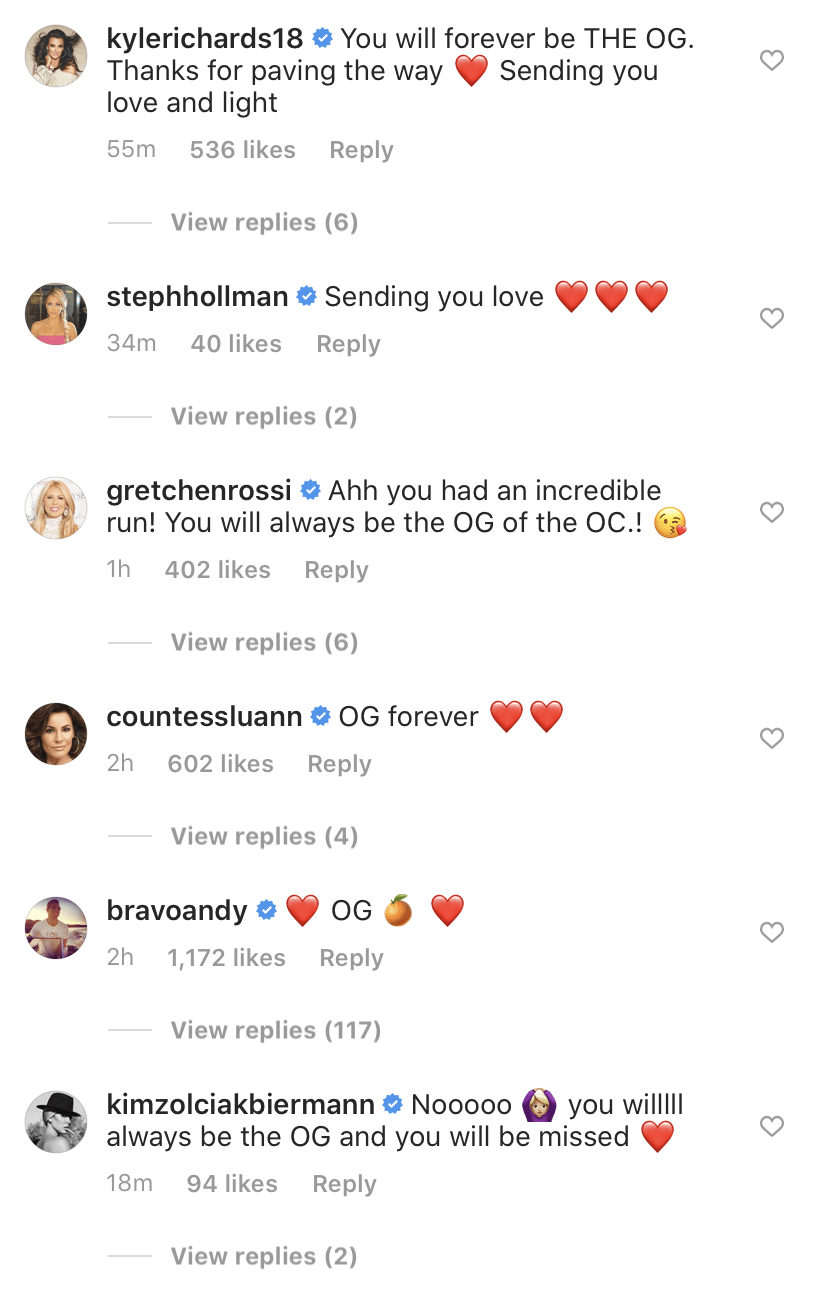 Gina Kirschenheiter spoke of Vicki’s exit in the comments section of a post shared by Andy Cohen.

“She is who she is through and through,” Gina wrote, along with a red heart emoji and the “respect” hashtag.

Tamra Judge, Emily Simpson, and Kelly Dodd do not appear to have weighed in quite yet.