Is Elizabeth Vargas Joining the RHOC Cast for Season 15 With Two Other New Wives? Plus Kelly Dodd Reacts to Shannon Saying She Wouldn’t Mind If Some Cast Members Were Fired 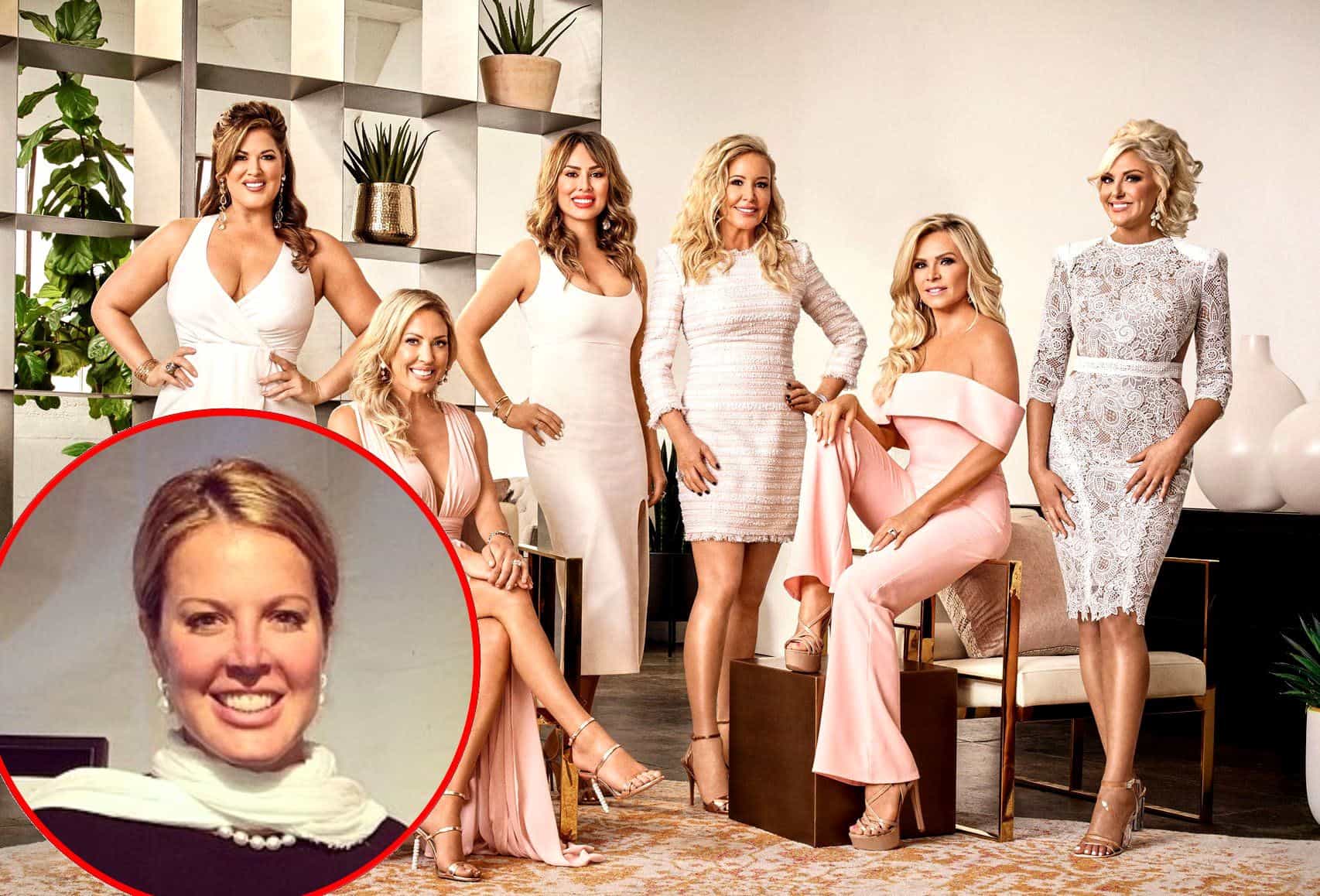 Has Braunwyn Windham-Burke‘s friend, Elizabeth Vargas, been added to the Real Housewives of Orange County cast for its upcoming 15th season?

As Kelly Dodd offered a response on Twitter after seeing that her co-star and former friend, Shannon Beador, had spoken about potential firings, a rumor was shared in which Elizabeth, who lives in Kelly’s neighborhood of Newport Beach, California, and two others were mentioned as potential new housewives.

“Meet Elizabeth Vargas. She’s a Newport Beach resident who I’m pretty sure is one of the new additions to [The Real Housewives of Orange County],” Reed with the Read wrote to his fans and followers on Monday.

Reed also suggested that Elizabeth’s cousin, a woman named Erin, could be joining the cast alongside her.

“She’s the CEO & founder of Edge Music Network,” he added. 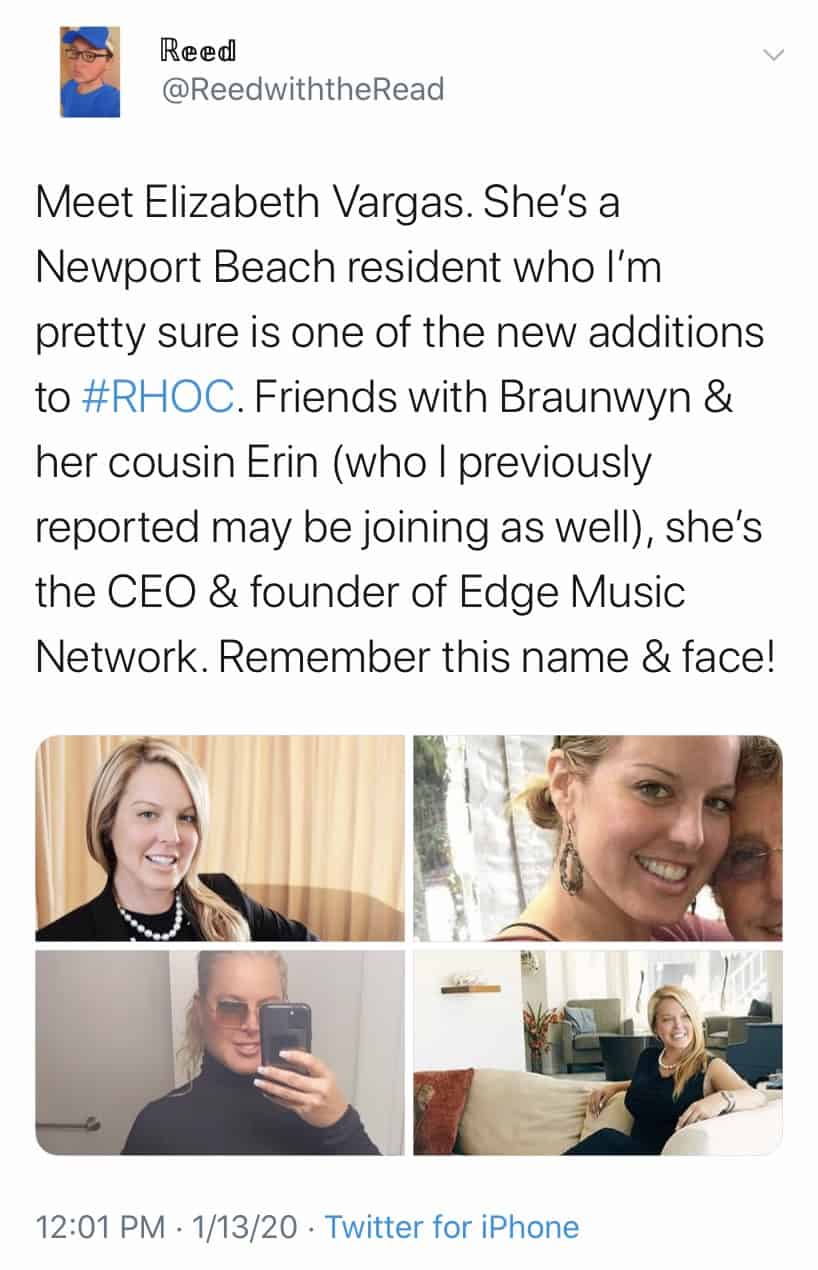 Reed also shared a video Elizabeth posted on her Instagram Stories about a stressful meeting she had on Friday, which just so happened to be the same day that Braunwyn seemingly confirmed she had returned to production on RHOC. In the clip, Elizabeth didn’t say what the meeting was for, but she noted that things had gone well and thanked her supporters for their well-wishes.

“Yes, it’s been a long process… but this could happen!” she announced.

And lastly, I leave you with this. Now I may be off base here but she very well could be talking about officially landing a spot on the show. Time will tell and we shall see! If so, don’t forget where ya heard it from first. ???????? #RHOC pic.twitter.com/uEy5NwzTtF

In addition to Elizabeth and Erin, Reed mentioned Katrina Reiter as another potential addition and shared several photos of her with the cast.

She’s friends with Tamra and Braunwyn and has definitely auditioned before. Out of the totaled three possible newbies I’ve tweeted, she’s the one I’m least positive about. The last picture is of her with Emily and Elizabeth Vargas who is the safest bet alongside Erin. #RHOC pic.twitter.com/BycxRw8EhS

News of the potential new housewives comes just after Andy Cohen hinted at a cast shakeup during an interview on Jeff Lewis‘ podcast series.

In other RHOC news, Kelly shared the response below to a recent interview Shannon did with The Sun, during which she suggested that she wouldn’t mind if a few of her co-stars were fired ahead of the new episodes. However, rather than post a direct reaction to the comments, Kelly shared a gif that seemed to confirm she was unfazed by her co-star’s statements, which also included a hopeful message about their own future reconciliation.