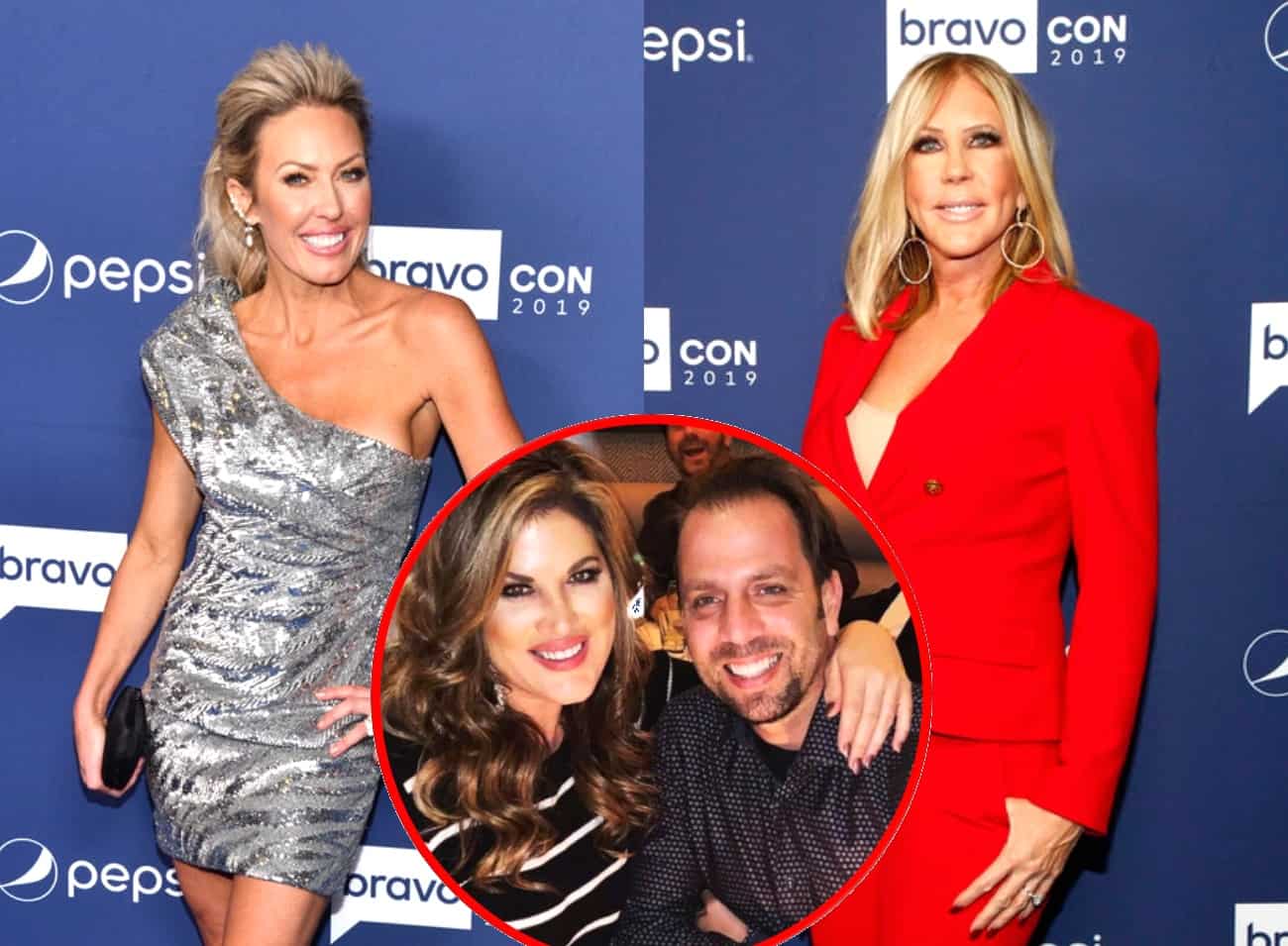 Did Braunwyn Windham-Burke just confirm that Vicki Gunvalson will not be returning to her full-time role for the upcoming 15th season of The Real Housewives of Orange County?

Just days after throwing shade at Vicki for claiming the series was her show, Braunwyn addressed recent casting rumors, slammed her co-star for acting immature, and spoke about Emily Simpson‘s husband, Shane Simpson, potentially having a “softer side” than what fans have seen throughout the past couple of seasons.

“Vicki just got signed to come back as a member next year…gross!! Stay real Braunwyn!” a fan wrote in the comments section of one of Braunwyn’s latest posts.

However, while some recent reports have suggested Vicki will return to her full-time role after her season 14 demotion, Braunwyn doesn’t seem to believe it.

“Don’t believe most of what you’re reading right now ;),” she wrote back to the fan, perhaps implying that Bravo has yet to decide on who will be returning next season. 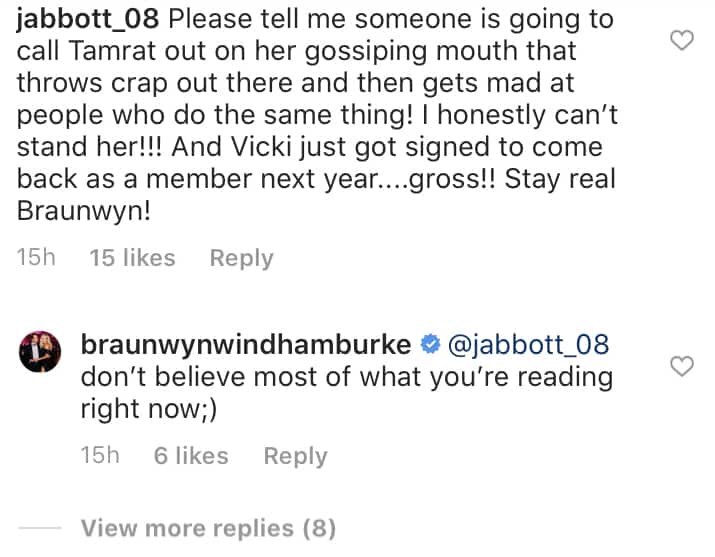 Braunwyn then reacted to a fan who said it was driving her bonkers that Vicki had continued to call Braunwyn the wrong name throughout season 14.

“She has the emotional maturity of a 5 year old, I have a lot of kids though so it doesn’t bother me,” she explained.

As RHOC fans will recall, Vicki referred to Braunwyn by a number of incorrect monikers, including “Brown-wind” and “Boringwyn” after she was added to the cast earlier this year.

Braunwyn also said that when it comes to Emily’s husband, he showed a softer side of himself during the reunion taping last month.

“You’re a lovely lady!!! I really like Emily too!! I just feel so bad for how her hubby treats her… Omg it’s hard watching,” a fan said.

“Watch the reunion, you’ll see a softer side of him,” she replied. 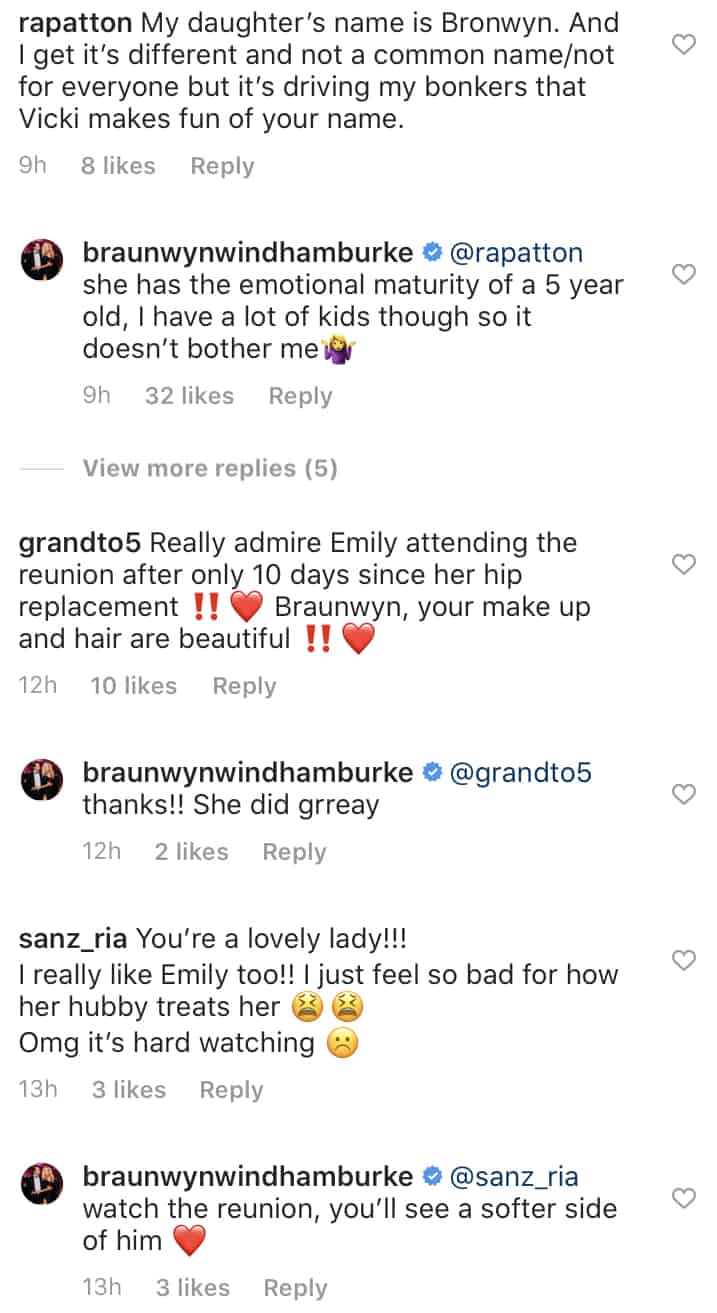