Braunwyn Windham-Burke is throwing shade at Vicki Gunvalson for claiming that the Real Housewives of Orange County is ‘her show.’

In a series of social media posts, the newest member of the RHOC cast also fought back against a fan who criticized her over her friendship with Kelly Dodd. Then, she went on to explain why she went to Vicki’s engagement party even though she doesn’t actually like her.

Braunwyn took an offensive stance on Twitter this week as she poked fun at Vicki’s demotion while mentioning the many times Vicki called RHOC “my show” at the reunion.

“Vicki, if it’s your show what aren’t you holding an orange?” Braunwyn asked.

“She has you holding it while she adjusts her crown. She’ll have it back now. Thanks,” Vicki’s friend Cory Larrabee responded.

After seeing how Cory reacted to Braunwyn’s tweet, Vicki slammed Braunwyn by saying that fame has gone to her head “way too quickly.”

“This made my day Cory. Great analogy. This fame thing has gone to her head way too quickly,” she wrote. 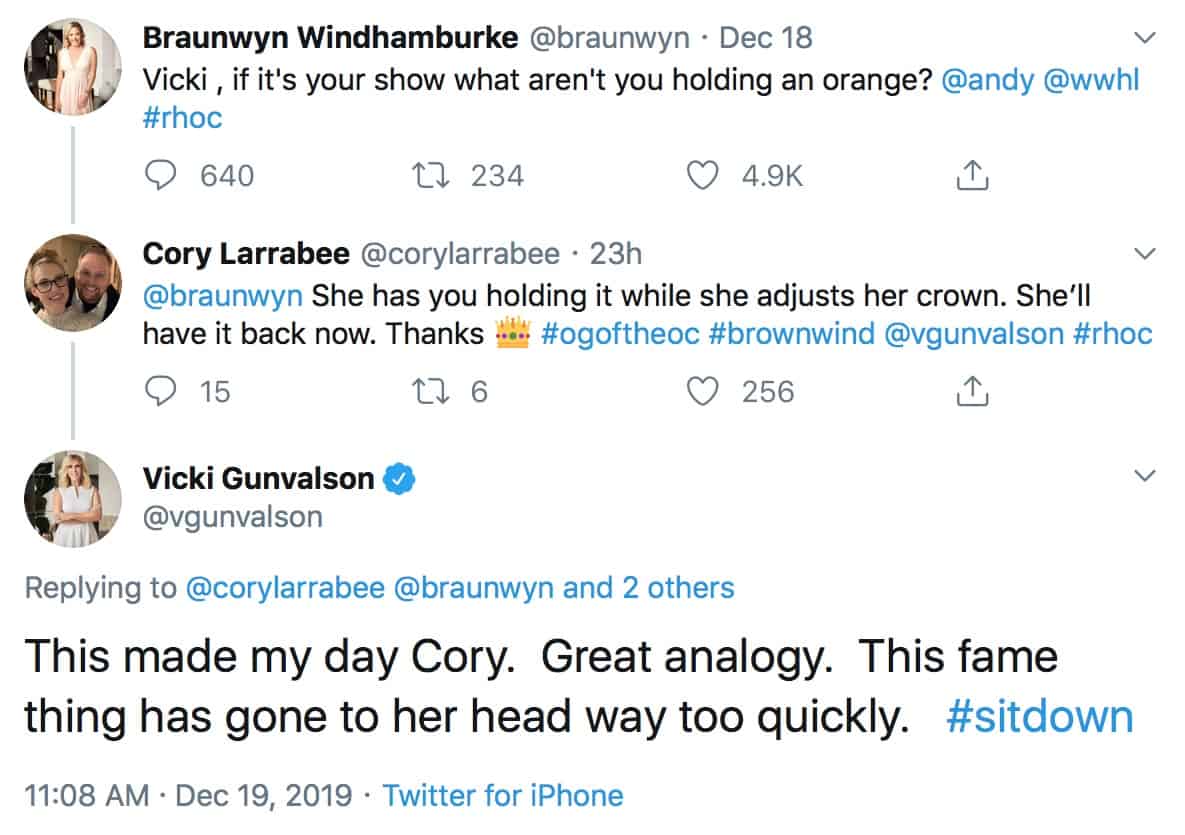 Meanwhile, after a fan on Instagram suggested Kelly treats Braunwyn “like sh*t” and said she likely believed the mother of seven was “weak,” Brauwnyn made it clear that no one should take her kindness as weakness.

“I’m a kind person, it’s sad we live in a world where that’s perceived as a weakness, but my greatest strength comes from the relationships I’ve formed with amazing people over the years,” Braunwyn explained in a comment.

In a second comment, Braunwyn responded to a fan who suspected Braunwyn attended Vicki and Steve Lodge‘s engagement party only because she knew there would be drama.

“Or because it’s part of being a Housewife… You show up,” Braunwyn replied. 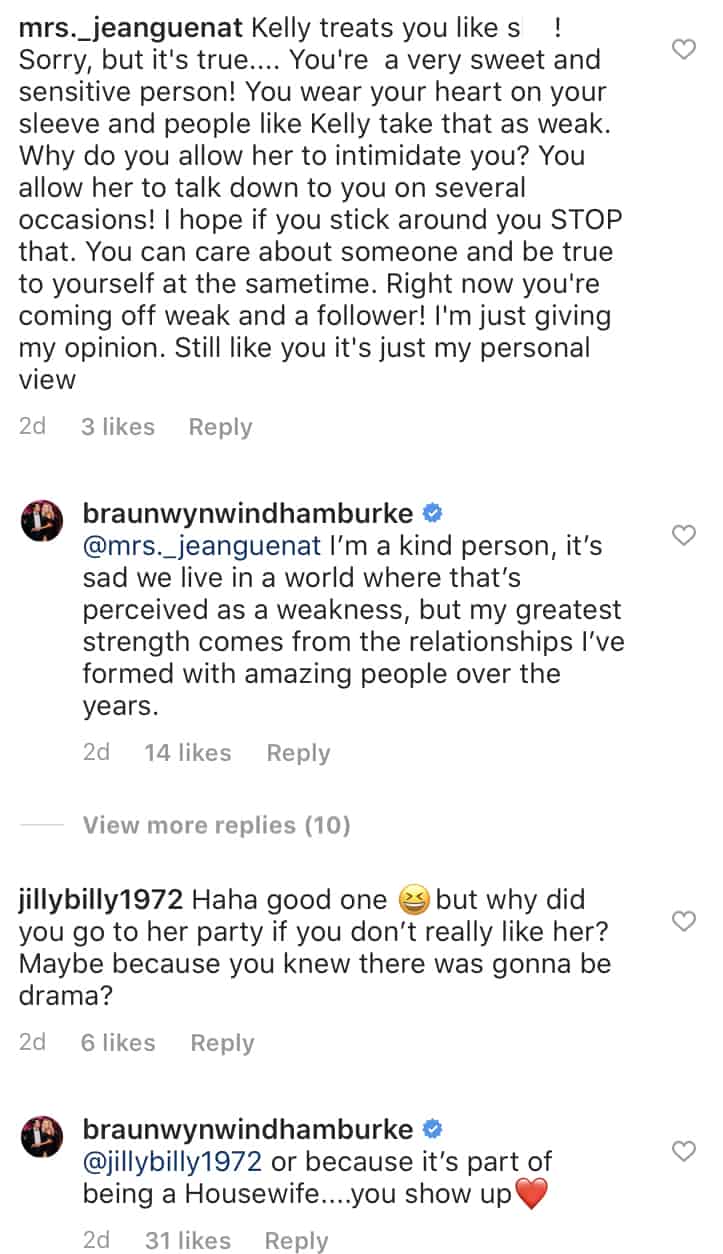