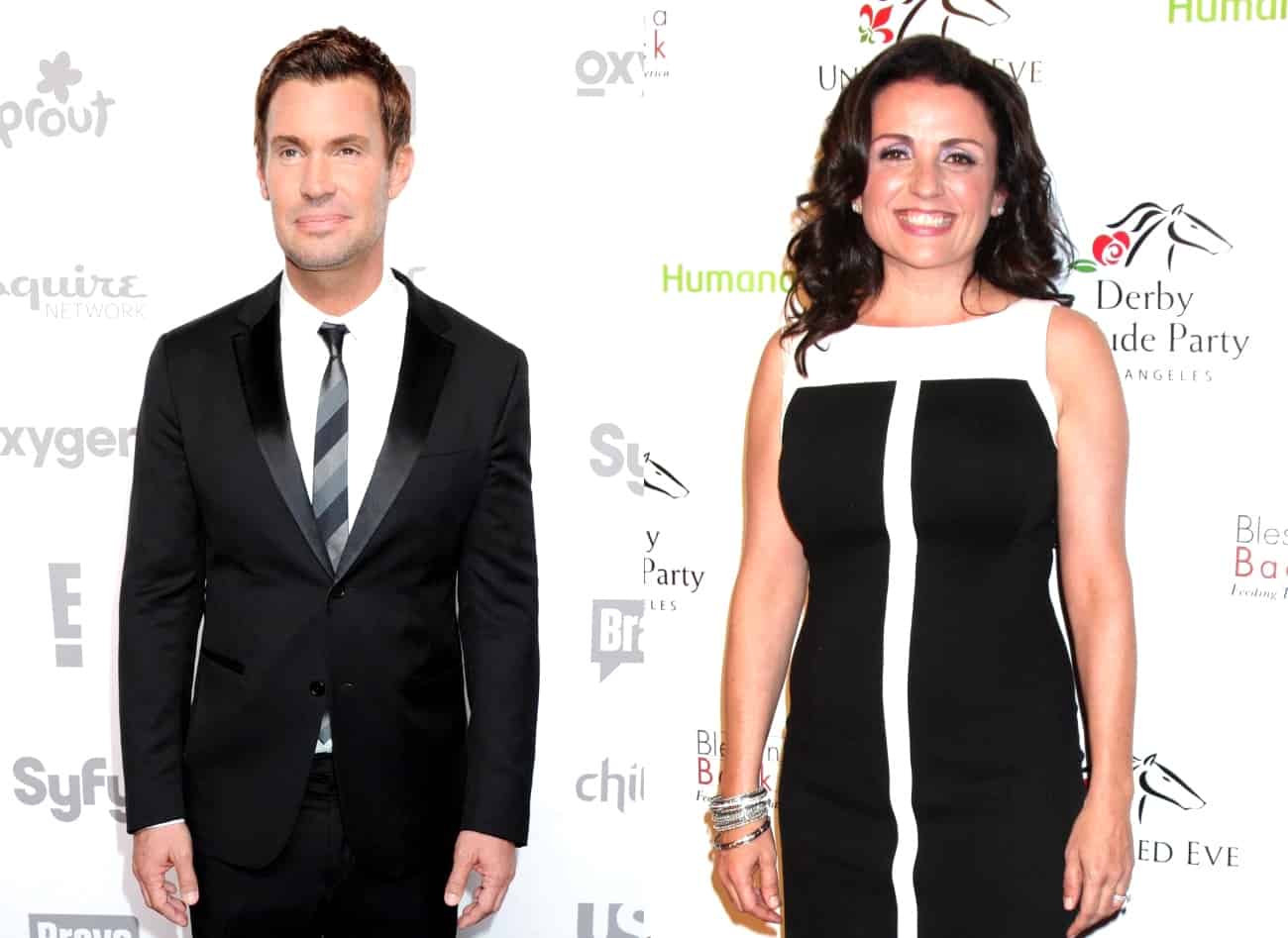 Jeff Lewis recently made an attempt at making amends with his former friend Jenni Pulos.

During Tuesday’s episode of the Flipping Out cast member’s SiriusXM radio show, Jeff Lewis Live, Jeff explained that after a lunch date with Heather McDonald, a friend of Jenni’s, he decided to offer an olive branch to her after feeling as though he had gotten to a place where he had finally let go of the hurt and anger he felt amid their feud.

“You had convinced me to reach out to Jenni because you felt that we should reconnect, and apologize, and move on from what we went through,” Jeff told Heather, his guest, on the show.

“And I did. I did,” he continued of a Happy New Year text sent weeks ago. “I reached out to her and I’m still waiting, Heather… I’m still waiting for that response… You took her temperature and you thought that now was a good time to reach out. That’s what you told me.”

While Jeff believed that Jenni would be open to the idea of talking with him because of what Heather had said, that wasn’t the case. Or at least, it isn’t the case quite yet.

“She ghosted me… I just got ghosted… I reached out and I extended an olive branch and she’s not ready,” Jeff shared.

According to Jeff, he suspects Jenni may be hesitant to respond out of fear that he is looking for an apology. But he’s not. Instead, he hopes to clear things up about his role in their dispute.

“I know you’re friends with Jenni so I want you to know, you can tell her that I am not looking for an apology. That’s not why I’m doing this,” he insisted. “I want to feel okay on my end of things. I am in a place now where I have let go of whatever hurt and anger and I want to clear up my end of things.”

Prior to the finale episode of Flipping Out in late 2018, Jeff revealed he was incredibly hurt by the way in which Jenni accused him of holding her back from her dreams of being an actress and of humiliating her during their time working alongside one another.