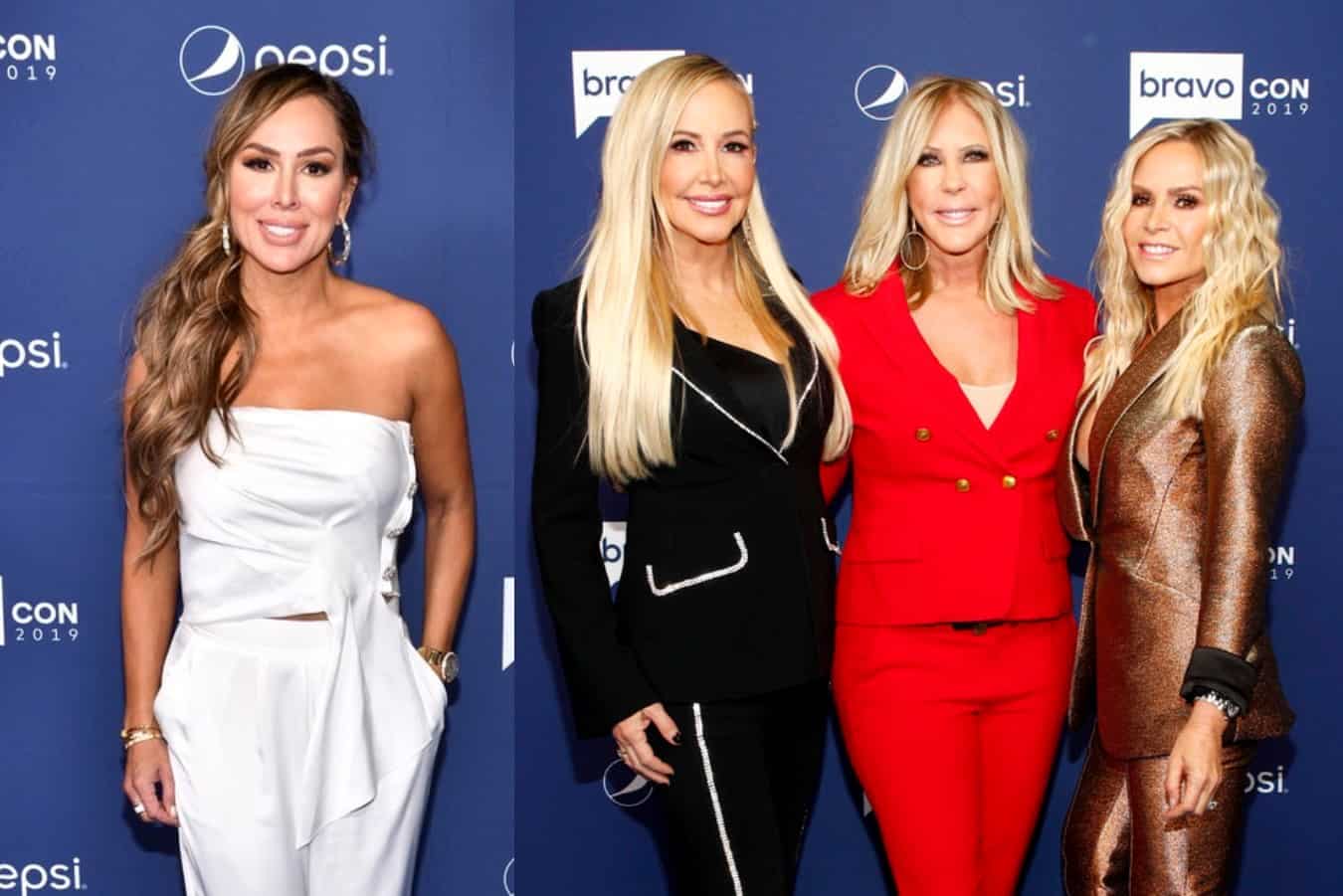 Real Housewives of Orange County star Kelly Dodd hints that anyone could be next on the chopping block after a fan commented on the recent cast change on one of her Instagram posts as she also throws shade at Tres Amigas.

After learning that longtime RHOC cast members Vicki Gunvalson and Tamra Judge won’t be returning in the show’s upcoming 15th season, many fans are left wondering who else will potentially leave the show. And based on one of Kelly’s recent comments on Instagram, she also knows her life on the show may not last forever.

“Birthday Woman…. would you oblige us nosy people like myself with any comment on your two now former cast members announcing leaving the show? 😬” a follower wrote in response to one of Kelly’s Instagram posts the other day before wishing her a happy birthday. 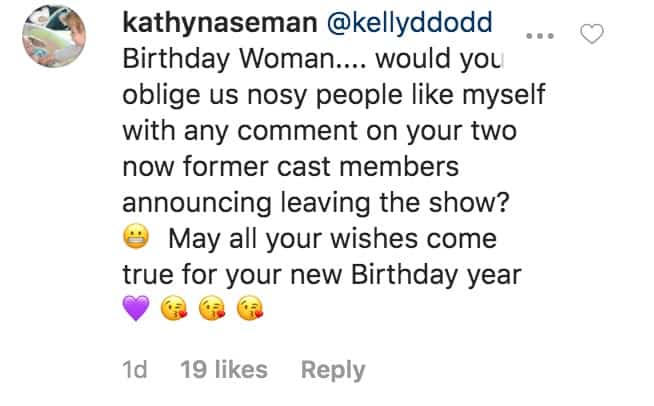 Kelly took the time to respond by writing, “everyone is expendable.. never think you are never going to be fired . I’m grateful that I have this job!! Now I think the show won’t be so dark and fun to watch” 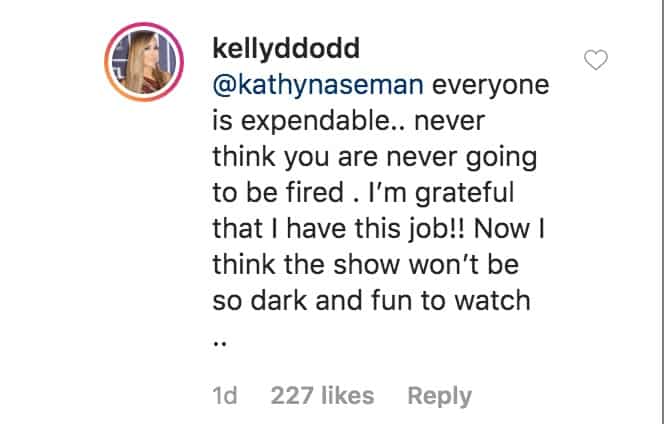 While there’s been no official news of Kelly or any of the other season 14 castmates leaving the show — aside from Vicki and Tamra, of course — there’s no telling who could be next on the chopping block in seasons to come. But that possible fear isn’t raining on Kelly’s parade as she posted a celebratory clip in her Instagram Stories following her former costars’ exits.

And earlier today, Kelly also threw some shade at the Tres Amigas trio, which includes Vicki, Tamra, and Shannon Beador.

After sharing a new photo showing the celebration for the 60th birthday of her fiance, news anchor Rick Leventhal, a fan wrote to Kelly: “I can’t help but think how many times you made fun of the tres amigas and their ages…..Rick is older, no?”

I just want to thank everyone that came out to Ricks Sexy Sixty!! It was epic and we’re so appreciate and moved by the warmth & friendship. We love you all so very much!!

Kelly responded, “Yeah he doesn’t look it and he’s in great shape and isn’t falling and going to the hospital. And doesn’t act old.”