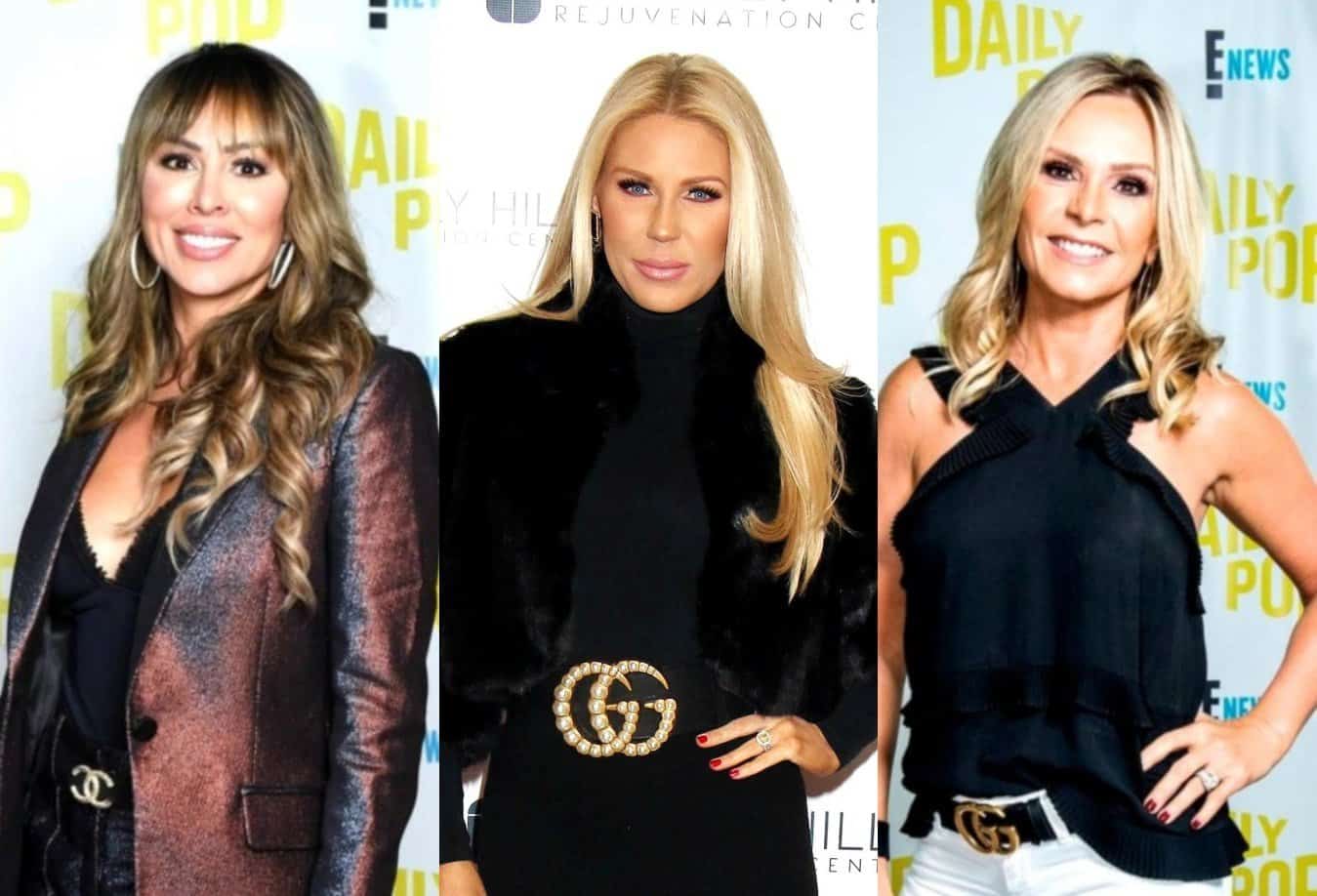 Kelly Dodd and Gretchen Rossi shared celebratory videos on their Instagram page after Tamra Judge‘s exit from The Real Housewives of Orange County was announced on Saturday.

Following Tamra’s sudden announcement, Kelly reacted to the news with a video shared by a fan as Gretchen and her fiancé, Slade Smiley, admitted they were “so freaking happy” as they enjoyed the “best day ever” with a date night with friends.

“Oh my god! Tamra’s gone too?! Kelly Dodd is the queen of the O.C.,” a woman yelled as she celebrated the exits of Tamra and Vicki Gunvalson with friends in Kelly’s clip.

As the video, which was shared on Kelly’s Stories, continued, the group began chanting, “Kelly, Kelly, Kelly!” Then, in a second post shared to her Stories, Kelly re-shared a message posted by a fan who said she should be given the “main orange” now that Tamra and Vicki are gone.

In a video shared to Gretchen’s Stories, she dished on her and Slade’s night out with friends as they agreed that evil has officially been crushed.

“We are celebrating! Yay! We are driving up to L.A. right now. We’re going to go meet some friends. We are so freaking happy right now so we are going on date night,” Gretchen, who appeared on RHOC with Tamra for five seasons, told viewers. “Grandma took the baby, Grandma and Grandpa, and we’re going to have a nice date night up in L.A. with our friends, and we’re just celebrating life and God being good and God taking care of us and blessing us and crushing evil!”

Tamra announced her exit from RHOC after an apparent demotion. She has since unfollowed her former co-stars, including longtime friend Shannon Beador.