Home Real Housewives of New Jersey News RHONJ’s Teresa Giudice Reveals Why She Almost Canceled Her Wedding to Joe the Week Before, Plus She Shares How Much Money She Thinks Jackie Goldschneider Got From Her Family

RHONJ’s Teresa Giudice Reveals Why She Almost Canceled Her Wedding to Joe the Week Before, Plus She Shares How Much Money She Thinks Jackie Goldschneider Got From Her Family 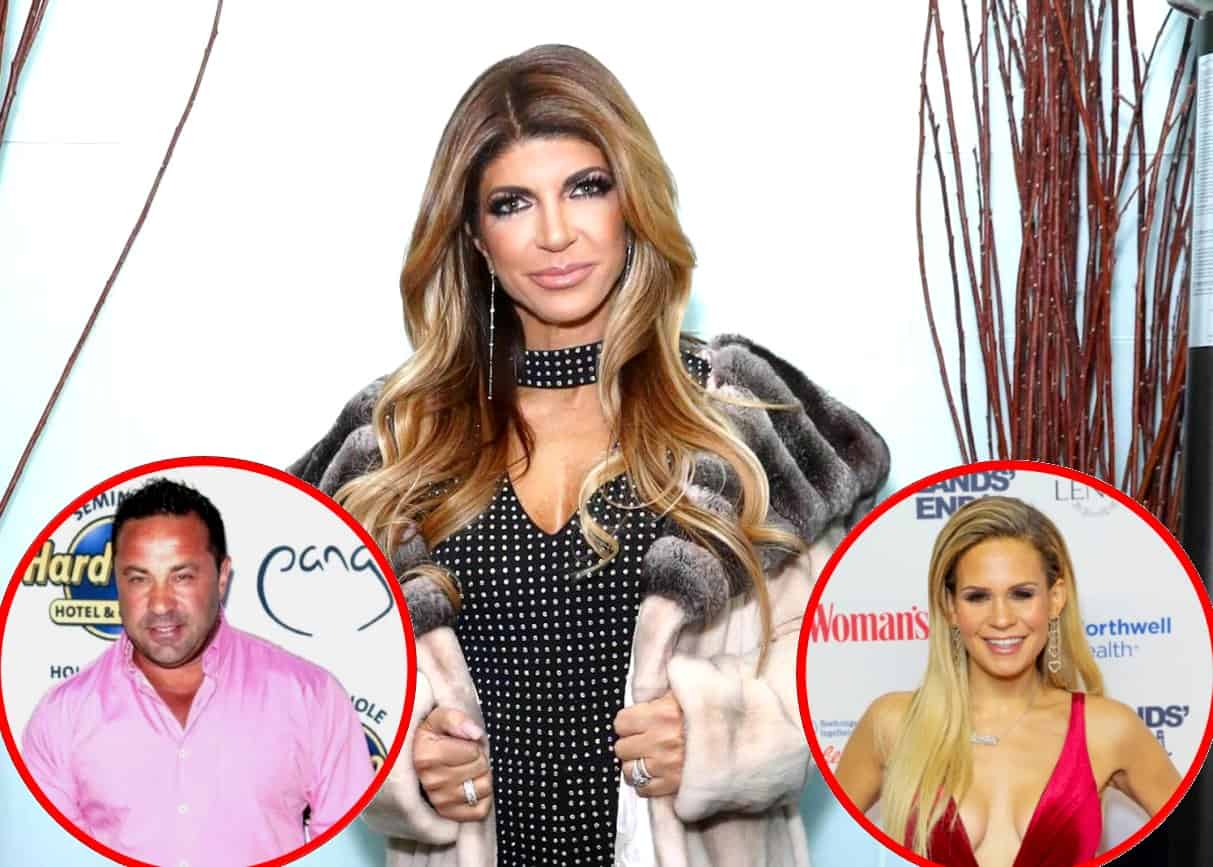 Real Housewives of New Jersey star Teresa Giudice is opening up about how she almost didn’t marry Joe Giudice. Plus she takes a guess at how much money her costar Jackie Goldschneider actually got from her parents.

While Teresa and Joe appeared to have somewhat of a strong marriage for most of their time on the show, it wasn’t until Joe got locked up that their relationship really took a turn for the worse. And as viewers saw during a particularly cringe-worthy scene on the show, Teresa admitted Joe made her sign a prenup.

“I was never the type of woman that ever asked a guy for anything,” Teresa explained on Bravo’s After Show as she explained why she didn’t feel a need to sign a prenup. “If I wanted something I bought it myself, like, I was just never that kind of girl.”

“Like, you know how girls look for sugar daddies? I don’t, I was never that person,” continued Teresa. “So I had no problem signing the prenup, I just was hurt over it.”

But according to Teresa, Joe’s need to sign the prenup made her question if she should marry him since at that time doing such a thing wasn’t very common. She even admitted that Joe’s cousin’s wedding had been called off over a prenup dispute. And apparently, Teresa almost did the same thing.

“I wanted to call off my wedding, but then my mom’s like, ‘No, you can’t do that,’” the reality star admitted on the After Show. “It was a week before!”

Teresa then cited her costar Jackie, who has openly admitted she has family money, making a point that if she had that kind of money, she’d definitely want to sign a prenup.

“Like for instance, Jackie Goldstein got how much millions? $50 million from her parents?” Teresa said in jest, not realizing she swapped out the name “Goldstein” for “Goldschneider.”

Teresa continued, “So like, [Jackie] got, whatever, how much? $40 million? I think it was $40 million. Then I can see him making me sign a prenup, you know, if that was his parents’ money, then I would have no problem.”

Catch new episodes of Real Housewives of New Jersey every Wednesday at 8 p.m. on Bravo TV.