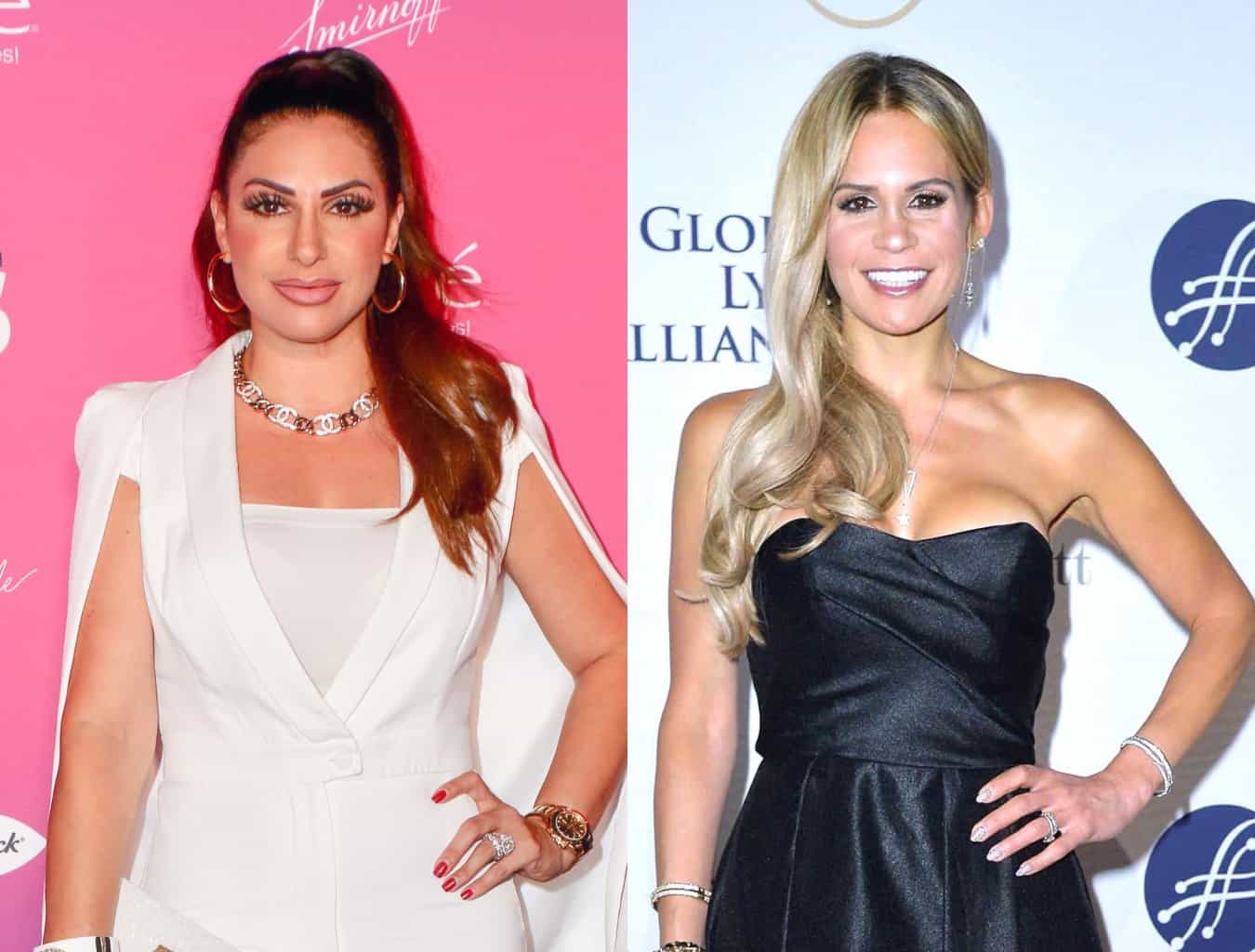 Real Housewives of New Jersey star Jennifer Aydin is sharing why she thinks her costar Jackie Goldschneider is still struggling with eating issues as Jackie opens up about her lowest points during her battle.

Jackie has been very open about her past struggles with her eating disorder on the show. And after RHONJ star Margaret Josephs voiced that she noticed Jackie didn’t eat that much on Wednesday night’s episode, Jackie candidly admitted that she still struggles to maintain a healthy mindset when it comes to eating after having overcome a nearly-fatal eating disorder.

But Margaret’s not the only housewife who continues to question if Jackie has fully gotten over her eating disorder. In fact, her costar Jennifer believes she still has major food issues.

“I mean everyone is ordering food and [Jackie’s], you know, whipping out a protein bar from her bag because she is calorie counting. Or you know – everyone is looking at the food and she’s asking if there’s a yogurt or she’s saying she’s not hungry for breakfast,” Jennifer said of Jackie’s eating habits on Bravo’s After Show. “You know when someone says they are not hungry for breakfast and you see these little habits and you know that they have an issue with food or they did then it’s like a red flag.”

While Jennifer’s quick to comment on Jackie’s suspicious eating habits, the reality star has openly admitted to having cosmetic procedures like liposuction, which is done by her husband, a plastic surgeon. And Jackie herself has slighted Jennifer about that on Twitter, saying that maybe she wouldn’t need lipo if she didn’t eat so much.

JACKIE REVEALS WHERE HER FAMILY MONEY COMES FROM!

As for Jackie, she opened up about her lowest points during her battle on the RHONJ After Show, plus how her parents dealt with it.

“They saw really bad habits like I would bring a food scale with me [to a restaurant],” shared Jackie about her parents seeing her battle her eating disorder. “[They] made a size double zero back then and it was falling off me. I was shopping in the children’s department. I was so rail thin that in the mornings, my stomach would go so concave that my hipbones would jolt out of my body. It was gross. I think my parents were getting so worried and the fact that I was so defensive made it combative.”

Jackie admitted on the show that she ended up putting herself into treatment in order to get back to a healthy weight again.

New episodes of Real Housewives of New Jersey air every Wednesday at 8 p.m.