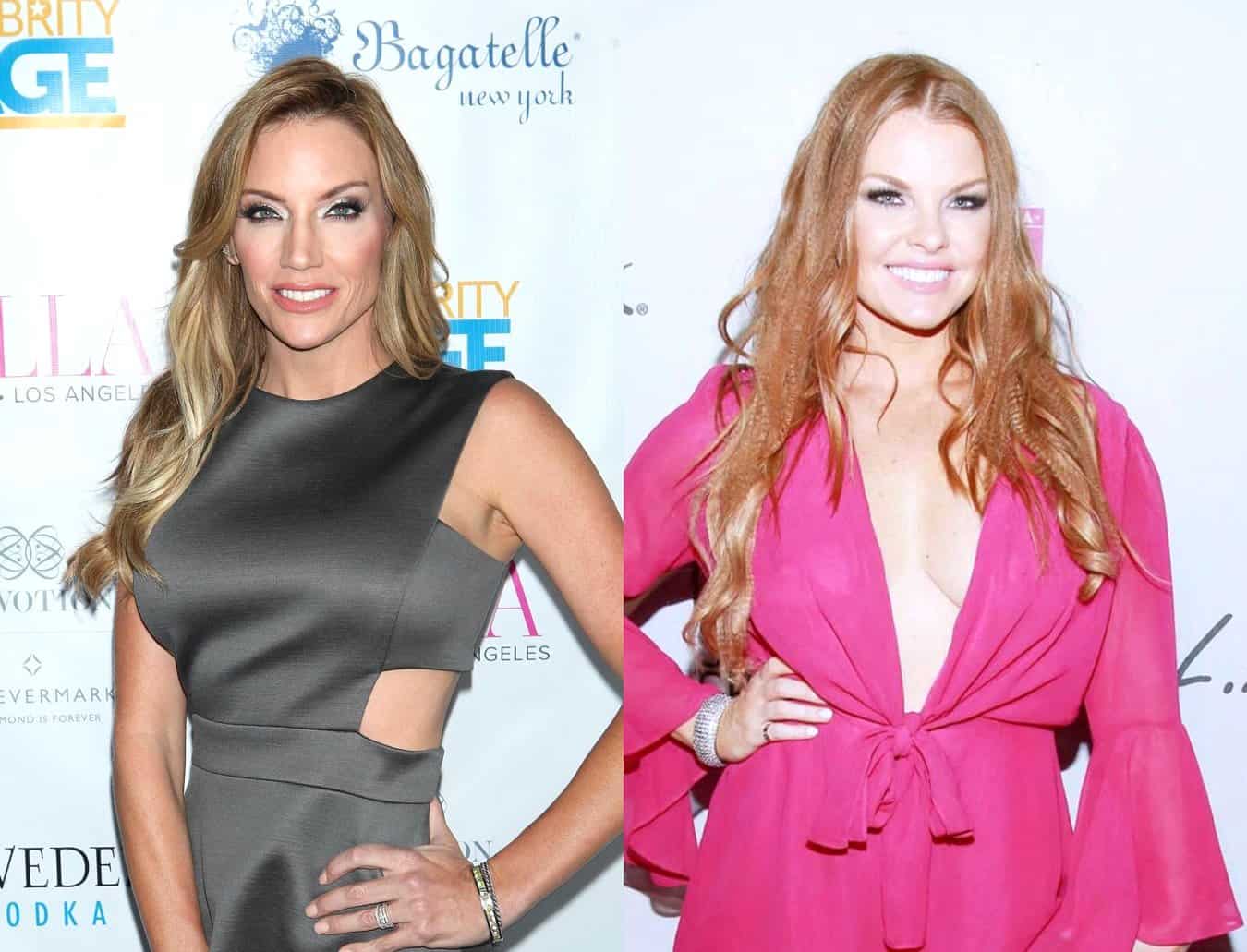 Looks like Brandi is in hot water yet again! Just a couple of weeks after Brandi checked herself into a wellness center after a video of her mocking Asian people resurfaced online, she was caught badmouthing her costar Cary’s husband, Mark.

In a video clip recorded and posted by a Bravo fan account of the show, both Brandi and her bestie Stephanie Hollman were caught on stage in what appears to be a live tell-all show for their Weekly Dose of BS podcast, insinuating Mark was having an affair with a crew member in the past.

After the ladies’ co-host Trey Stewart shared some gossip as he claimed he had a “love affair” with a RHOD crew-member in either season two or season three, Brandi chimed in, asking, “Was it Mark Deuber?” This caused the crowd to go wild.

“No, it was not Mark Deuber,” the co-host answered.

“I’m just sayin’, I didn’t know if the rumors were true,” the Bravo star added.

As fans can recall, Cary, who was a full-time cast member in seasons one through three on RHOD, faced rumors on the show that her husband was fooling around with other people behind her back. These rumors were really brought to light on the show by LeeAnne Locken, who claimed Mark was engaging in sexual activities with other men and even attempted to make out with her.

As one would imagine, these rumors took a toll on Cary and Mark’s relationship, so it’s no surprise that Cary had a negative reaction to the leaked video of Brandi bringing up her husband in such a negative way.

“I was minding the business that pays me ????‍♀️really wish my name didn’t have to be brought up to get a little extra press chatter #desperate #messy” Cary wrote on Twitter Wednesday in response to a fan’s reaction to the footage.

I was minding the business that pays me ????????‍♀️
really wish my name didn’t have to be brought up to get a little extra press chatter#desperate #messy

Cary also responded to another follower who complimented her amid the crassness of the video.

“So disappointing to see that kind of behavior from women who saw the pain it caused my family and acted like friends.” the Bravo star replied.

So disappointing to see that kind of behavior from women who saw the pain it caused my family and acted like friends.