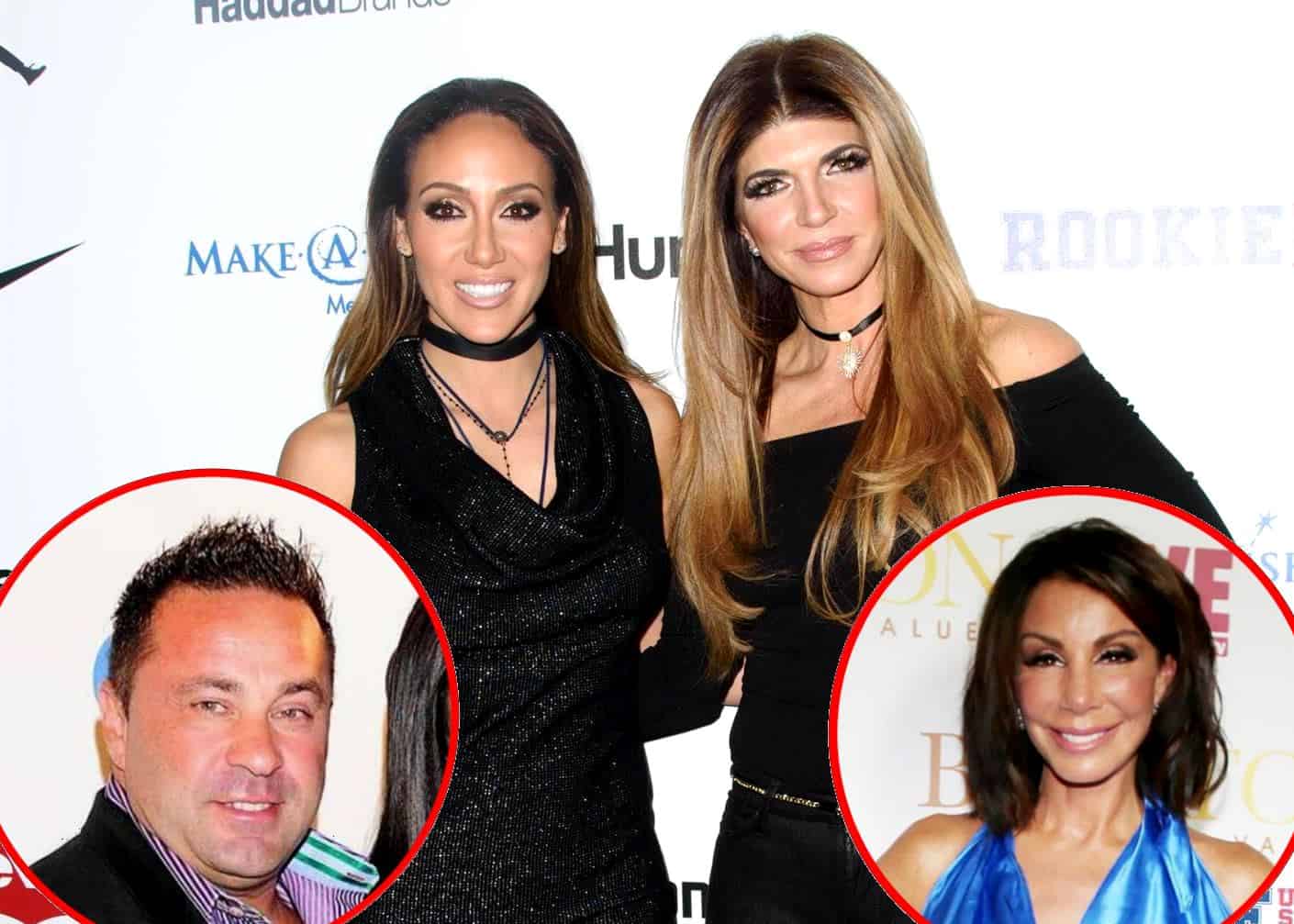 The Real Housewives of New Jersey star Melissa Gorga dishes on how her sister-in-law, Teresa Giudice, reacted to the pictures of her estranged husband Joe Giudice partying with other women in Mexico. Melissa also reveals her feelings about Danielle Staub recently announcing she was quitting RHONJ.

It’s apparent that Joe isn’t wasting any time getting over his failed marriage to Teresa. Just over a month after their confirmed separation, the father-of-four was caught hanging out with multiple women while on a trip to Mexico over the weekend. And just like us, Teresa and Melissa were surprised to see the racy photos.

“Um, Joe [Gorga] and I were actually sitting on the couch together and Teresa texts us the link from TMZ,” Melissa recalled after a caller asked how she reacted to the pictures while on Watch What Happens Live Wednesday night. “And I answered back, ‘Who are these hoes?’ And [Teresa] answered back, ‘LOL.'”

Following TMZ’s leaked photos, Joe issued an apology to his daughters for his behavior on Instagram but deleted it soon after.

While in the clubhouse, Melissa also took a moment to comment on the news that her controversial costar Danielle wouldn’t be returning to film RHONJ, admitting that she thought the decision was the right one.

“I think it’s time for Danielle to throw in the towel. I honestly do,” Melissa expressed while on WWHL’s After Show. “She served her purpose. She’s so big on the fact that she’s an OG. It gets like, we know. I understand that [she doesn’t feel like she’s gotten the respect she thinks she deserves] — like, come on, she does it to herself.”

But when a fan called in and asked if Danielle’s recent threats about exposing her supposed “secrets” on Instagram worried her, Melissa didn’t even flinch.

“Oh my god! She’s been saying that for about 10 years, by the way. But it’s always the same thing,” the Bravo star said on the show. “It’s about the show and how we started and that she asked me to film with her. It’s like we know already… and it was 2009.”