Danielle Staub Announces She’s Quitting the RHONJ! Plus She Reveals New Career and Slams Co-stars as “Mean Girls” and “Bullies” 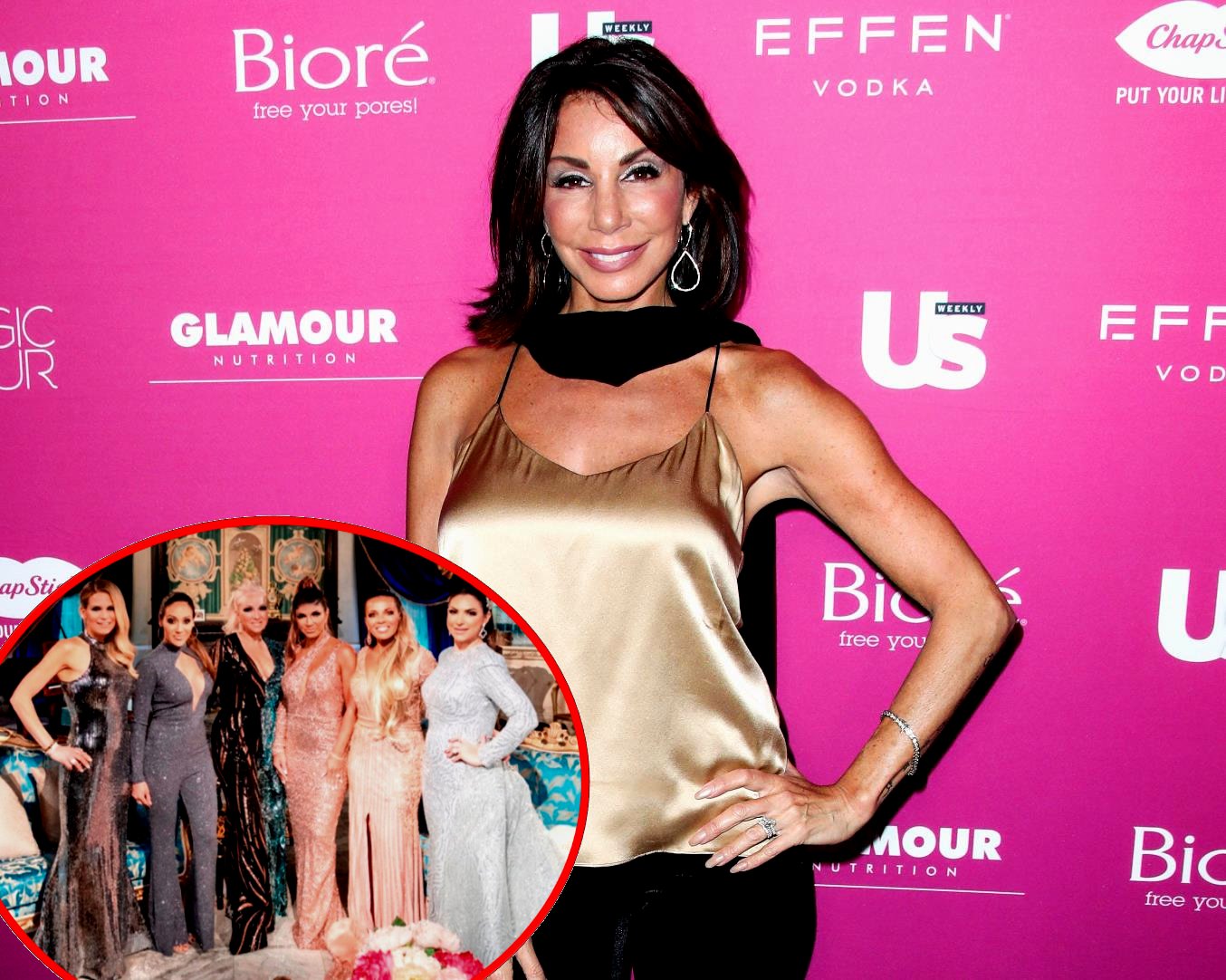 Real Housewives of New Jersey star Danielle Staub revealed she won’t ever be coming back to the show again. Plus, see what biting words she had for the RHONJ cast in one of her recent Instagram Stories as she also revealed her new career plans.

While Danielle has only held a “friend” role in the last two seasons of the RHONJ, boy, is she making a splash! And while she’s taken part in some of the most iconic Bravo moments — like having a table flipped on her when she was a full-time housewife in season one — she’s decided to make a major career change.

“Well, I have, over the last 12 years and 10 seasons, been a part of this whole franchise and I’ve been very happy to rally and stand on the platform and be here with all of you,” Danielle said while on Watch What Happens Live Wednesday night. “But it is time for me to leave and do something that I wanna do that makes my heart happy every day. And so, I will be never returning as a housewife again.”

It was then that Danielle made one very important clarification.

“Never returning as a housewife again — with the Jersey girls.”

While it would be pretty entertaining if Danielle popped up on Real Housewives of New York City or any of the other franchises, fans would be surprised if that actually did happen. So while Danielle is waiting for an invite to come onto another Bravo show, she revealed she’d be starting her very own cooking channel.

“Cooking is therapy to me, so I’m basically calling it cooking therapy and I find my peace in the kitchen,” the reality star added of her new career move.

As fans already know, this news comes as somewhat of a shock considering all the drama Danielle’s been involved in on the show’s current 10th season. In this week’s episode, we watched things get physical between Danielle and her ex-bestie Margaret Josephs. But while Danielle feels she was provoked, leading her to violently pull on Margaret’s ponytail, many of the housewives who were there felt she started the fight.

In a post to her Instagram Stories on January 8, Danielle accuses Margaret of rallying the cast against her before going on to slam them as “bullies” and “mean girls.”

“[Margaret] just expected to come in bully and harass me and bring her group of minions that she’s worked so hard to gather around her so they could all tear at me together,” wrote Danielle while using the hashtag #BULLIESOFRHONJ. “[The] only reason this group of mean girls and bullies have a problem with me is because of Margaret Josephs” 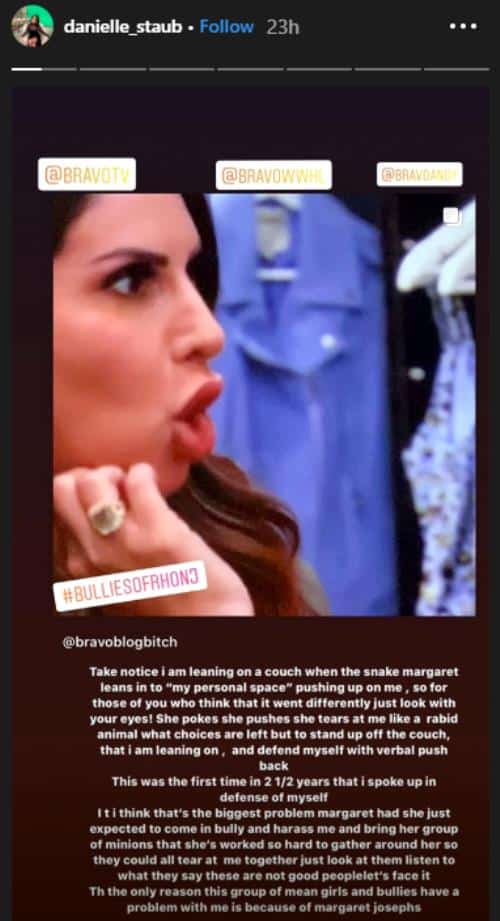 Since the fight, Margaret has stated she wouldn’t be pressing any charges against Danielle for the time being. But even so, it seems this fight may have been what pushed Danielle over the edge, ultimately helping her make the decision to quit the show altogether.