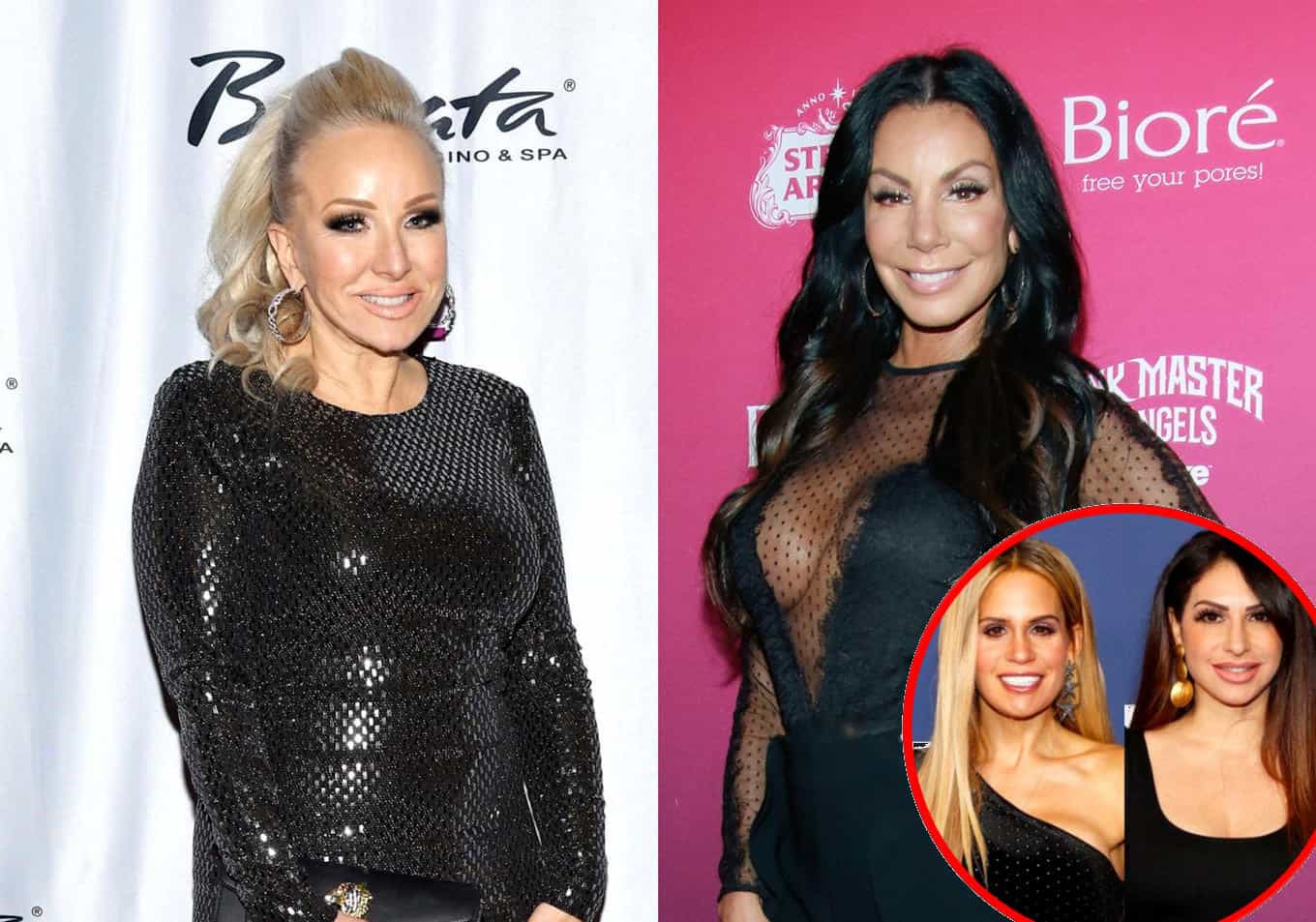 Margaret Josephs released a series of Twitter posts on Wednesday night after she and Danielle Staub were seen fighting on The Real Housewives of New Jersey during a Steven Dann shopping event.

After engaging in a heated verbal dispute, during which the women took aim at one another’s physical appearances and relationships, Margaret reacted to being attacked from behind by Danielle and accused her of nearly breaking her neck and paralyzing her as a couple of their co-stars weighed in on the shocking altercation.

“Happy New Year! I just want to check in & say while everyone is anticipating tonight’s episode it is very painful for me to relive,” Margaret began. “The energy that day frightened me & to this day it still does. I have never hit anyone nor did I after being pushed or being assaulted from behind.”

“What I did do after a half hour of a brutal back and forth with my personal space being invaded was to pour water on someone who was clearly looking to assault me and push me into a physical altercation. I have been told I deserved it, I asked for it…. I was attacked a full 12 minutes after the fact from behind,” Margaret continued.

According to Margaret, Danielle could have broken her neck when she grabbed her hair from behind and pulled her after Margaret tossed a glass of water on her.

“My neck was snapped back, easily could have been broken. I could not defend myself. I could have been paralyzed,” she explained. “Everyone was crying including production. It was horrific. I wanted to forget move on. To this day devastated.”

Following the episode, the RHONJ cast weighed in on Twitter and expressed their support for Margaret, who snapped at Danielle after being told she was in need of a plastic surgery overhaul.

“It is totally unacceptable to physically hurt someone else! No matter what happened, [Margaret] did not deserve that!” Jennifer Aydin wrote.

It is totally unacceptable to physically hurt someone else! No matter what happened, @MargaretJosephs did not deserve that! #brutal #rhonj

“I love you and will always have your back,” said Jackie Goldschneider.

@MargaretJosephs I love you and will always have your back. #TeamMargaret #rhonj