Home Real Housewives of Orange County News Bravo’s Andy Cohen Reveals Real Reason Tamra Judge and Vicki Gunvalson Were Let Go From RHOC as He Denies it Had to Do With Age, Plus He Responds to Nene Leakes’ Quitting Rumors

Bravo’s Andy Cohen Reveals Real Reason Tamra Judge and Vicki Gunvalson Were Let Go From RHOC as He Denies it Had to Do With Age, Plus He Responds to Nene Leakes’ Quitting Rumors 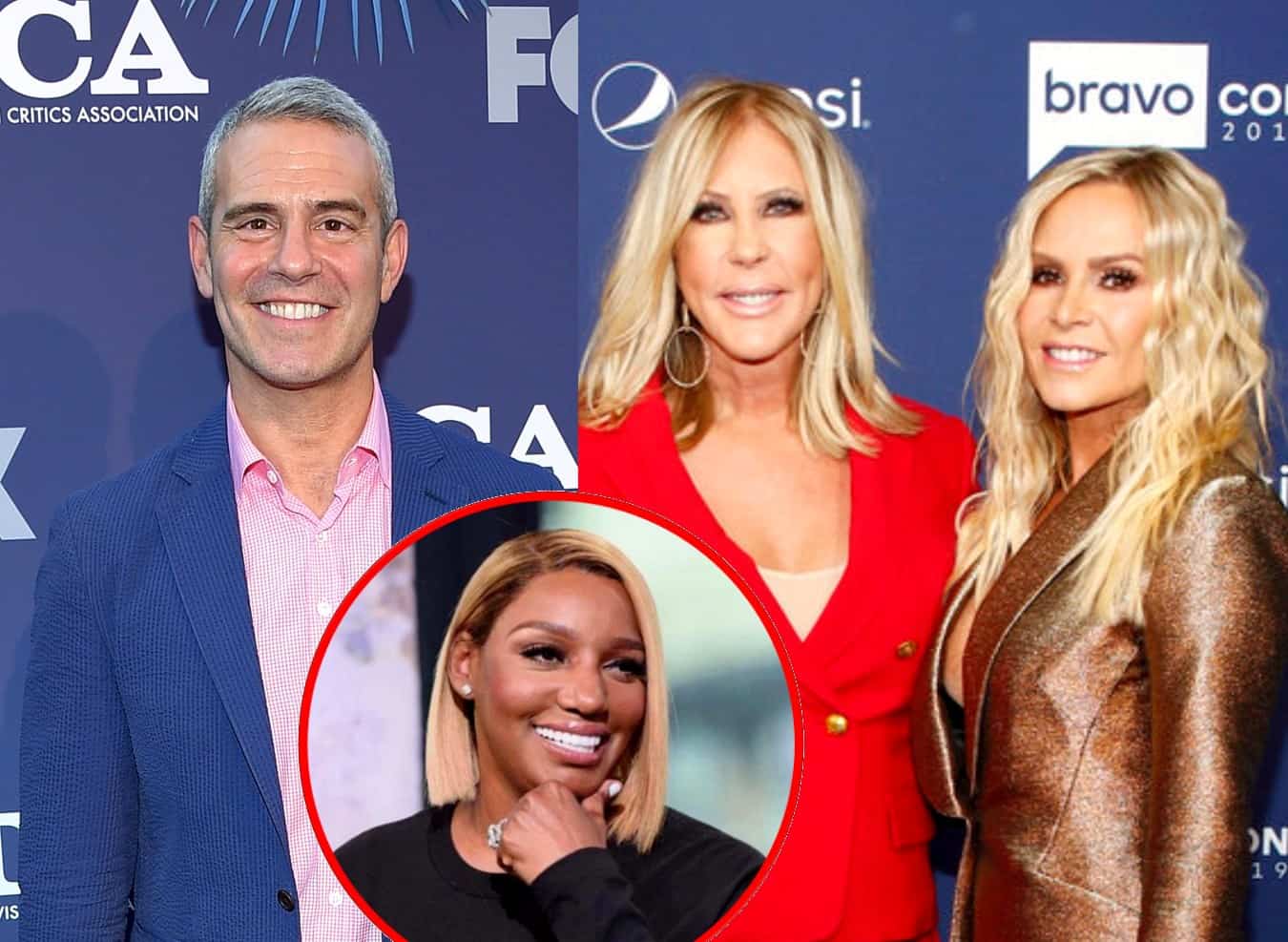 Bravo executive Andy Cohen is revealing the real reason the Real Housewives of Orange County cast members Tamra Judge and Vicki Gunvalson were let go from the show as he denies it had anything to do with their ages. Plus, he speaks out amid Real Housewives of Atlanta star Nene Leakes‘ exit rumors.

There’s no denying that RHOC will be forever changed after the surprising exits of both Tamra and Vicki last month. With returning housewives like Emily Simpson and Gina Kirschenheiter being a bit younger, some fans are left wondering if age has something to do with keeping a spot on the show. But as Bravo’s head-honcho recently revealed, the change had nothing to do with age and everything to do with the momentum of the show.

“If you look at the breadth of Housewives on all of the shows, we represent all ages, and specifically [Real Housewives of] New York City, Ramona [Singer]’s 61 or something,” Andy explained on his SiriusXM show Andy Cohen Live on January 29. “The answer is this doesn’t have to do with age.”

As fans have recently learned, not all the housewives in the higher age bracket have left the show, including Shannon Beador, who’s in her mid-fifties. But according to Andy, as full-time cast members, Vicki and Tamra would likely prohibit the show from moving forward. He added that producers felt the ladies had simply exhausted their storylines, which were becoming repetitive following 12 seasons on the show by Tamra and 14 seasons by Vicki.

“This has to do with the stories that have to be told. We just felt like, with Orange County, we were kind of going in circles a little bit with the group,” Andy continued about the show. “And sometimes you have to take people out of the group in order to see it go in a new direction. Had we taken Shannon out of the group, then there would be a discussion to be had about the age and what are you doing, and is there something more to this but there’s just not.”

Andy also wanted to make a point to say he’d never want to alienate longtime viewers of the RHOC who are likely in the same age group as Tamra and Vicki.

“The last thing we want to do is isolate long time fans of the show or make them feel like there’s nothing in the show for them,” he shared. “I think overwhelmingly, the response that I’ve gotten is ‘Oh, I get it.'”

As Bravo fans likely know, another longtime Bravo star, RHOA’s Nene, has been rumored to want to leave the show after her friend Wendy Williams revealed on her talk show that Nene texted her about her alleged decision to exit. But according to Andy, texts like these are nothing to lose sleep over.

“I was telling someone — look, I get text messages from Housewives all the time saying, ‘I quit! That’s it. I quit!'” Andy revealed in a separate interview with ET Online while at SiriusXM’s pop-up “Radio Row” Studio in Miami on Friday. “So, I say, OK, let’s take a pause. Let’s talk tomorrow, because maybe if we talk tomorrow, you won’t feel as heated as you do today about it, so it’s a natural process of the evolution of being a Housewife that you quit to me several times.”

The Real Housewives of Atlanta airs Sunday nights at 8/7c on Bravo.