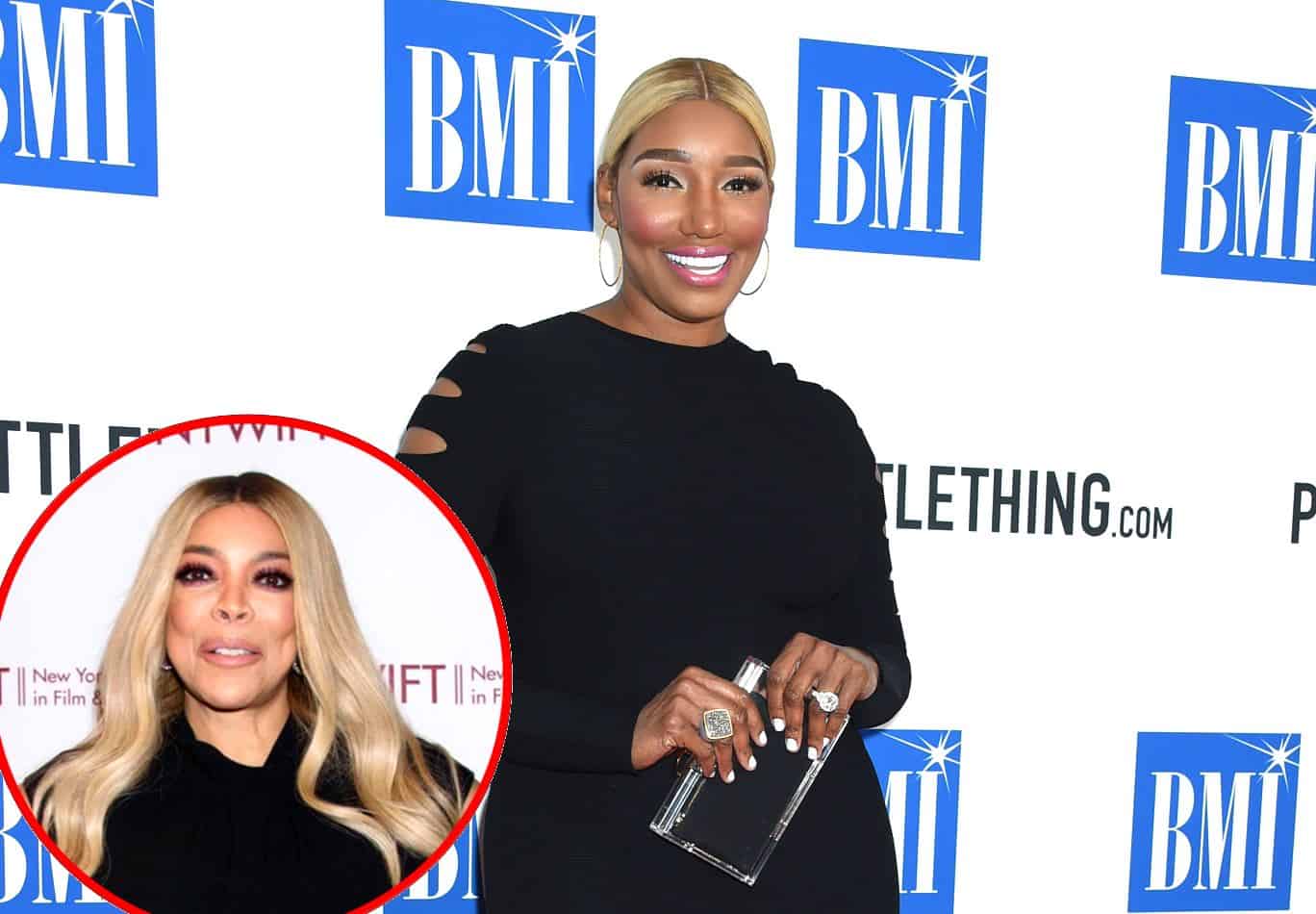 Days after a shocking midseason trailer featured Nene attempting to spit on co-star Kenya Moore, Wendy shared news of Nene’s exit on her talk show, The Wendy Williams Show, and revealed that she learned something about the longtime reality star prior to the sudden decision.

“I just saw something this morning that is very exciting,” Wendy revealed to guest Jerry O’Connell about the message she got from Nene.

While Bravo has yet to confirm any such news, Wendy went on to explain why she was hoping to see Nene stay on the show.

“I know something about Nene that you all will cry, be sad, feel bad for her. She’s carrying the weight of a huge thing on her shoulders,” teased Wendy. She later clarified that it wasn’t about the health of Nene’s husband Gregg Leakes, who has been “cured” from his cancer.

Wendy later shared that when Nene shared this secret with her, she “cried,” although Wendy refused to tell her audience what this secret was.

“Nene, you need that platform to explain. That’s all,” said Wendy while crying, as she encouraged Nene to remain on the show, adding: “Nene, don’t quit.”

However, Nene’s rep appears to be downplaying Wendy’s comments in a statement to TooFab, stating that Nene has yet to fully decide on anything.

“It’s been an especially difficult couple of weeks for Nene, and she was venting to her friend in private correspondence. Nothing has been confirmed or officially decided for next season,” said a rep for the RHOA star.

However, just hours ago, Nene further fueled rumors she was quitting the show by sharing a post on Instagram which read: “Sometimes our biggest blessings are wrapped up in a goodbye.”

Last week, an insider claimed Nene was “seriously contemplating” leaving the show amid feuds with several of her co-stars, including Cynthia Bailey and Kenya, and Real Housewives executive Andy Cohen.

“Nene is really seriously contemplating more so than before if she’s going to be doing another season of Housewives. The show is really a job for her now and she doesn’t love it like she used to,” a source close to production told Hollywood Life at the time. “She’s just not sure if arguing with women she doesn’t like surrounding herself with other than for work purposes is worth the paycheck.”

“She’s at a totally different place in her life now and this season was very different from her than seasons before due to certain relationships and the shifts they took,” the source added.