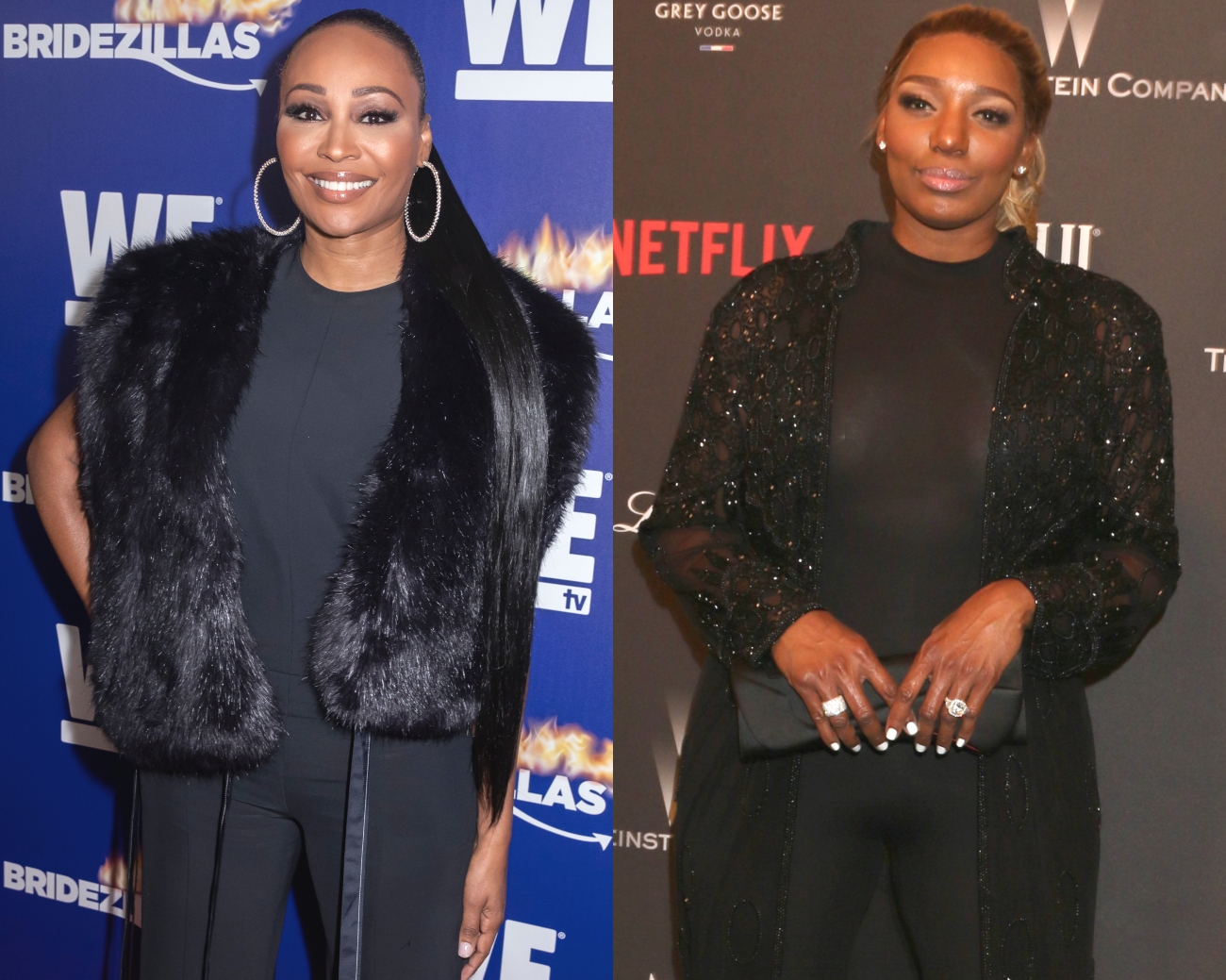 Cynthia Bailey shared new details about the recent filming of The Real Housewives of Atlanta reunion during an appearance at the Bridezillas season 12 fashion show in New York City earlier this week.

After NeNe Leakes unfollowed the majority of her co-stars following the taping, prompting rumors of a cast feud, Cynthia was asked about what exactly made NeNe snap during filming.

“It was accountability and taking that,” Cynthia explained to Us Weekly, adding it was “not untrue” that NeNe has difficulty owning up to her mistakes.

While NeNe took aim at Cynthia on Instagram after the taping took place, claiming she was “sneaky and underhanded,” Cynthia said she isn’t mad at her co-star and hopes they can work through any issues NeNe has with her.

“I have nothing bad to say about her,” Cynthia said. “I hope that we talk about it and work through it … I think we can. I hope we can move past it.”

“The reunion is crazy,” she added. “I look a little crazy.”

Following the reunion, NeNe took further aim at Cynthia and Kandi Burruss when she attacked them as being “weak” and accused them of plotting against her by trying to bring Kenya Moore back on the show.

After a fan tweeted to NeNe that “they” are trying to kick her off the show in order to bring Kenya back, NeNe responded: “The 2 weak chicks who she’s in an alliance with is for sure but it won’t work hunni! I said, it won’t work hunni.” 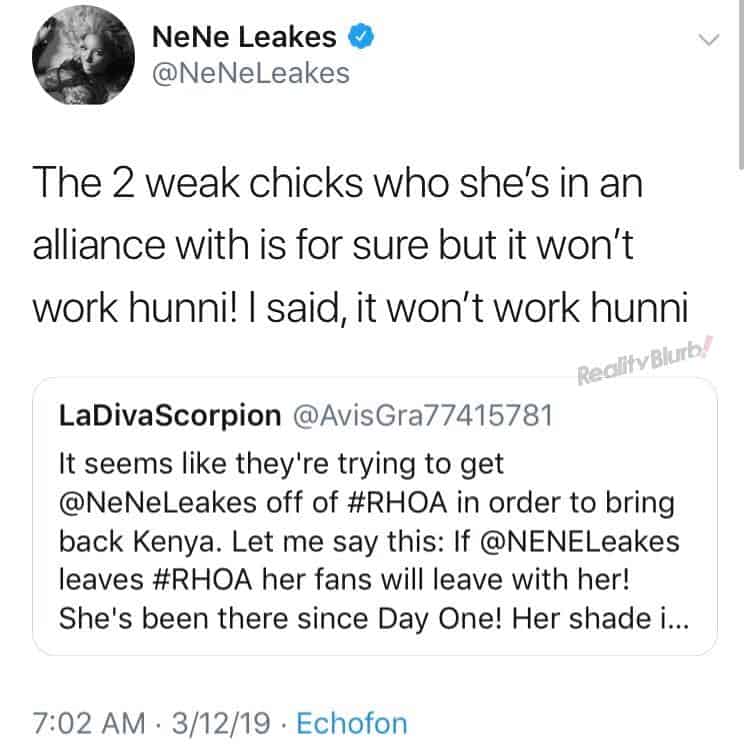 In other RHOA news, NeNe recently responded to a conversation about whether or not she had gotten physical with Porsha Williams, who is currently expecting her first child. During the last episode of RHOA, it was mentioned that Porsha’s belt managed to come off during NeNe’s closet meltdown, but Porsha refused to talk about it saying if she went into details, it would forever cause a rift between herself and NeNe.

After a fan suggested that they couldn’t see NeNe putting her hands on Porsha, especially during her pregnancy, NeNe said, “I NEVER touched her! So 3 other ppl n the closet but she the only that says that! LIES.”

RT @Demarcowinning: @ciscoTHETINK @NeNeLeakes @Porsha4real I feel the same way u do, but do u really c @NeNeLeakes putting her hands on pregnant Porsha or any other pregnant woman 4 that matter<I NEVER touched her! So 3 other ppl n the closet but she the only that says that! LIES