Home Below Deck Andy Cohen Responds to Backlash From Below Deck Reunion, Admits the Men Behaved “Horribly” and Explains Why He Didn’t Go Harder on Them

Andy Cohen Responds to Backlash From Below Deck Reunion, Admits the Men Behaved “Horribly” and Explains Why He Didn’t Go Harder on Them 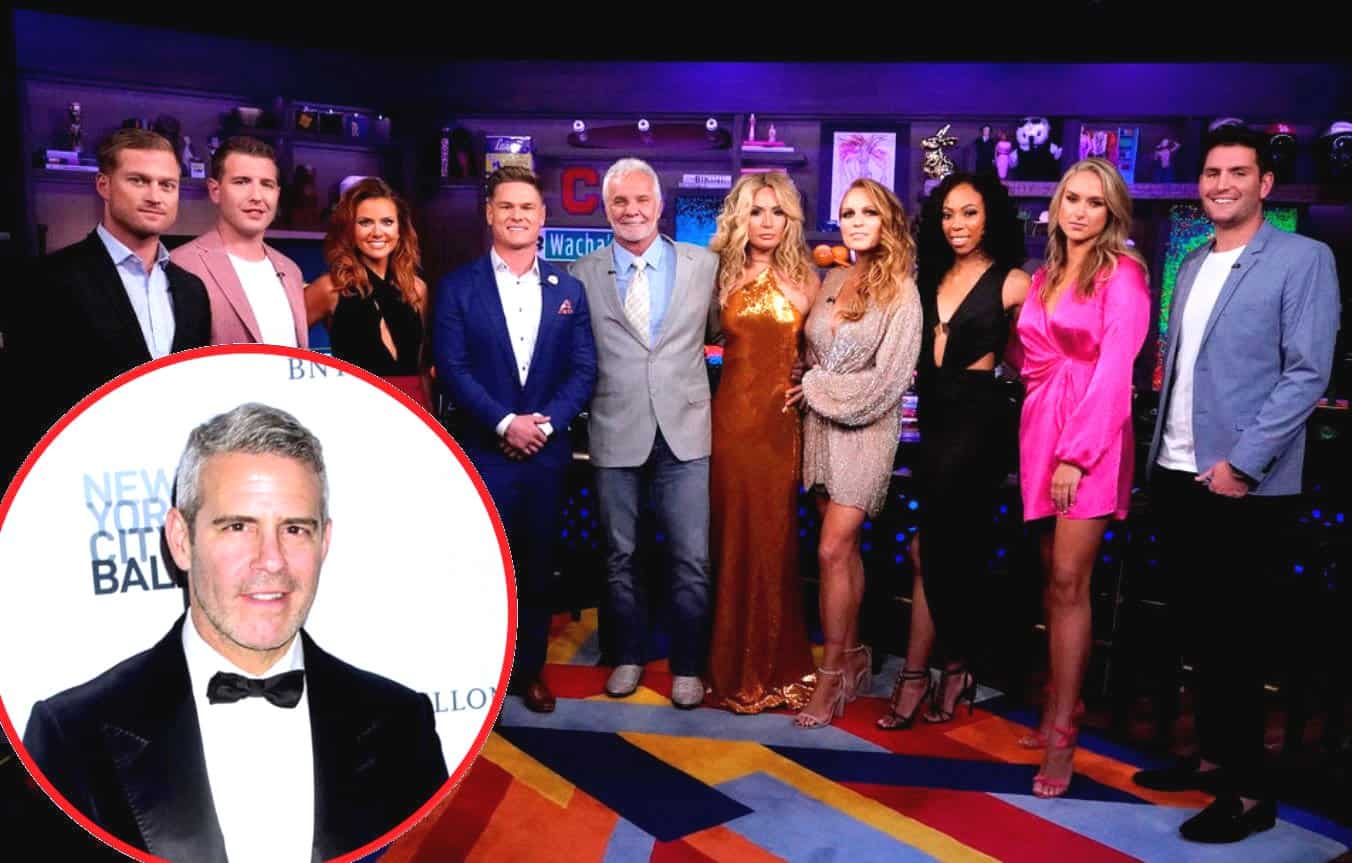 Andy Cohen is speaking out about the backlash he experienced on social media after Monday’s conclusion of the Below Deck reunion.

During Wednesday’s episode of his Sirius XM radio show, Andy Cohen Live, Andy shared his thoughts about the online criticism, which included claims of siding with the men, before dishing on the guys’ horrible behavior and explaining why he wasn’t tougher on them during the two-part special.

“The atmosphere of living on a boat with your co-workers who you also occasionally sleep with… it is totally unusual,” Andy said. “It’s out of the norm. It brings about horrible behavior [and] there is no HR person on the boat.”

According to Andy, he underwent a procedure on his forehead hours before the reunion and “was on painkillers” during the taping.

Andy also explained that when it comes to his involvement with Below Deck, he isn’t nearly as in-the-know with the happenings of the cast as he is with the casts of the Real Housewives franchise because he doesn’t produce the series. And because of that, he was a bit hesitant to host the special.

“I said to all the producers, ‘You guys, people are reacting so strongly to what’s going on in the misogyny and the whole thing.’ I want to make sure that I represent what everyone is so upset about. And so that’s, I think, part of the reason that I feel bad that I failed people.”

Throughout the seventh season of Below Deck, the men of the show made a number of questionable statements to the ladies of the show and were even pushy with them sexually. Understandably, many viewers were hoping the guys would face the wrath of Andy during the reunion.

Looking back, Andy said that if he was more in the loop with production, he would have added more commentary about the guys’ misogynistic antics.

Although Andy does wish he was a bit tougher on the guys, he also believes that the women of the show, including Rhylee Gerber, occasionally behaved like “a**holes.”

“Everyone kind of behaved like a**holes at one point or another and the point of the reunion is for both sides to say what they have to say. So, I just want to say, do I think the guys behaved horribly? Yes, of course. You can’t kiss someone who doesn’t want to be kissed or talk about slapping someone with your d**k,” Andy declared.

Andy then reminded his listeners that Ashton Pienaar offered a lengthy apology during the special.

“[Ashton] sat there and apologized in a four-minute soliloquy with tears in his eyes, okay? So, typically, what you look for at a reunion is some sort of apology or moving forward. So, after this guy sits there and apologizes for four minutes with tears in his eyes… Yeah, I didn’t beat him with a club after that as I think people would have liked for me to do,” he stated.

“The reason that I did that is… We have had Below Deck reunions where people hated each other, horrible things, and then they all go out that night and they get drunk and then they will … I come into work the next day and they’re like, ‘Guess who hooked up last night,’ I’m like, ‘You’re kidding me. How is that possible?’ So, that’s why I asked that question,” Andy explained.

“Do I wish I had not have asked it? Of course, I understand how it came off,” he added.