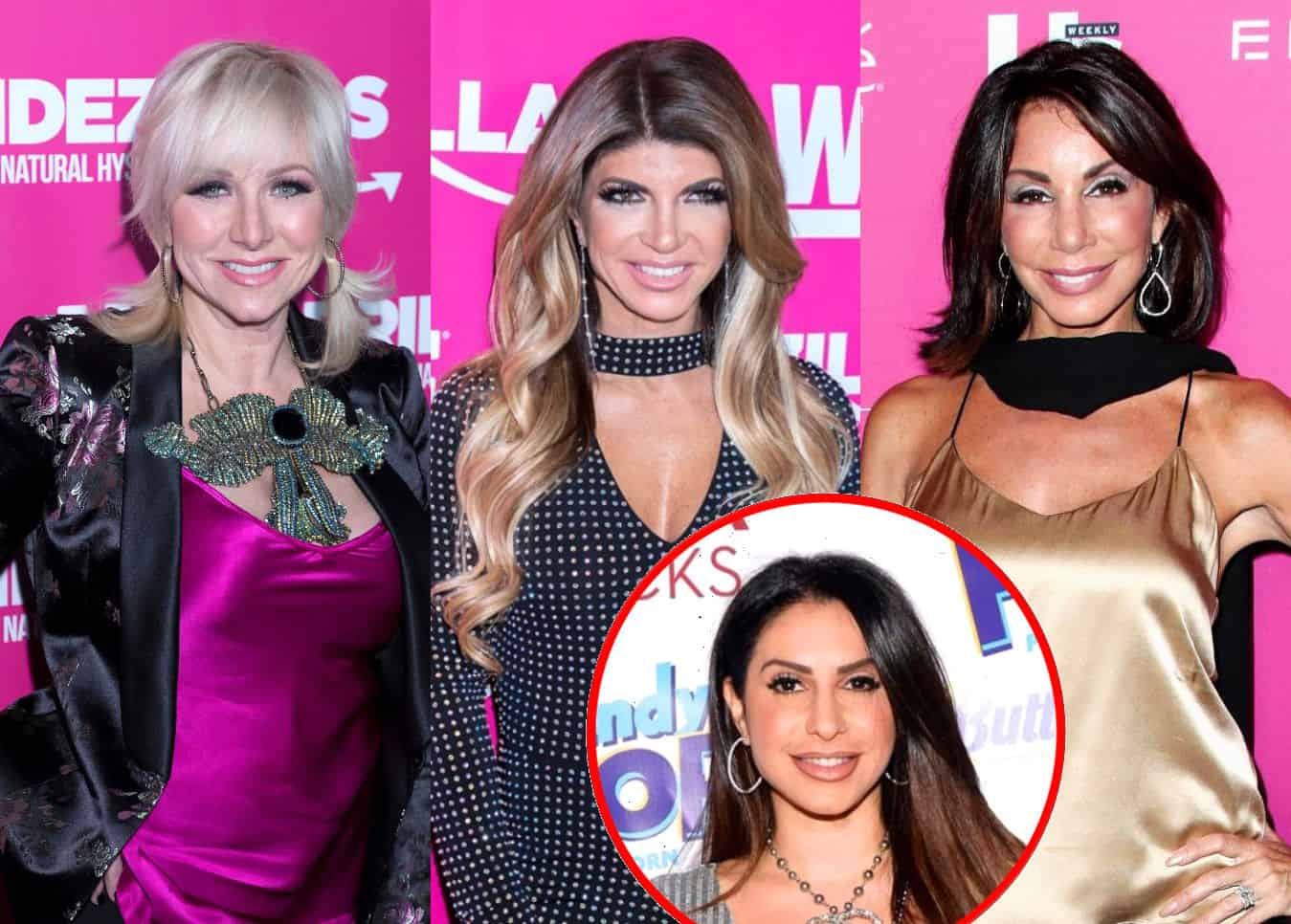 Margaret Josephs was shocked to learn that Teresa Giudice encouraged Danielle Staub to pull her hair during Wednesday night’s episode of The Real Housewives of New Jersey.

After watching Danielle tell Melissa Gorga that the boutique owner told her to pull Margaret’s hair and seeing that Teresa encouraged Danielle to “do it,” Margaret took to her Twitter page to react to the news as co-star Jennifer Aydin defended Teresa’s behavior.

“Well that was crazy…. I guess it wasn’t a knee jerk reaction, it was after the fact and premeditated,” Margaret wrote.

Following Margaret’s tweet, a number of her fans and followers weighed in, many of whom expressed shock in Teresa’s antics.

“I’m so disappointed in Theresa. I can’t believe I just saw her tell Daniel to do that do you!!! (If that’s what she was actually say and not an editing thing) Now you know why she defended her. I think myself and other viewers want to know if you pressed charges,” one person said.

“Premeditated by many,” added a third. “Teresa is not your friend, to encourage Danielle to do it, that’s what an enemy would do. But I’m sure you’ll find an excuse for her and continue to be her friend.”

Premeditated by many. Teresa is not your friend, to encourage Danielle to do it, that's what an enemy would do. But I'm sure you'll find an excuse for her and continue to be her friend.

While Teresa was seen on the show telling Danielle to “do it” numerous times before Danielle ultimately pulled Margaret’s hair and dragged her across the room, Jennifer told Andy Cohen on Wednesday night’s Watch What Happens Live that she actually felt sorry for Teresa after seeing her portrayed as a villain.

“I felt bad for Teresa, honestly,” Jennifer admitted. “Because I know why she said what she said. I know why she did it. We spoke about it at reunion. So, I don’t really want to give anything away. But she didn’t even think it was going to be that brutal.”

“At the end of the day I guess you could think, ‘How could someone pulling someone’s hair not be brutal?’ But she really did drag her across the room and nobody was expecting that,” Jennifer continued. “We even saw, by the time we turned around, Margaret was halfway across the room and it was brutal.”