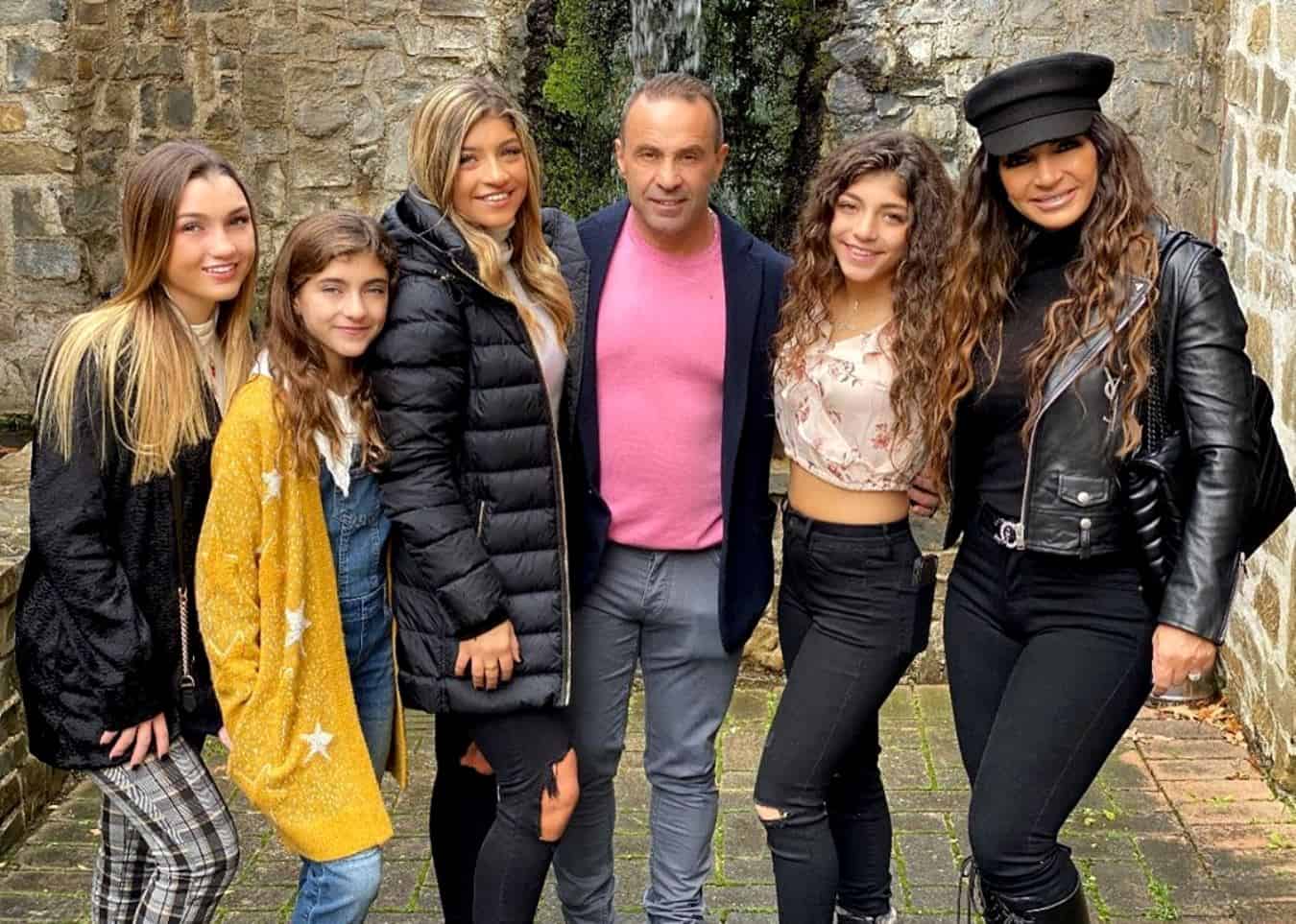 Following the most recent episode of The Real Housewives of New Jersey, Teresa Giudice shared her feelings on the RHONJ After Show about how her daughters are handling her and Joe Giudice’s separation news.

We got to see the touching reunion of Joe and his daughters in Italy during the season finale on Wednesday night, as well as the emotional conversation where Teresa told Joe she wanted to end their marriage.

On the RHONJ After Show video from Bravo, Teresa seemed composed yet nevertheless affected by the recent separation and its impact on her family.

“Do your daughters have any different opinions about you and Joe going forward?” the interviewer asked Teresa.

“No,” said Teresa, “They were fine with it. Like, they didn’t say anything […] they had nothing to say.”

“I guess if they were not happy with it, I would have heard about it,” Teresa stated in the video. “I didn’t hear anything so I like that.”

Co-star Jennifer Aydin chimed in, sharing how their separation wasn’t much of a surprise: “I don’t think it’s something that just like, came out all of a sudden. I think we all kind of knew that this is where it was maybe going.”

“Teresa and I share a bond that can never be broken,” Joe wrote on February 27. “We have both been through something that has brought so much hurt and heartache into our lives, for this is something that I must live for rest of my life. We are both strong, we are both survivors and only want best for our daughters. No matter what past is done.”

He added, “We want to go forward to teach girls all marriages do not end in hate. Love is real and co-parenting is possible. Our daughters are always loved by both of us and now it’s time to start new chapter in our lives!#familyfirst #familytime #daughters #nextchapterinlife.”

Although we’ve seen the end of Joe and Teresa coming for a while, the drama is still pretty intense and undoubtedly emotional for their family.

We’ll have to stay tuned for the RHONJ reunion to see how Teresa and her girls are doing.