Home Real Housewives of New Jersey News Joe Giudice Reveals the “AHA Moment” He Knew His Marriage Was Over to Teresa Giudice, Plus He Denies Cheating and Says Scene Showing Teresa ‘Rejecting’ Him Should Have Been “Private”

Joe Giudice Reveals the “AHA Moment” He Knew His Marriage Was Over to Teresa Giudice, Plus He Denies Cheating and Says Scene Showing Teresa ‘Rejecting’ Him Should Have Been “Private” 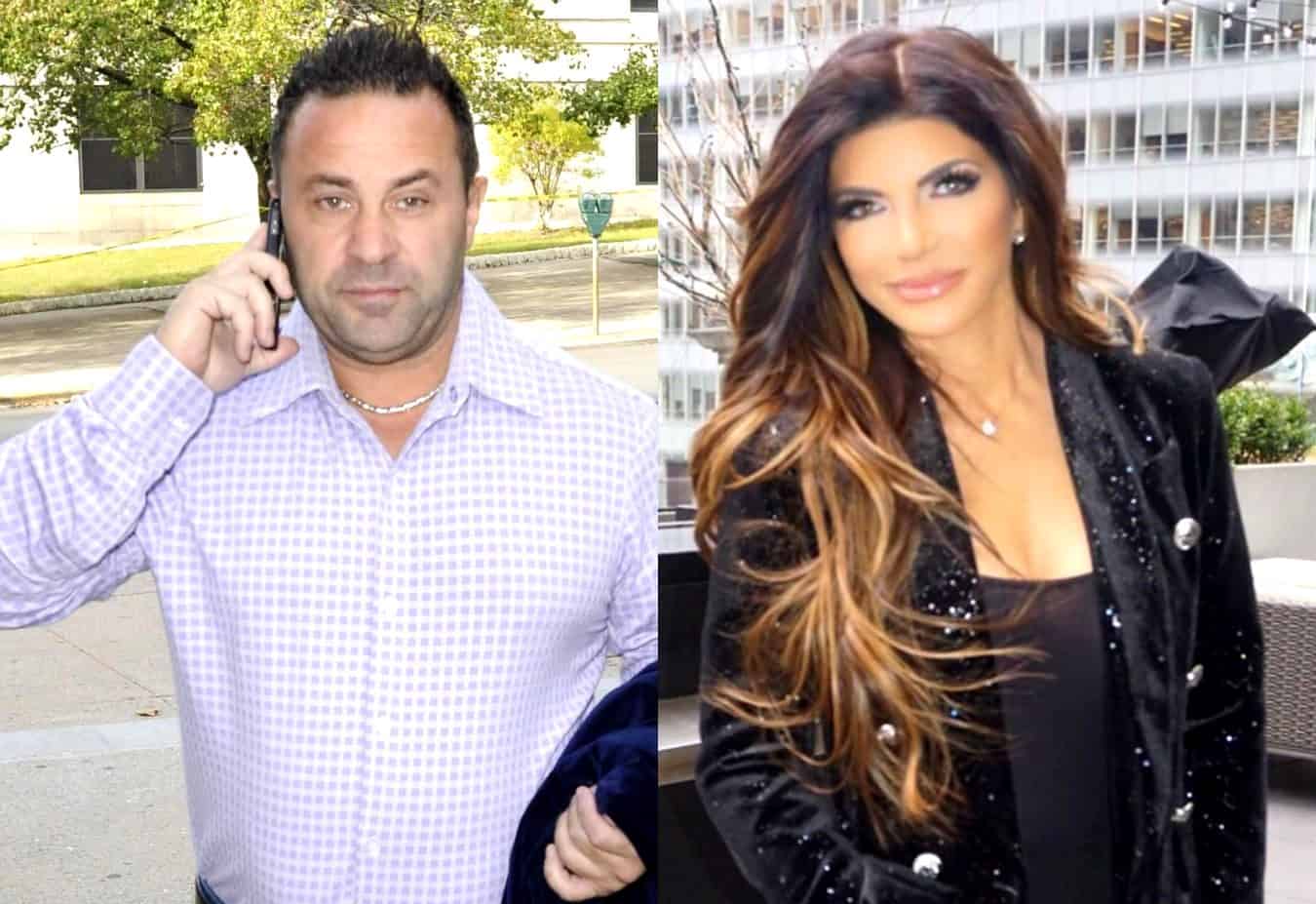 The Real Housewives of New Jersey star Joe Giudice is speaking out about the exact moment he realized his marriage was over and denying reports of having been unfaithful to wife Teresa Giudice.

After seeing a sneak peek at the upcoming episode, which featured Teresa explaining to Joe why she did not want to sleep with him upon her arrival to Italy last November, Joe took to his Instagram page, where he admitted that the awkward moment between them served as the “AHA moment” that led him to walk away from their 20-year marriage.

“My ‘AHA Moment!'” Joe explained in a February 22 post that included a clip of next week’s show and a slideshow of family photos. “That was my moment of insight. I felt rejected.”

“This is the first time while filming a scene, I had severe anxiety and grief. I was [locked] up for four years, any human would have a psychological impact of prison life. This was the moment, I knew deep in my heart she was being difficult with me for a reason. My wife has never said no to sleeping with me. I had to walk away. I don’t have resentment against her(her emotions are justified). it was off guard should have been private,” he recalled.

Joe then explained that after coming to the realization that his marriage to Teresa was over, he decided to focus solely on the four children they share, including Gia, Gabriella, Milania, and Audriana.

“I realized I must be responsible for only my kids that’s what matters. I want to provide, encourage, embrace them with my love in limited time together,” he said. 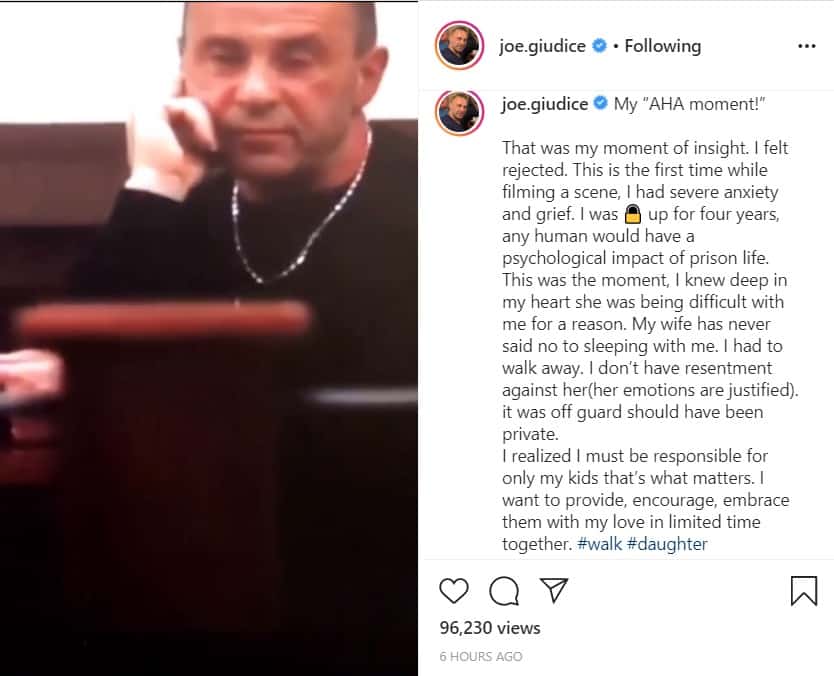 In the comments section of Joe’s Instagram post, he was met by a follower who called him out for doing a number of hurtful things to Teresa, including allegedly cheating on her and calling her a “c**t b***h” on an episode of RHONJ. The follower also mentioned that Joe had told Teresa he never wanted to marry her in the first place and suggested their kids, including 14-year-old daughter Milania, speak poorly to her because of the precedent he has set.

“I never cheated on my wife. I do get nervous on tv dumb yes cheater no,” Joe replied, failing to acknowledge any further allegations.

As fans of RHONJ will recall, Teresa recently opened up discovering that Joe was talking to another woman behind her back years ago on a second cell phone, explaining that she chose to stay with Joe, despite her suspicions of infidelity, because she had no actual proof of an affair.

“I had no proof but like, ‘Why are you talking to her like that, like, why do you have another phone talking to her?’” Teresa wondered. “I never had proof. I asked. I confronted her. I confronted the girl, and she denied it, of course. So I never got proof, so that’s why I got over it.”

The Real Housewives of New Jersey season 10 finale will air this Wednesday at 8 p.m. on Bravo.