Home Real Housewives of New Jersey News VIDEO: RHONJ’s Teresa Giudice Tells Joe Giudice She Doesn’t Want to Sleep With Him in Italy, Plus See Teresa End Her Friendship With Danielle Staub as Danielle Begs Her Not To

VIDEO: RHONJ’s Teresa Giudice Tells Joe Giudice She Doesn’t Want to Sleep With Him in Italy, Plus See Teresa End Her Friendship With Danielle Staub as Danielle Begs Her Not To 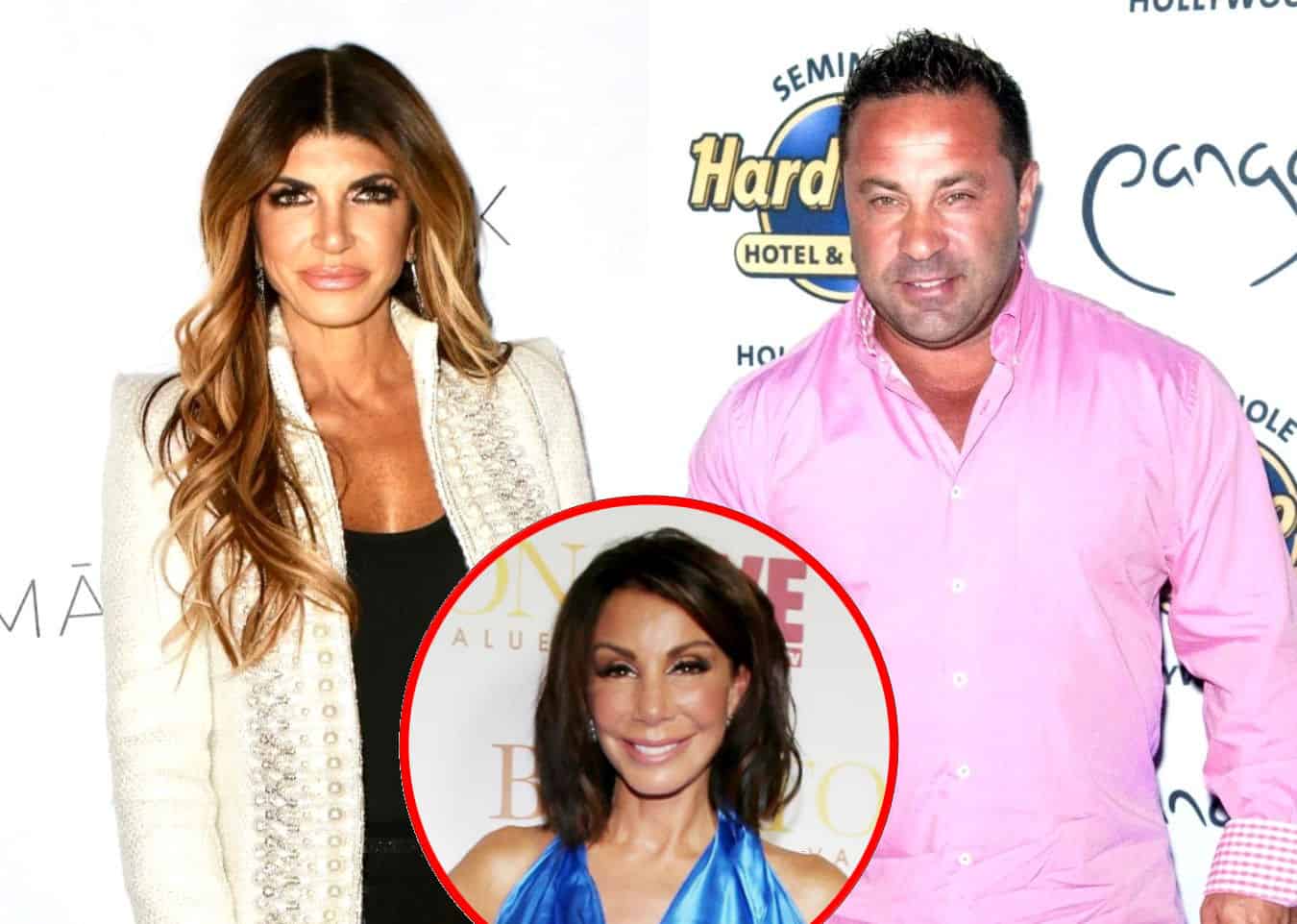 Teresa Giudice will be seen in a number of telling moments on next week’s finale episode of The Real Housewives of New Jersey.

In addition to an awkward moment in Italy with her now-estranged husband Joe Giudice, who assumed they would be sharing a bed during Teresa’s visit with their daughters, Teresa dramatically ends her friendship with Danielle Staub during a tense phone call after learning Danielle accused her of telling her to pull Margaret Josephs‘ hair.

In one sneak peek, after discussing the stress of raising four girls, Teresa asks Joe if he wants to stay with their kids.

“The beds are little,” he replies.

“Were you expecting to sleep with me?” Teresa wonders.

But Teresa isn’t comfortable with the idea of Joe in bed with her and suggests they pump the breaks.

“Joe, listen, we haven’t been together in almost four years. So, it’s kind of weird, right? It’s been a long time. You know? We need to like slow it down,” she states.

While Joe is clearly disappointed that he won’t be staying the night with his wife, he tells her that she may have a change of heart by the end of their trip as he packs up and heads home.

“Listen, by the end of this trip, things could change. Who the hell knows?” he says.

In another sneak peek at the RHONJ finale, which Andy Cohen shared on Wednesday’s Watch What Happens Live, Teresa is seen confronting Danielle on the phone after learning she told Melissa Gorga that Teresa told her to pull Margaret’s hair.

“I’m really upset, Danielle. Melissa just told me what you did,” Teresa states.

“Don’t be mad about this, please,” Danielle replies.

“I am! Don’t be mad? Now Margaret is going to think that I told you to hurt her,” Teresa fires back.

Although Danielle insists to Teresa that she “agreed with” the idea of pulling Margaret’s hair, Teresa claims she never agreed with the attack and tells Danielle that was her “f**king decision.”

“But Teresa! Don’t be mad at me, Tre. Don’t let this come between us,” Danielle begs.

“I just don’t want to be friends anymore. I had enough,” Teresa responds.

Then, as Teresa ends the phone call, Danielle is heard saying, “Please… Tre, I love you.”

You don't want to miss next week's #RHONJ finale + the epic 3-part reunion to come in the following weeks! pic.twitter.com/SMfefAc7ih