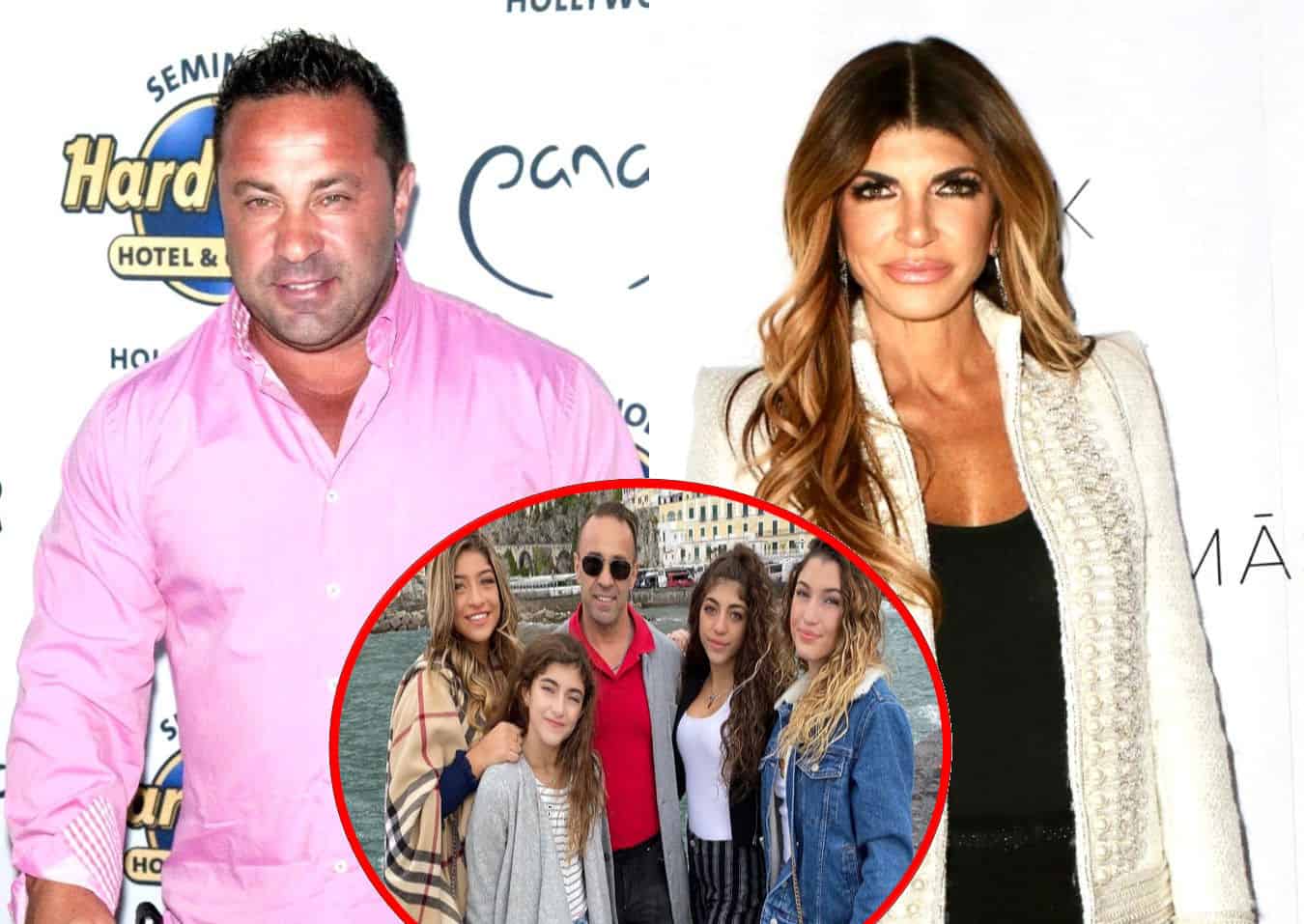 Before reacting to Teresa Giudice‘s Real Housewives of New Jersey reunion look with a flirty comment, Joe showed off a tattoo that honored his four daughters, including Gia, 19, Gabriella, 15, Milania, 14, and Audriana, 11. Plus, Gia also teased her own new tattoo.

“This is it Gia hope you like it!” Joe wrote in the caption of a March 4 video. “I got this to symbolize that I will always be my girls [eagle] because it flies higher than any other [bird]. I want to give them strength to mount up with wings as eagles, they shall always run and not be spent.”

“My girls will always be powerful and courageous women. I promise to look over you as strength and shield them from [evil]. Daddy loves you forever,” he continued.

After he shared this post, Joe was met with a comment from his oldest daughter, who seemingly confirmed that she has also gotten a new tattoo.

“Love you dad.. hope you liked mine too xo,” Gia replied. 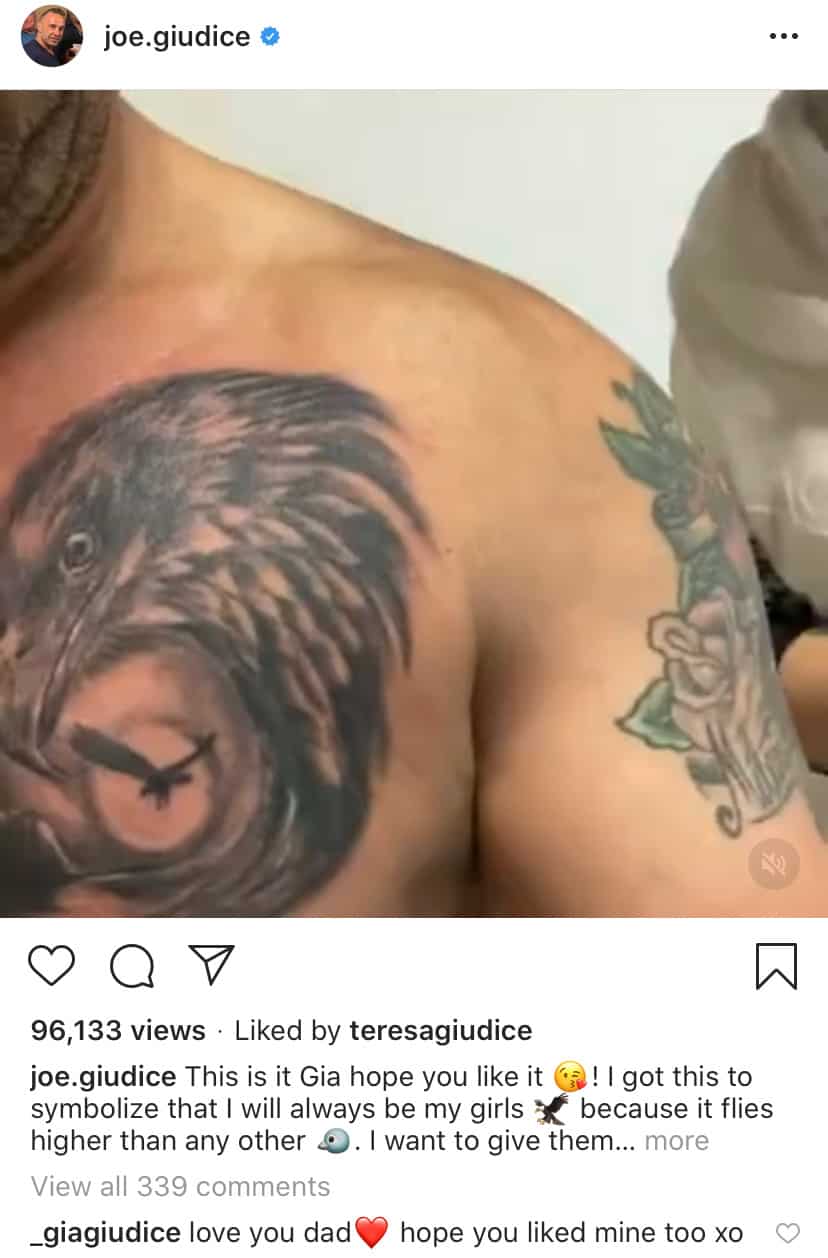 Although a number of Joe’s fans and followers responded to Gia’s message, requesting that Gia share a photo of her new tattoo, she has not yet done so.

As for Joe’s flirty comment to his estranged wife, he shared that in the comments section of a post she captioned, “Teresa Cohen.”

After Teresa shared a photo of herself and Andy Cohen posing together on the set of the RHONJ season 10 reunion, Joe said his former partner looked “pretty” and included a fire emoji and a red rose emoji. 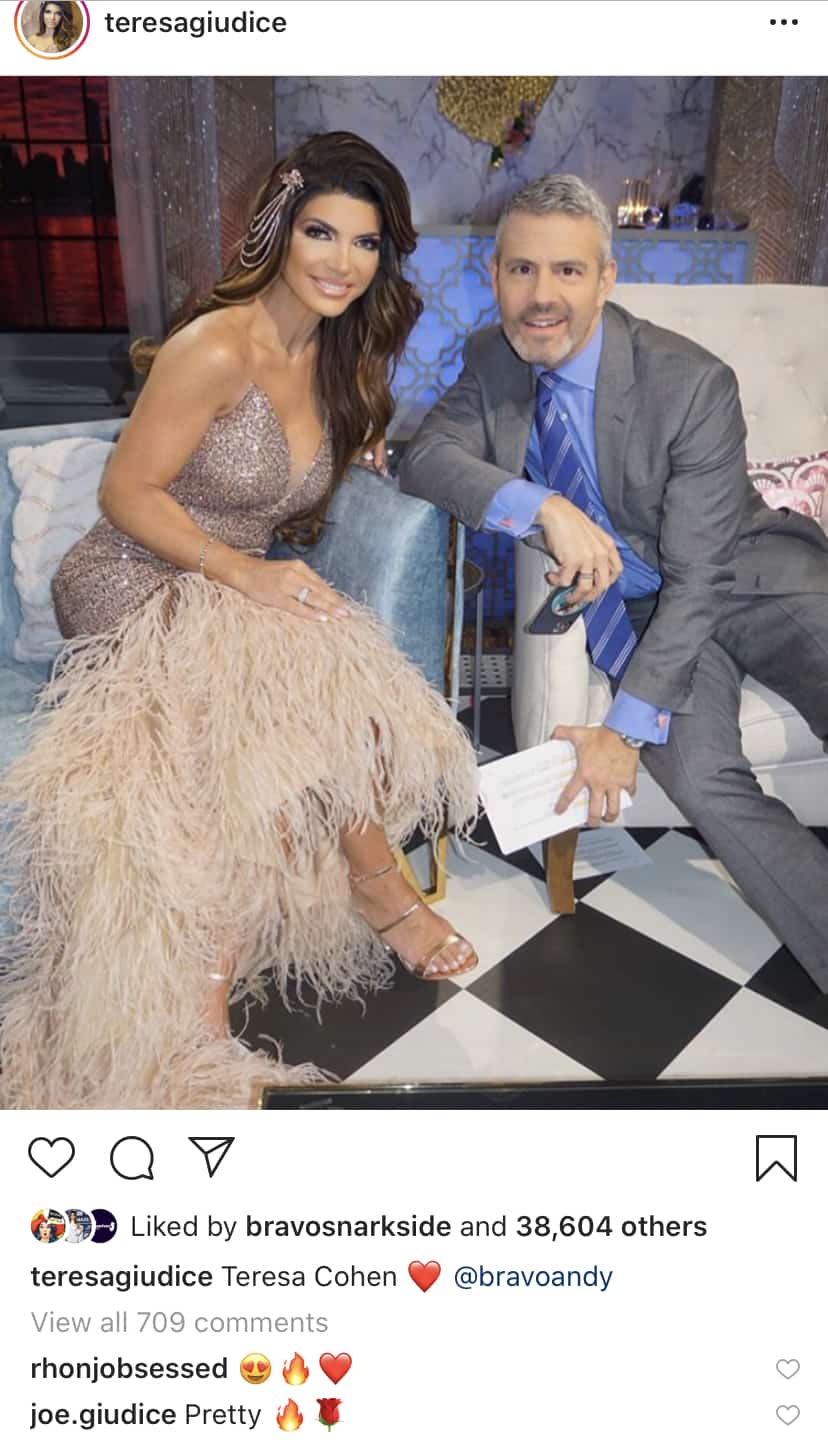 Teresa and Joe separated last year after 20 years of marriage but have remained on good terms as they continue to co-parent their kids.

The Real Housewives of New Jersey season 10 reunion continues with part two next Wednesday at 8 p.m. on Bravo.