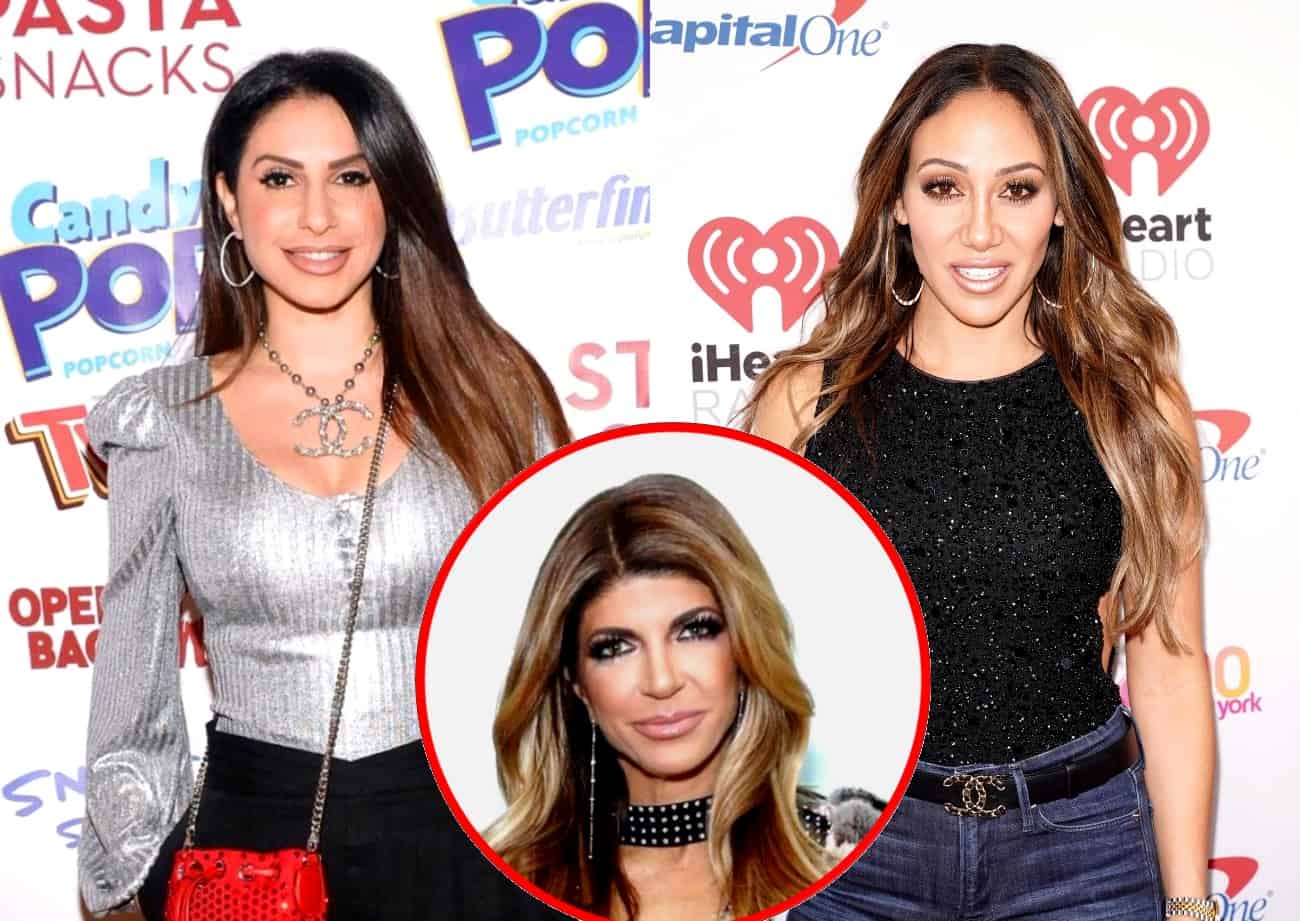 Jennifer Aydin and Melissa Gorga have taken their feud to social media.

After being accused of being “self absorbed” and faking a storyline on part one of The Real Housewives of New Jersey, Melissa poked fun at Jennifer’s allegations by sharing a video on Instagram, and right away, a social media battle was launched.

“Them: you’re self-absorbed … Me: ______,” Melissa wrote in the caption of a video of herself strutting her stuff in her dressing room.

After the clip was brought to Jennifer’s attention on Twitter, she took a dig at her RHONJ co-star.

“Why does she make that look? Like she’s constipated?” Jennifer asked. 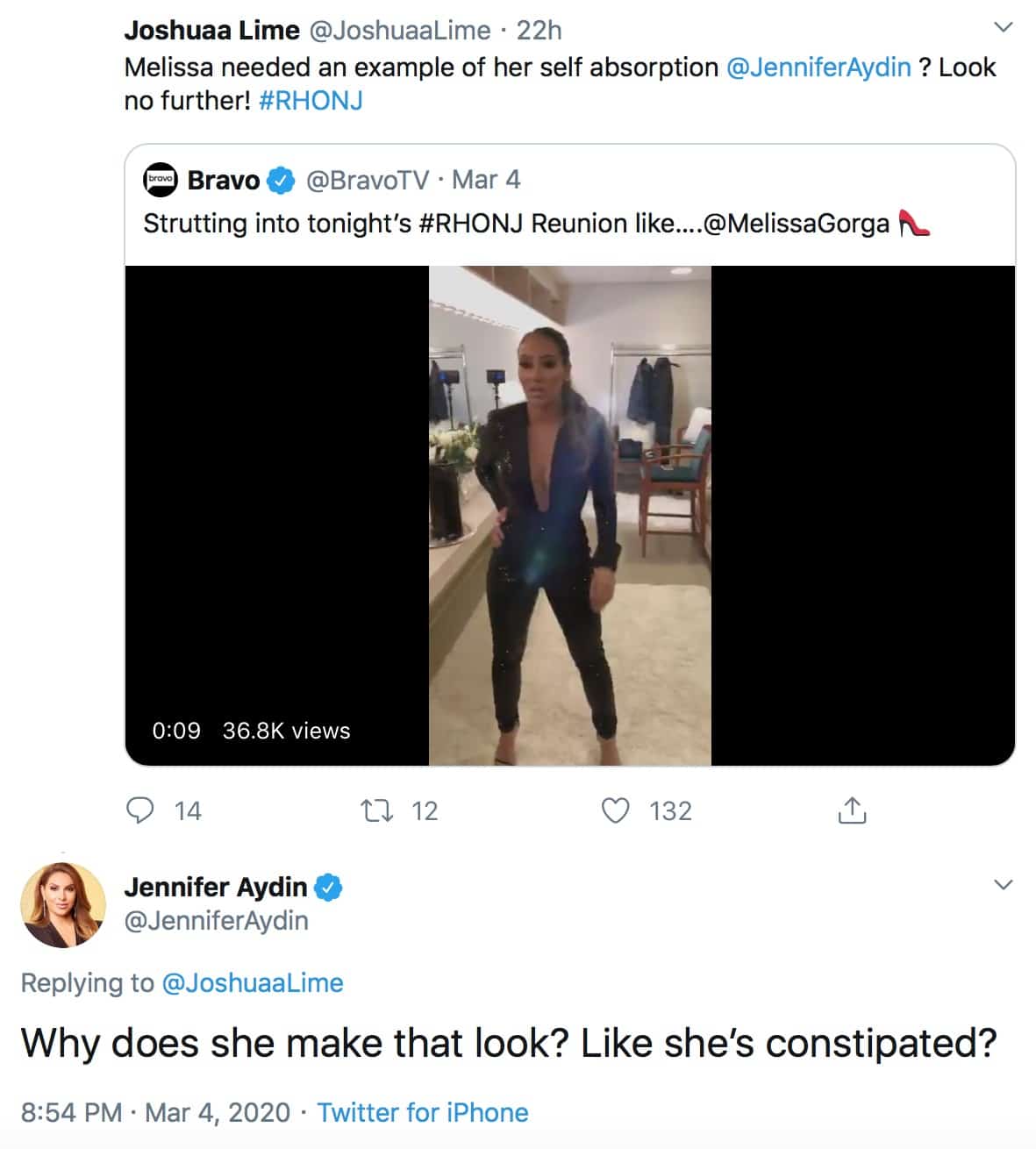 In addition to sharing a number of Instagram Stories in which she was applauded for being “so fkn cute,” “always [looking fire],” and  “gorgeous,” Melissa clapped back at Jennifer with a couple of posts on her Instagram Stories.

In the first post, Melissa re-shared a message from a friend who suggested someone “put a muzzle” on Jennifer. 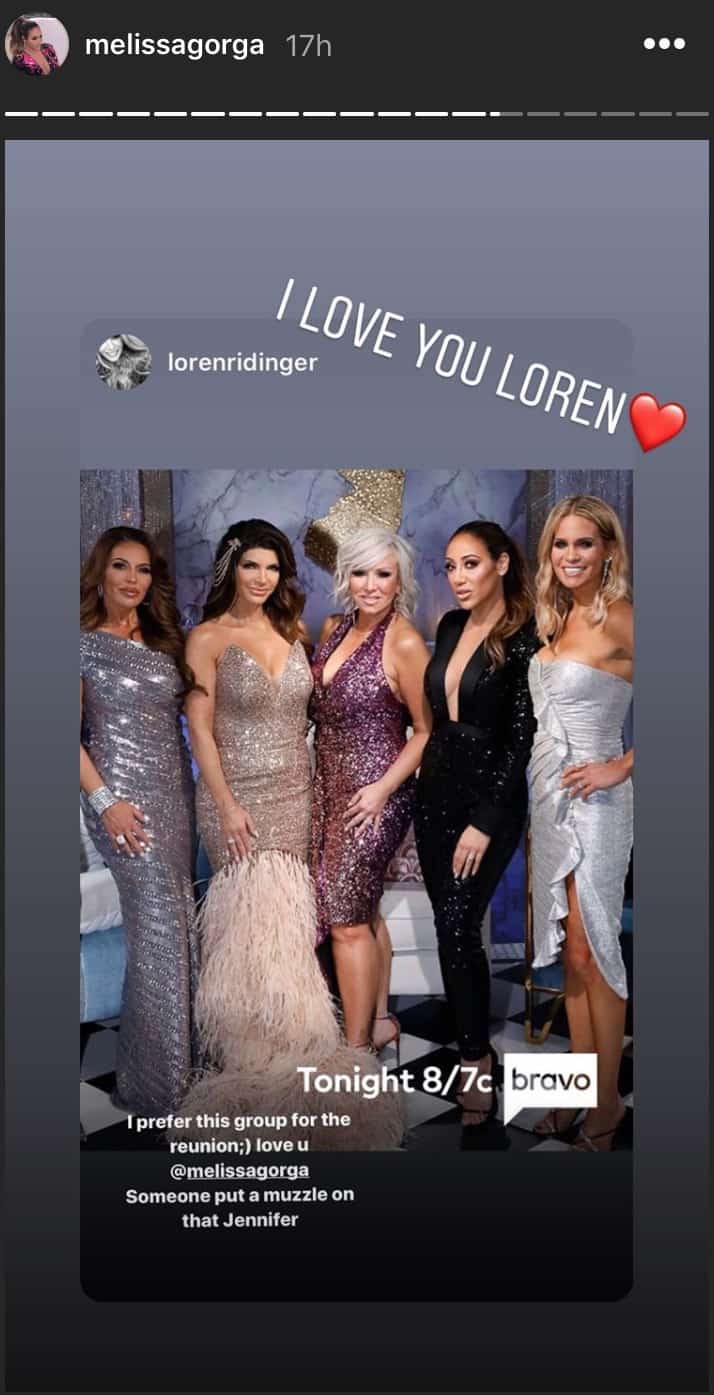 In Melissa’s second Instagram Stories post, she re-shared a message from a fan who said “confidence is silent” and “insecurities are loud.”

“You keep doing you [Melissa Gorga],” the fan continued. “You’re absolutely amazing and REAL women celebrate other women who love themselves, not tear them down and call them self absorbed.” 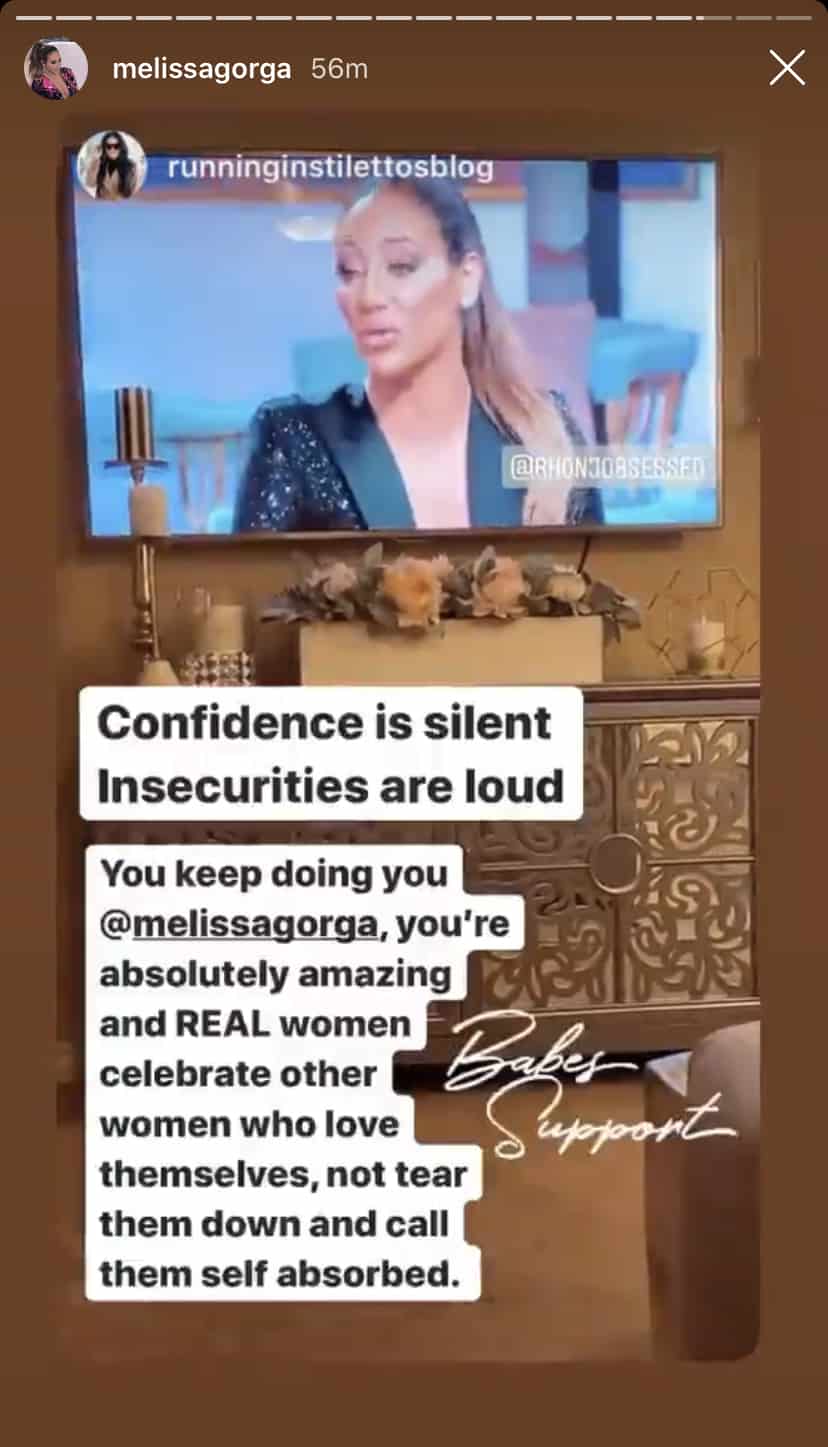 Melissa also took aim at Jennifer on Twitter by sharing a couple of telling re-tweets, one of which took aim at her very ironic tagline and another in which it was suggested that Jennifer was being controlled by Teresa Giudice.

“[Every time] Jennifer talks she look at her Boss Teresa to make sure she’s saying the right thing,” read the second.

The Real Housewives of New Jersey reunion continues next Wednesday with part two at 8 p.m. on Bravo.