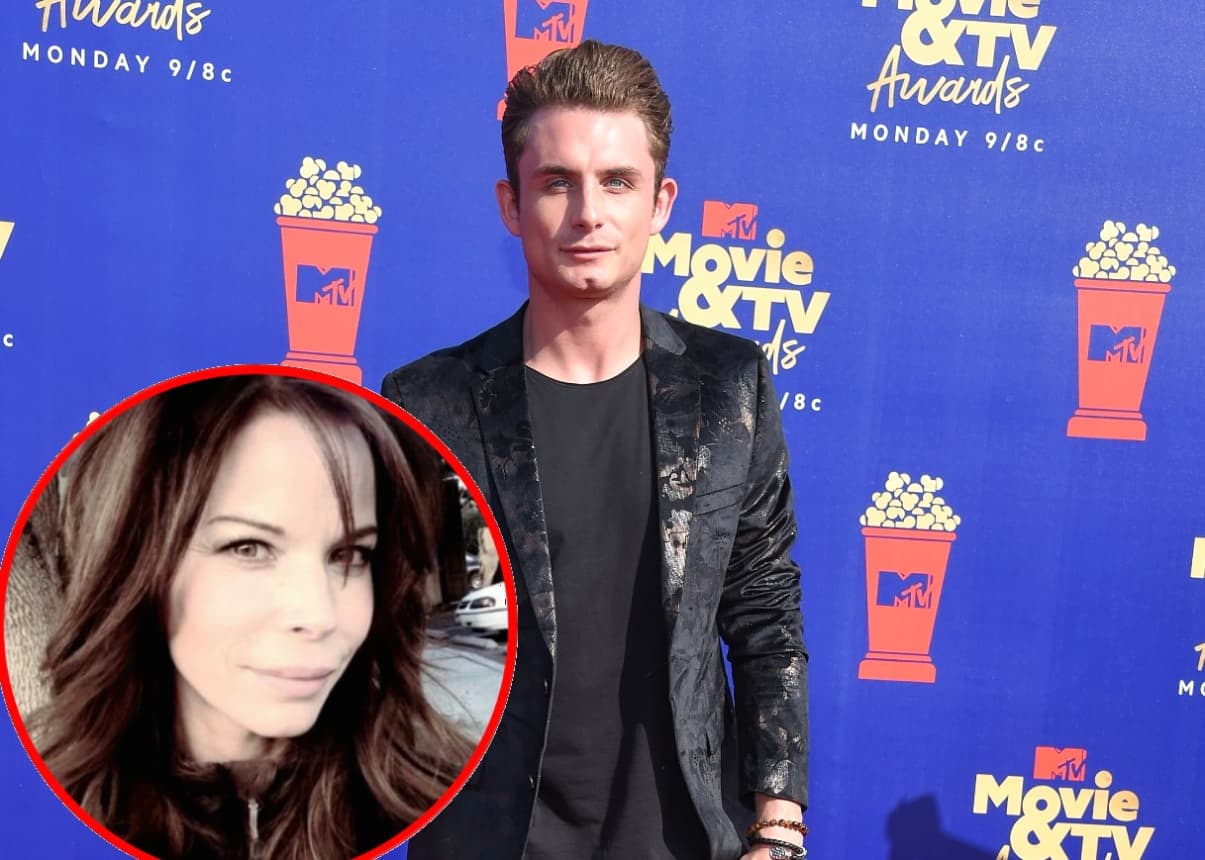 James Kennedy is opening up about his relationship with his mother today Jacqueline Georgiou following their rift on Vanderpump Rules last season.

James is finally taking his sobriety seriously, but it hasn’t been an easy ride for the DJ as we’ve all witnessed his many ups and downs on the show. He’s claimed to be sober many times before, but this time is different. In fact, he is now nine months sober and “feeling fre$h!”

The “See You Next Tuesday” DJ recently spoke with The Daily Dish podcast and opened up about his current relationship with his mom, first sharing how she’s doing these days.

“My mom’s really good,” he says. “She’s still sober. So she has now over a year under the belt, and our relationship is at a high, you know?”

It’s clear that the mother-son duo is finally able to lean on one another for support, which is a crucial part of maintaining sobriety. James reveals that their sobriety has really changed their entire perspective on life and brought them closer together.

“She texts me every day, we talk every day, we live 10 minutes away from each other, so I like to see her,” James says. “I treat her for lunch a couple times a week. So, we stay close and our relationship has gone leaps and bounds since I stopped drinking as well, because now that we’re both sober, we’re both counting the blessings together every day and it’s just such a beautiful thing, you know?”

As VPR fans know, Jacqueline made a few appearances on the show last season. To say that her behavior and some of the statements she made were somewhat shocking would be an understatement. The queen herself, Lisa Vanderpump, was even forced to put James’ mother in her place at one point after Jacqueline said to Lisa, “You’re his mother figure.” Lisa quickly responded with, “No, you’re his mother figure!” That particular scene may go down as one of the cringiest, most difficult to watch in VPR history, and that’s saying a lot. He shares his thoughts on his mom’s time on the show and says neither of them is embarrassed.

“I think that I’m projecting realness through this show and I think that watching it back with my mom, we know what we’re doing here. We’re not embarrassed; we don’t worry about what the f–k people are thinking about me.” He sweetly adds, “I’m in New York City, I’m DJing shows around the world right now. Life’s good and I love my mom for everything that she is.”

The resident SUR DJ also provides an update on the rest of his family. He says his father is still in England but should be visiting soon, and his brothers are “doing well.”

Although we’re currently viewing some of James’ “drunken” antics play out on season eight of the show, it’s nice to know there’s a happy ending. Hopefully next season we’ll get to know “Sober James,” but let’s hope he still brings the same level of drama. His co-star, Lala Kent, is currently proving that sober doesn’t have to equal boring.