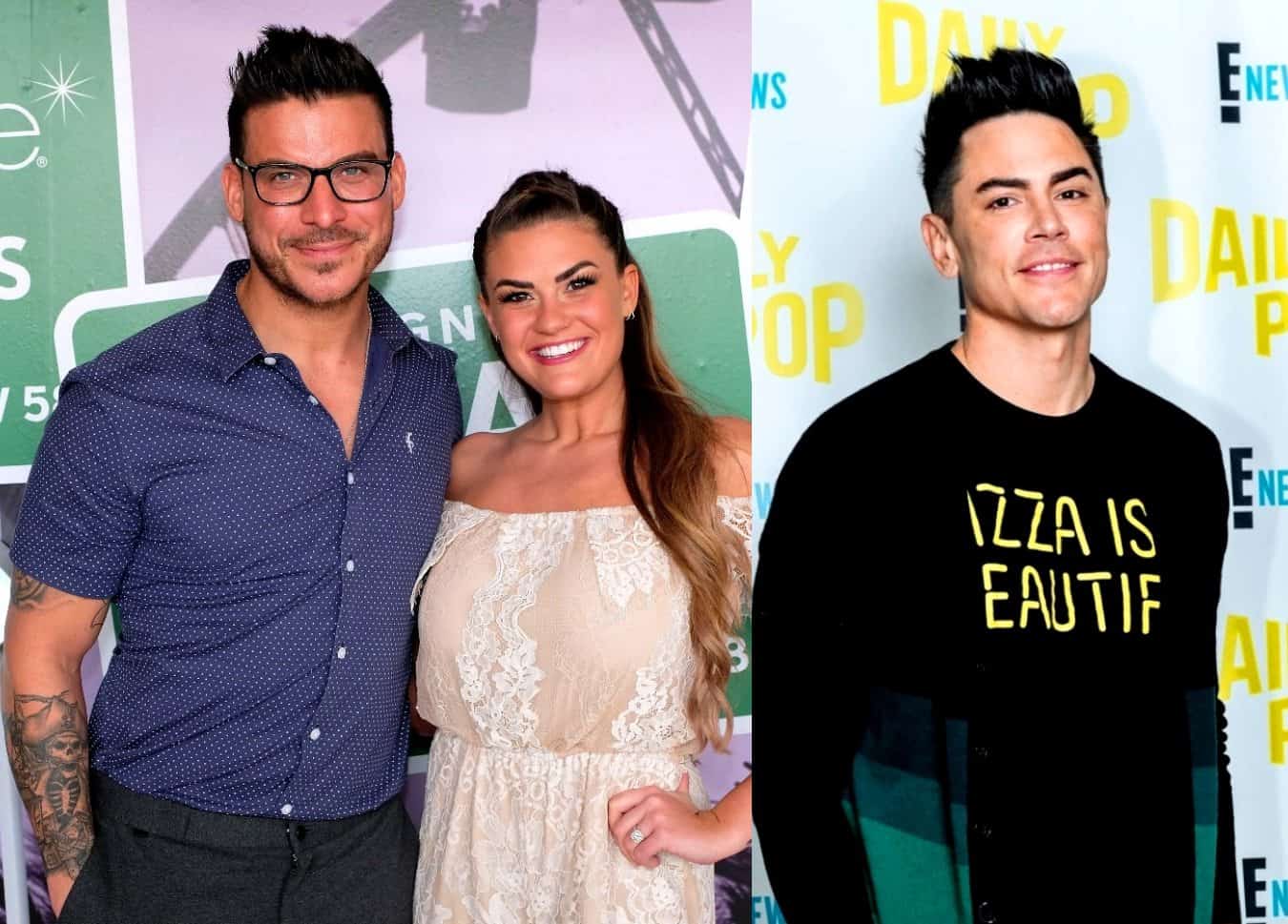 In a new interview, the two discussed the current state of affairs and looked back on the drama that led up to their fairytale Kentucky wedding. First, Jax explained why he no longer wants Tom in his life.

“If this was a first time thing, a first-time offense with Tom … and I’m not saying it’s all him, it [..] goes both ways,” Jax explained to People TV. “I’ve just been burned a few times by him and it’s kind of like, how many more times do I need this, I’m 40 years old, I don’t need this kind of toxicity in my life.”

Jax went on to say how Tom is “a good person” but just “not someone I want in my life.”

Brittany interjected with her positive outlook, noting how if the two were able to just hang out together again, they would probably make up. Jax pointed out that he hasn’t spoken to Tom since the wedding, deflecting Brittany’s comment about how they’ve spoken to each other here and there at events.

When asked about Jax’s decision to disinvite Tom to the wedding, Brittany admitted she was drunk when she told Jax to hit Tom and was acting from a place of anger. She was mad at Tom after he questioned the couple about why it took them so long to fire their controversial pastor prior to the wedding.

“Whenever I was drunk and saying, ‘hit him!’ — which was so embarrassing to see — obviously that night I was like, ‘he is not coming to the wedding!’ I was just so upset,” shared Brittany. “But the very next day I was so embarrassed that I acted that way and I really just wanted [Jax] to think about it for a while because they’ve been friends for 20 years.”

The beer cheese mogul added how she wanted Jax to re-think the wedding drama since his father has already passed and he left his mother out from the guest list. She didn’t want him regretting this down the road, and she also shared her hope for the two to reconcile:

“I feel like — still to this day — I feel like they’re gonna be okay eventually, I don’t know. I just have hope still,” she stated.

Jax went on to explain how he ultimately welcomed Tom as his best man due more so to pressure from the women in the Pump Rules cast, including his wife, Katie Maloney, Stassi Schroeder, and Kristen Doute.

Responding to his comment, Brittany clarified that she and the other women weren’t ever mean about wanting Jax to include Tom in the mix, but rather, they thought it was the best decision for the two in the long run.