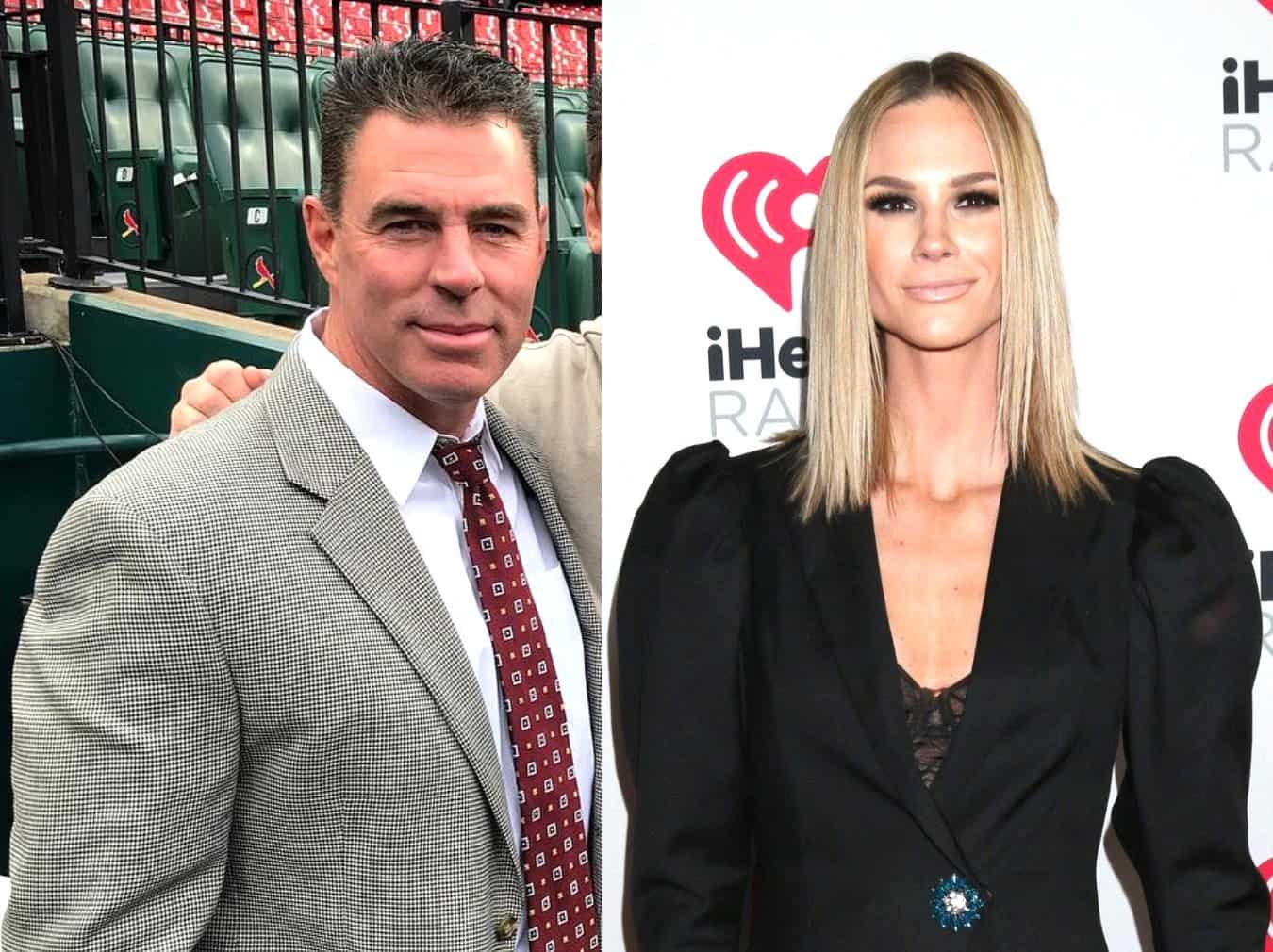 Meghan King Edmonds and Jim Edmonds are now in the midst of a messy custody battle over their three children, including three-year-old daughter Aspen and one-year-old twin sons Hayes and Hart.

As Jim awaits the results of his coronavirus test, which he underwent on Saturday after feeling “super sick,” former Real Housewives of Orange County star Meghan is fighting back after being accused of violating their custody agreement by leaving St. Louis earlier this month and heading to her rental home in Los Angeles as Jim remained in Missouri.

“Meghan took the kids to Los Angeles in mid-March in violation of her custody agreement and without discussing it with or even telling Jim,” an insider told Page Six on Sunday, March 29. “Jim is livid that she would travel with small kids during this health crisis and put them at risk, and also he is unable to see them or take care of them because of travel restrictions. Meghan’s actions were reckless and irresponsible.”

According to the report, Jim exchanged his and Meghan’s kids with her on Friday, March 13, as their oldest child, Aspen, was suffering from a fever. Then, just one day later, as Jim traveled to Nashville with his daughter Hayley Edmonds and girlfriend Kortnie O’Connor, Meghan took the children to Los Angeles. Jim had no idea she did so until days later during a FaceTime call.

Although Jim claimed to be in the dark about Meghan’s decision to care for their kids in Los Angeles amid the ever-spreading coronavirus, a rep for the reality star told Page Six that a judge approved Meghan’s request to take their kids to California as part of their temporary custody agreement.

“There was no violation whatsoever,” the rep confirmed.

Instead, the rep continued, Meghan and Jim agreed that the children should be cared for in one household throughout the pandemic and noted that their pediatrician felt that was in the best interest of the kids. The rep also accused Jim of choosing to party in Nashville over taking care of his kids.

Meghan’s rep’s full statement to Page Six can be seen below.

“Meghan’s first and only priority has and always will he keeping her children safe. She is confused why Jim’s camp would blow up a non-story that he was completely aware when he is supposedly on his death bed after prolifically posting about his COVID-19 test on Instagram.

Meghan had a pre-planned trip to take the children to California that had been approved by their Guardian ad Litem and their judge. Jim handed over custody to Meghan 2 days early so he could party in Nashville (the epicenter of the coronavirus outbreak at the time) with his 22 year old daughter and his new live-in girlfriend – so Meghan simply took the children to California during her custody which is completely legal per the terms of their temporary custody agreement.

Jim clearly has a short memory to bring attention to this.

Jim had told Meghan that one of the children had a fever but didn’t have time to take her to the doctor because he wanted to get to partying in Nashville. So Meghan took the child to the doctor where she didn’t have a fever or any kind of infection or virus whatsoever. Also of note, he has not had custody of his other two young children since BEFORE he last had he and Meghan’s three children because it was mutually agreed upon that the children would quarantine in their respective homes where they were when the pandemic struck (on recommendation from their pediatrician). (So why isn’t he complaining about not seeing them?)

Therefore it wouldn’t matter if the kids were in California or Missouri because he isn’t seeing any of them.

Furthermore, since Jim developed coronavirus symptoms 5 days after partying in Nashville it is a blessing that the children have been quarantined with Meghan where she is keeping them safe and entertained.

Meghan has never and would never do anything illegal in regards to their children and this circumstance is no different.”

In response to Meghan’s rep’s statement, Jim’s rep told the outlet that there was never an agreement in place that would allow Meghan to take their kids to Los Angeles. He insisted he was completely blindsided when he learned the children had left the state.

“If Jim had known Meghan was planning to take their children to California, he never would have let that happen. She took a child with a fever to an epicenter of this crisis,” an insider explained.

According to the report, some expect Los Angeles to see the same devastation that New York is currently facing in the coming days.