Home Shahs of Sunset EXCLUSIVE: Shahs of Sunset’s Mike Shouhed Reveals if He Still Talks to Ex-Wife Jessica Parido, Talks New Love With Girlfriend Paulina and if He’s Open to Getting Married Again, Plus He Shares Update on His Businesses

EXCLUSIVE: Shahs of Sunset’s Mike Shouhed Reveals if He Still Talks to Ex-Wife Jessica Parido, Talks New Love With Girlfriend Paulina and if He’s Open to Getting Married Again, Plus He Shares Update on His Businesses 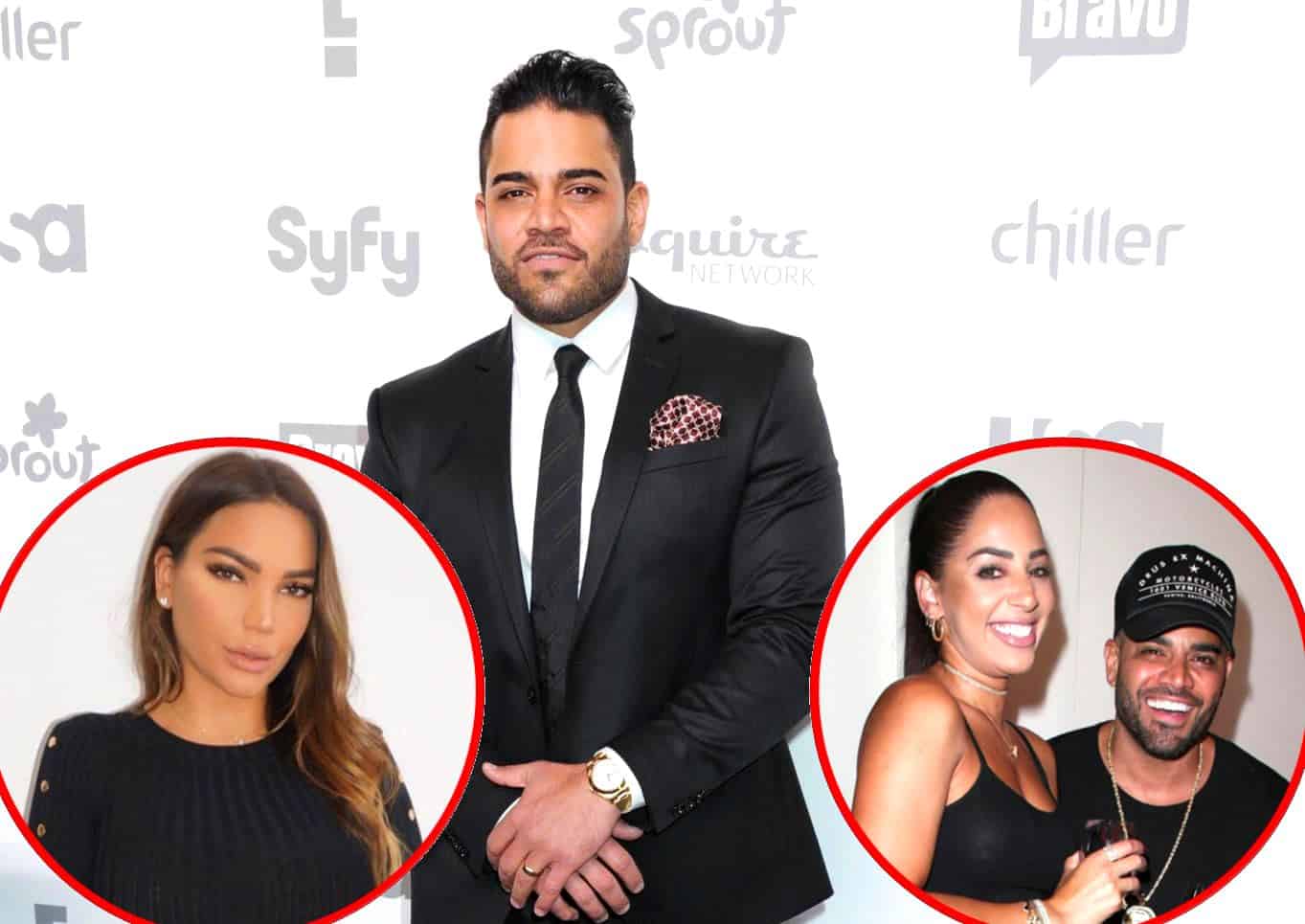 Is Mike Shouhed still in touch with his ex-wife, Jessica Parido? During an interview with Reality Blurb, the Shahs of Sunset cast member is answering that question and more.

In addition to revealing where he stands with Jessica, Mike opened up about the way he met girlfriend Paulina Ben-Cohen before revealing what made him fall for her, explaining his thoughts on getting married for a second time, and offering an update on his businesses.

When asked if he’d been in touch with Jessica, who gave birth to her first child last year, Mike told us, “Not really.” However, he also made it clear that he’s not harboring any ill will towards her.

“There’s no reason for us to talk,” he explained. ” She’s moved on. She’s in a good place. I wish her well. She’s amazing. She just wasn’t the right person for me. She’s happy and I’m happy and that’s exactly what’s supposed to happen.”

Currently, Mike is committed to girlfriend Paulina, who he met through a mutual friend, and from the sound of things, he couldn’t be happier.

“[The friend] said, ‘I have this incredible friend that I want you to meet.’ She didn’t tell me that she’s Persian, didn’t tell me her religion because she knew that if she did it might cause me to go in with preconceived thoughts of what a typical ‘Persian girl’ could be like,” Mike recalled.

According to Mike, he and Paulina spent hours talking on the phone before they met and didn’t initially realize that they were both Persian. Then, after tripping out over the fact that they were both previously against the idea of dating a Persian, they met in person and immediately clicked.

“[Paulina] was even more beautiful than she looked in her pictures and I just loved everything about her, her drive, she was vegan, everything she wanted to do was organic. She was kind of like a Persian flower child, which you never find. She was like a Persian hippie and it was really cool,” Mike gushed.

While Mike was completely against the idea of marriage after his split from Jessica, Paulina has made him reconsider.

“She opened my eyes to being in love again, wanting to be in a relationship, loving somebody, and ultimately, wanting to be married again and having children,” he admitted. “Both of our parents have been married for 40+ years. They’re very traditional. I want to grow the family. I want to have children with Paulina so ultimately, the next step would be to get engaged and married and eventually have kids.”

As he looks forward to a future with Paulina, Mike is also staying focused on his growing construction business and his line of CBD products.

“That’s going extremely well, especially in a time now that so many people are suffering from insomnia and anxiety,” he shared about his thriving CBD line which he launched with one of his partners.

And although a number of businesses around the country have been shut down due to the coronavirus pandemic, Mike has been able to continue to run his big building project, which was shown on the show this season, and told us “things are going better than ever” as he proudly employs between 40 and 50 people.

“We supply masks for them, we supply hand sanitizers, gloves, [and] we’ve implemented the six-foot rule so guys cannot be within six feet of each other,” he explained. “We’re following the guidelines of the CDC and we’re employing people and allowing them to feed their families in this time of crisis.”